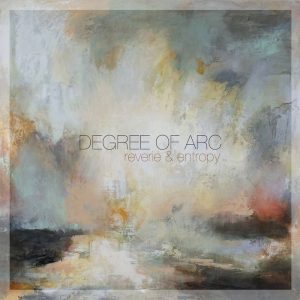 Surrey’s Degree of Arc has always been under-appreciated to the point of cruelty. They started out as the band named Circles, and released a self-titled LP under that name. When another band with the same name emerged, they were forced to change it. Shortly thereafter, I admittedly lost track of this band. It wasn’t until I read a review for their sophomore release Halls In Hospitals that I realized I actually knew this band already. I was impressed by their ability to release nothing but solid album after solid album. Now that their third album, Reverie & Entropy has released, I must say my impression has deepened.

Reverie & Entropy doesn’t really adhere to the generic format or ever-changing trends of post-rock. They stick to making their own sounds, and own them. The climaxes in each song are very soft, and the “Wall of Sound” is very gentle and unabrasive. It’s almost like easy listening post-rock, it doesn’t demand very much attention but still rewards you for doing so.

The shifts from ambience to melodies are flawless, the instrumentation is on point, and the layering/buildup is perfection itself, the best example being ‘Coma Come Quiet’ – eight and a half minutes of musical brilliance. Even when it’s at its height of volume, it’s not at all overpowering. The dynamics are well-defined, which shows an expert knowledge of mixing and mastering in this world of pissing contests to see who can release the loudest music.

This album evokes feelings much like the title would imply: Chaotic day dreams. The music builds with such intensity, and brings you with it to serene daydreams, and takes you along when it all falls apart. Reverie and Entropy. This album is completely beautiful. I sincerely hope it makes waves in the post-rock and gains some sort of notoriety. They worked hard, and deserve recognition.