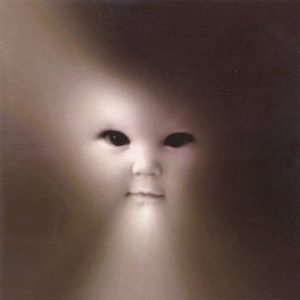 Sigur Rós’ discography has always received exuberant praise. From Melody Maker’s description of Ágætis byrjun as “the sound of God crying golden tears in heaven” to the melodramatic reviews of the band’s live shows, Sigur Rós have been commended for just about everything they’ve done.

I say “just about” because there is one release that has almost been ignored completely and, when it is actually mentioned, is referred to as the black sheep of the band’s output. Von, Sigur Rós’ experimental début album, is light years away from anything they would do subsequently. The tranquil ambient soundscapes and post-rock crescendos found on Ágætis byrjun onwards are almost completely absent here, replaced by eerie sound collages (‘Sigur Rós’), My Bloody Valentine-influenced shoegaze (‘Myrkur’) and even industrial post-punk (‘Hún Jörð…’). This is not the same band that people have come to know and love, which is perhaps the biggest reason why Von is so criminally overlooked.

Don’t misunderstand, this album doesn’t come close to touching any of the three masterpieces that would follow it, nor arguably any of the band’s later work either. But what does make it special is the intense atmosphere they conjure up. Of course, that has always been the band’s forte, but Von is different. It shows the band at their earliest stages, yet to discover their true potential. It’s there, however, just obscured by an unnecessary long run time. Take away the 10 minutes of silence filled by ’18 sekúndur fyrir sólarupprás’ and ‘Rukrym’, a portion of ‘Myrkur’ played backwards (a trick the band would later repeat on Ágætis byrjun and actually make it work) and you would have a much more digestible outing.

When you actually pay attention to the songs, there is plenty to love. ‘Hafssól’ and ‘Von’ were later reworked by the band for the Hvarf/Heim album and it certainly makes for an interesting comparison to hear them in their original forms. ‘Hafssól’, in particular, sounds very different to the later version but knowing what the band were trying to achieve makes it quite spectacular in its own right. ‘Von’, even in its ‘primitive’ form, is one of the band’s best songs. The gentle percussion and acoustic guitars combined with Jónsi’s ethereal vocals make it the closest thing on the album to what they would later produce. It’s strikingly beautiful and it stands out on an album that has its fair share of ugliness.

Special mention needs to be made of ‘Hún Jörð…’, too. This is probably still the strangest and most aggressive thing Sigur Rós have ever done. Repetitive drumming keeps the chaos in-check, while everything else steadily grows more intense. Towards the end of the song, things seem to be winding down before a maniacal voice starts laughing menacingly, exploding in a wall of sound and screaming (yes, screaming… in a Sigur Rós album). For those who thought Kveikur was the first time the band indulged in darker industrial/post-punk influences, think again. The other real highlight is ‘Syndir Guðs (Opinberun frelsarans)’, which delves into similarly dark territory but without the craziness. Exploring ambience with a haunting bass rhythm (that’s eerily similar to the one in ‘Olsen Olsen’ from their next album), the song captures the essence of what Sigur Rós are all about. It’s a different kind of beauty to the one we’re used to hearing from them, but the song is gorgeous all the same.

Von is not a quintessential Sigur Rós album. It’s not something everyone needs to listen to and it will, in all likelihood, be forgotten about. But for those who truly love the band and can appreciate their artistry even from their humblest beginnings… Von is so very, very worth it.