(((O))) : Interview: Conrad Keely from …And You Will Know Us By The Trail Of Dead 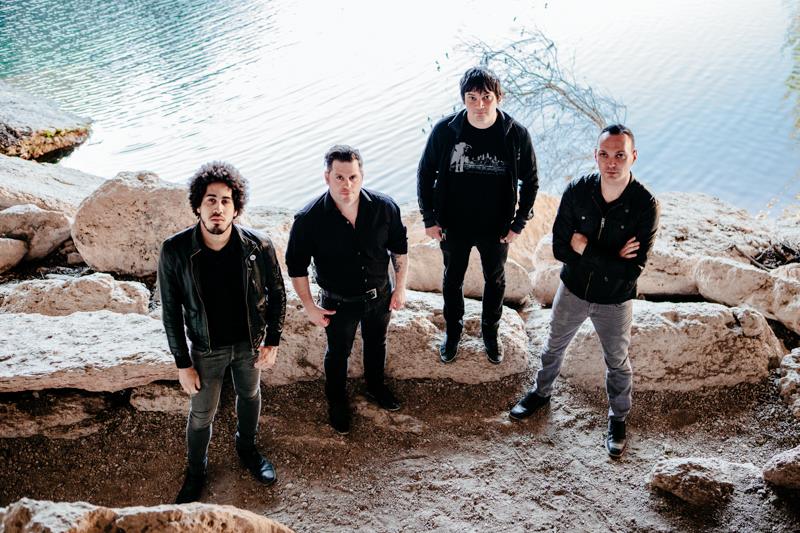 Ahead of their latest Australian tour Gilbert Potts caught up with Conrad Keely from US alternative rockers …And You Will Know Us By The Trail Of Dead.

Conrad: I don’t want to sound cheesy or anything, but it might have been the first sounds of crying my son made when he was born.

(((o))): To what degree are the sounds around you inspiration for your songs?

Conrad: I live in Cambodia, it’s a noisy place full of weird sounds – temples, monks chanting, loud speakers blaring, egg sellers and vendors. I need that chaos, and I think it helps that it’s in a language I don’t understand.

(((o))): In what way is music similar to the visual arts, both broadly speaking and for you?

Conrad: It’s not that they’re necessarily similar at all, but that the inspiration to create them comes from that same unknown well-spring. Art is about ways of seeing, and music about ways of listening. As observers and listeners, we’re like detectives trying to piece together a puzzle – we hear a sound or see an image in our head, and our challenge is to re-create that vision. We know other people who’ve done similar, or perhaps better, and we have to study their work to see what tricks they used to do that. As a composer and an artist, I feel I have the privilege of being an eternal student.

Conrad: All I know from experience is that trying to write a book makes music and art seem relatively easy.

(((o))): My impression is that despite casting a wide net for inspiration, your songs come from careful selective harvesting of very specific emotions, ideas and experiences from your own life and from external sources like events, books, other music and so on. Snapshots rather than narrative. Are you trying to change the world, find a connection with others, make sense in your own mind, or something else?

Conrad: I wish I knew. All I know is that if I stopped being creative, I wouldn’t have any other real purpose. So perhaps it’s simply an act of survival, knowing that by being creative I’m contributing to the human experience, and when I stop doing that then it’s time to leave.

(((o))): You’ve lived in very different cultures and places. What is “homesickness” in that context?

Conrad: I guess I don’t get homesick. Maybe if I went to the moon I’d feel homesick for earth. Maybe I wouldn’t.

(((o))): How important is having a national identity for you?

Conrad: I’m quite adamantly opposed to it, I think it’s a horrible thing to base your identity on, it’s at the heart of a lot of the problems on the planet. I’m a human, I’m not a citizen. But, if it makes people feel better about themselves to think of themselves as a member of some government fabrication, some power structure, hey, whatever floats their boat. I know that in the end we all share the same history, and I derive as much pleasure reading about Russian history as American Civil War history – I’m fascinated by the past. But that doesn’t mean I need to base my identity and a false sense of pride on my connection with the history of any nation.

Conrad: I don’t think I look at my life in terms of gain and loss. What I learned, I learned. What I didn’t learn, I have yet to learn.

(((o))): You’re touring here in Australia next month bringing The Red Paintings back as a support. Will we see you as a human canvas?

Conrad: I already told Trash McSweeny that when I die I want them to use my body as one of their canvases.

Conrad: It’s become easier in some ways, because we’re better at it. But I do notice that going back to beautiful or fascinating places like, say Prague, or Washington D.C, for the fourth and fifth or tenth time, I don’t feel the need to race around seeing every museum and monument any more. I can sit back now and enjoy the coffee.

Conrad: Thank you Gilbert, looking forward to gracing your shores.