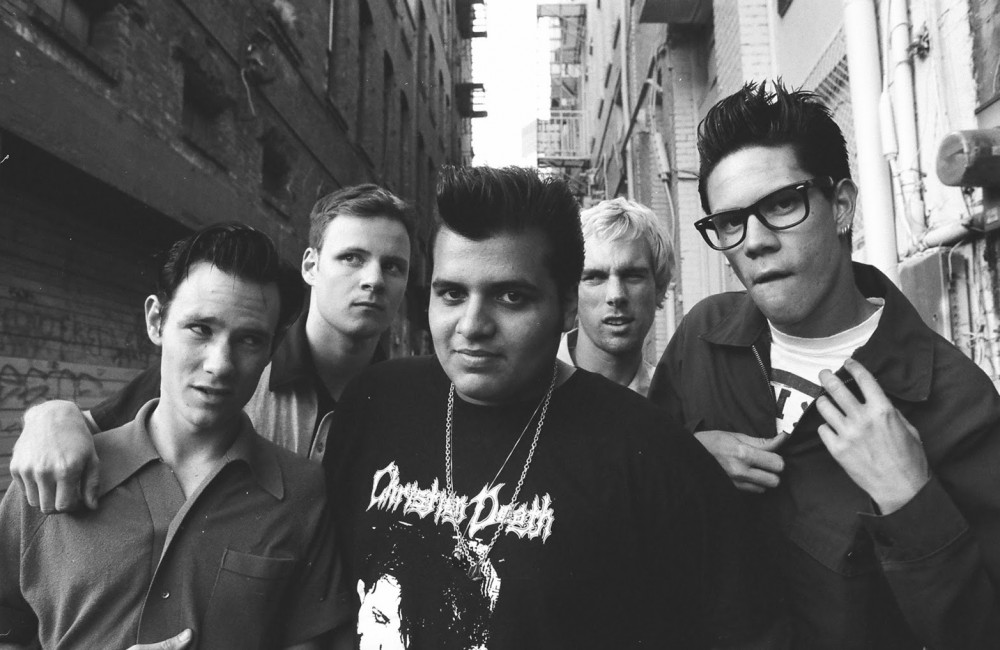 Rob Moran is a scene legend. He has been on the forefront of some great bands in the hardcore scene for the last 25 years, and you probably never even knew. From his early days in the legendary Unbroken, to his most recent time served with the supergroup (to those in the know) NARROWS. Following Scott Bowden’s recent write up of the reissue of the Unbroken And/Fall on Proverb 7”, Scott sent Rob some questions to find out some answers he’s always wanted to know.

(((o))): I recently had the joy of being able to say a few words for Echoes and Dust about the reissue of the And/Fall on Proverb 7” on Three One G Records, 21 years after its initial release. As a lot of the current generation of the hardcore scene are, I was too young for the initial release, but Unbroken still played a huge part of my growing up. Did you realise at the time that what you guys were doing was incredibly special and would be as timeless as it is?

Rob: Thank you for the kind words, but no, we had no idea that what we were doing would be considered something that people would find timeless or influential. In the grand scheme of things, who knows if it is either of those things, but we had no clue. We had a day off on our ’94 tour with Undertow and spent that day off recording 3 songs, two of which ended up on the 7″ and the third was an early version of ‘Absentee Debate’ that we didn’t complete until a year later. In the end, I feel that Ken Olden did a really good job of capturing that moment. It was a studio he had in a basement of his house and the whole vibe of the place lent to the desperate/urgent sound of the recording. Also, the lyrics were being finalized as the music was being recorded…true to form, it was raw and sloppy and captured how we sounded live… it’s my favorite sounding record that we did.

(((o))): What were the bands that influenced you in the early days?

Rob: It was a bit of everything…bands like Integrity, Judge, The Smiths, Sisters Of Mercy, Rocket From The Crypt, Jawbreaker and Samhain all pretty much had a say in the music and lyrics. Certain chord progressions and lyrics all had shared from these influences.

(((o))): With straight edge being such a big part of the hardcore scene back then, I’d say more so than it is now, you guys were obviously part of that and adopted that lifestyle, but you chose a different path with how you chose to talk about it. Was that a conscious decision from you all?

Rob: That is a solid observation on your part… our first 7″ and the Ritual LP took so long to come out that by the time they were released, we had moved on from those basic themes. I don’t think it was a conscious decision to draw a line in the sand, but we all just started dressing and thinking differently about how we felt. We just didn’t really share a connection with Youth Crew styled SxE and bands like Mean Season and Undertow were bands that all kind of had a similar mentality about it… Yes we were all SxE, but it wasn’t as important as writing about feelings of love and loss that we were all going through as teenagers and young adults, so the lyrics changed directions pretty quick. There was one SxE song on Life. Love. Regret. and that was ‘In The Name Of Progression’, it had more of a political slant to it and wasn’t an overt song about being SxE.

(((o))): One thing I have always been very interested in knowing, why did Unbroken split up?

Rob: On the boxed set that is on Indecision Records, there was a live unreleased song that we included. That song and a few others were part of why we decided to call it quits. We were on tour in Europe when some of these new songs were being worked on. We decided that with the direction that these new songs had, there was no way we could release them and still be Unbroken. The songs sounded like rock n’ roll and it just didn’t seem right to keep it going. We had finished what would become ‘Absentee Debate’ and had four other songs… one of them was ‘Crushed On You’, which Steve and Eric were able to finish without it sounding too much of a rock song. They pretty much sounded like takes on Jehu songs. Eric convinced us to play one of them live at our last two shows in ’95 and has we thought, people were just flat out confused, not so much because it was new, but because it sounded nothing like us. Thankfully the songs were never recorded outside of practice tapes that no longer exist, so outside of that live version we released, they will never see release.

(((o))): What’s it like to work with someone like Justin Pearson? He always seems to be on the forefront of interesting music, either through releasing it, or creating it. Is it great to be the beginning of the Three One G legacy, and still be as current as ever?

Rob: Justin was always one of our earliest supporters and believed in what we were doing. He was/is our friend and when he wanted to start the label, we wanted in on it. We just thought it was a way to do something different from New Age (who we very much appreciated), as it was unexpected. Justin has always been the same person he is today; straight forward, energetic, angry, loving, giving and would give you the shirt off his back. It is an honor to be on the label in any capacity, let alone his first release. Justin has always been forward thinking and ahead of the curve by a few years, sometimes to his own financial ruin, but in the end, his passion is inspiring and we as a band owe a lot to him.

(((o))): You have been involved in the hardcore scene for quite a long time now, and probably seen a lot come and go, and a lot who are still here. What are the biggest changes that you have seen with regards to how popular it has become?

Rob: It’s incredible to see how big hardcore has become. Big festivals from coast to coast provide a means to see old and new bands…it’s something I never thought I would see. While I’m not a fan of playing festivals myself, I do enjoy going to them, so it’s cool to see hardcore is able to sustain something like a festival. It’s always interesting to see music trends come and go. Youth Crew/Emotional Hardcore/Yo Mosh/Metal/Thrash… the cycle spins and every few years these genres come and go, but in the end, I enjoy bits of all of it.

(((o))): Has the Internet played a big role in that, and has it helped or hindered the scene?

Rob: I feel that things like message boards and the Internet to a degree have ruined hardcore. People trolling and saying things to try and impress people, or the fact that everything is so convenient that people feel they don’t have to try… these are some of the changes that I don’t like over the years. I still find it’s been a great way to learn about new bands and has helped me rediscover ones, so I’m not sure how it will all play out. I feel mixed on it though.

(((o))): Pardon my ignorance with this question, but you Rob seem to be the only member who has actively done quite a lot music wise since Unbroken called it a day. I know the other guys have done some stuff, but certainly not quite as much as you have done. Is there a reason you decided to stay so active when the others didn’t, and do you have a favourite project that you have been a part of? I’m partial to Some Girls myself. Heaven’s Pregnant Teens is brilliant for so many reasons.

Rob: I can’t really speak for the other guys in the band, but I know they all have things they do in their spare time, just not sure it all sees the light of day. I just loved playing and touring as much as possible, seeing the world and most importantly playing with my friends. I stayed active for years after Unbroken, as I booked a lot of shows and DJ’d. I just continued to stay up on current bands and continued to meet people. I found some bands inspiring, so much so, that it made me driven to continue to play/write music. Some Girls was one of my favorite bands, as it was so raw and relentless. Everything I’ve ever done though, lead me to a favorite moment that Chuck [Rowell; Some Girls, Crocodiles, The Plot] shared in London at a Studio owned by Edwyn Collins. He and I wrote two songs and Boz Boorer of Morrissey’s band played second guitar and Paul Cook of the Sex Pistols played drums. It was a fantastic moment for all of us and I hope those two songs see the light of day.

(((o))): Have you got any new music projects on the horizon that you would like us to be aware of? Are they full time projects with full time levels of touring?

Rob: Narrows is working on a new EP and maybe some shows, but no idea yet when this will actually happen. While in Prague a couple years ago I was involved in a recording session for a band called SS Warhead. We recorded 4 songs and those should be released in the next 6 months or so. Outside of that, I just work and I’m involved in a coffee shop here in San Diego called Heartwork (yes, named after our favorite Carcass album) that my wife, Sam from Narrows, my brother and his wife all opened up 9 months ago and it’s doing great.

(((o))): Finally, bringing it back to Unbroken, with the reissue of this record, is there any chance we will we see a run of live dates coming as well?

Rob: We have nothing planned.

(((o))): Thank you for your time Rob, and thank you for being a part of a lot of the bands that I grew up with and shaped my path.

Rob: Thank you for the kind words.