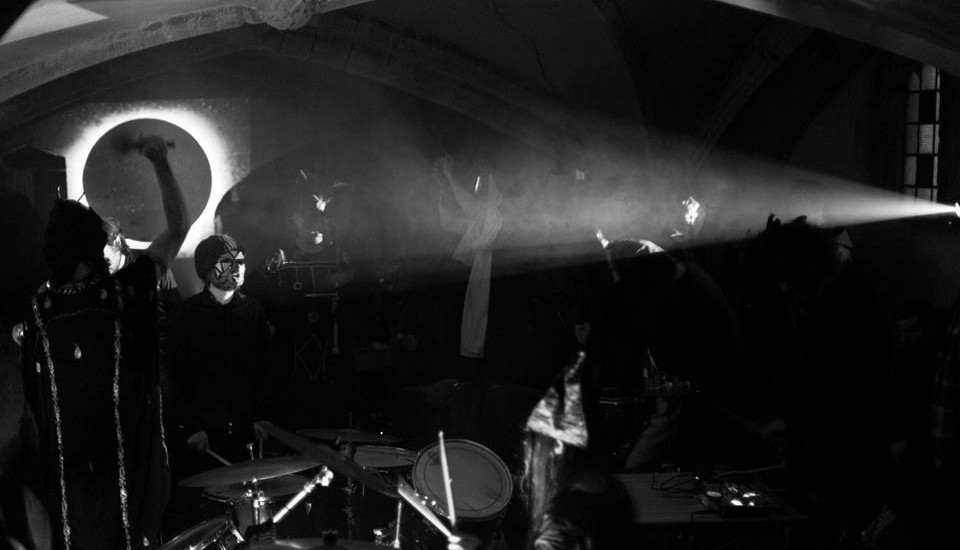 Adam is the man behind Cacophonous Sarcophagus, a night in Bristol that has gained a reputation for being one of best experimental music nights in the country. It certainly didn’t slow down during 2015 so Rich checked in to find out if there was a bit of method behind the musical madness.

AR: All is well, cheers.

CC: You seem to put everything on from brutal metal all the way through to one man experimental noise acts. Is there a philosophy behind Cacophonous Sarcophagus?

AR: No philosophy, I just started emailing people I wanted to see, that wouldn’t play here unless I did it myself.
I crave experimental music, that’s about as specific as it gets.

CC: How’s the music scene in Bristol in general? It sounds great as an outsider.

AR: It’s okay…apart from the lack of decent small venues and interesting local acts. Apart from that, it’s great…

CC: Any funny stories from gigs you’ve put on this year?

AR: My gigs aren’t funny, they’re very serious affairs…though it was kinda funny when someone shouted ‘PENIS!’ through the crypt window whilst Phurpa were deep into their overtone drone.

Some other “memorable moments”; Justice Yeldham gashing his face open on the first night of the tour, Senyawa’s call & response improv choir with the crowd, Philip Best tweaking his nipples whilst reading from his poetry folder.

CC: You occasionally put gigs on in the crypt of a church. Is it tougher than using a regular venue? Do you have to email the vicar about availability?

AR: You have to get a temporary events notice approved off the council and police, plus public liability insurance AND I also have to run all the acts by the Churches Conservation Trust for them to give the all-clear. Through ignorance/laziness, our first shows in the crypt didn’t have any of the above…

AR: Think I’ll have to go with Old Market Music Festival, which I billed The Exchange’s stage for. In totally unexpected turn of events I was able to book my favourite act in the world today; Senyawa! They flew all the way over from Java, Indonesia for their first ever UK show. (I had been obsessing over them for 18 months prior to that gig, so to see them headline my fav venue with 200 punters lapping it up, doesn’t get much better). I also managed to instigate a Orthodox/Dead Neanderthals tour(!) which lined up perfectly, and No Spill Blood played too. The daytime was made up of experimental electronics from around the UK.

Oh…and it was all free!

AR: I’ll stick with Unsound & OMMF (even though they were fests…) or I’ll get carried away.