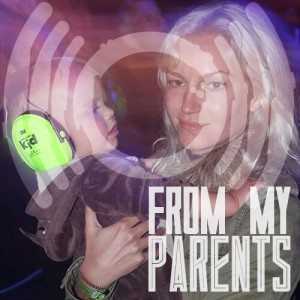 So how is our musical education started?

For me it all started on weekend mornings. I’m not sure how old I was, but I would guess an awareness would be as a 5/6 year old and from then on. The stereo system with record player would invariably be on, with Trad Jazz, Billie Holiday, Bessie Smith or Americana country music if my Dad had control of the stereo, or Elvis, Buddy Holly, the Everly Brothers, Sarah Vaughan, Ella Fitzgerald, Barbara Streisand, Frank Sinatra, Sammy Davis Jr, Nat King Cole, Brooke Benton or Johnny Mathis among others if Mum was.

Dad was very much into traditional Jazz in his youth, and it was something he enjoyed listening to as he got older. It was more of what you imagined you would have heard walking into a bar in New Orleans, rather than Miles Davis or John Coltrane.

Mum was and still is a big rock and roll fan. Not a huge fan of early British Rock and roll, it was the American version that she was into, so it was a great introduction for me to music, listening to some of the rock and roll greats!
I wasn’t a fan of everything that was played at home, but got used to hearing a lot of songs that became familiar with me over time, and also ended up being a fan of a lot of both the songs and the singers/bands too.
There were also single songs that I remember well, be it ‘Burundi Black’ by Burundi Black (tell me this didn’t influence Adam & The Ants!) and ‘Crazy Cajun Cakewalk Band’ by Redbone being two that spring to mind.
And this wasn’t the occasional thing, but pretty much the case every weekend. And through this, when my parents had friends over, or we went round their friends, we got introduced to more music, with Led Zeppelin, ELO & Kate Bush being the more memorable for me.
Looking back I was also very lucky to be at a very progressive infant and junior school. I can remember hearing the entire Richard Burton narrated War of the Worlds, with Jeff Wayne’s music  and also hearing Tubular Bells in full. My school didn’t go for too many traditional hymns, as I remember singing along to ‘Blowin’ In The Wind’, ‘Morning Has Broken’, ‘Sloop John B’, Ed McCurdy’s ‘Last Night I Had The Strangest Dream’ and the “Troika” portion of Sergei Prokofiev‘s Lieutenant Kijé Suite, which used to get played every Christmas and is still one of my favourite pieces of music!
I would also go to see a few musicals with my parents when I was young, and can remember seeing Show Boat, West Side Story (still one of my favourite films and soundtrack!), Barnum, Kwa Zulu and Ipi Tombi.
And going to football from the age of 8 was a musical education too, not just for the songs from the terraces (!) but also songs that were played over the tannoy. The Police’s ‘Walking On The Moon’ immediately puts me back on the North Bank at Upton Park!
From those days an early love of 2 Tone (look it up!) and the ska-inspired bands it produced, coupled with an enjoyment of the then ‘must see’ Top of The Pops, inspired, shaped and encouraged my musical journey…
And the rest, is history!