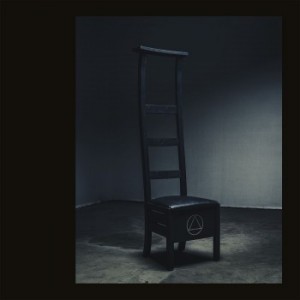 Released on April 15, 2016 via Consouling Sounds

This is my fourth attempt at writing this review. Every time I felt that the words I picked were not able to express my feelings. Writing about music is difficult and even more so when music is so touching. This is the case with Alive; the first acoustic live album by Amenra, a band who are best known for their Mass collection, a series of heavy albums that combine sludge, doom and hardcore sounds.

Anyone who knows me knows how much I love this band and how excited I am every time there’s something new coming from them. Alive is the band’s second acoustic release following Afterlife and includes reinterpretations of previous works, unreleased covers and brand new compositions. Alive can be considered a kind of continuation of Afterlife through which the band demonstrate how good their acoustic music is. There is so much power in it, it’s heavy, it’s dark, but at the same time it’s incredibly uplifting.

In contrast to the heavy riffs that dominate the sound of the Mass albums, layering here is kept to a minimum, with acoustic guitars and the warm voice of Colin H. van Eeckhout creating a connection with the audience on a deeply emotional level.

Recorded live at Ancienne Belgique in Brussels, Alive will be simultaneously released and played live on April 15th at the Roadburn Festival. I suggest to the people attending to close their eyes in order to fully experience the performance. You’ll have the feeling that the band is playing in your own living room, that you have your ear against the sound board and the music that surrounds you will be so dense that you’ll be able to touch it. You can’t download a live music experience, it’s pure magic.

Alive kicks off with ‘The Dying of Light’, ‘Wear my Crown’ and ‘To Go On and To Live With Out’, which are also the first three tracks of Afterlife. The experience you have with these songs is deep, intimate and personal. If you’ve never heard these tracks before I should tell you that the second half of ‘To Go On and To Live With Out’ is one of the deepest pieces of music I’ve ever heard. It kills me every time I listen to it. The unexpected cover of ‘Parabol’ by Tool is brilliant and fits perfectly with the mood of the album.

Just when you think that Amenra have reached their peak, they surprise you with ‘Buiten Datum’, a sparse and haunting piece, which features the delicate vocals of Belgian poet Sofie Verdoodt. The song is based around slowly unfurled minimalist arpeggios and it’s an emotively sombre affair.

The sound of the previously unreleased ‘The Longest Night’ will get under your skin and will resonate deep down into your bones. Soaked in melancholy, the stunningly powerfully chorus couldn’t be more palpable. ‘September’, ‘Aorte’ and ‘Razoreater’ follow the same path of the previous tracks, while the brilliant and melancholic guitar plucking of ‘Het Dorp’ sets a tone of grayscale nostalgia, for things neither forgotten nor ever known.

Dark and moody, sad and beautiful, strong and fragile, the acoustic works of Amenra are an incredible achievement, that grow on you with every listen. Let Alive embrace you, get lost in it and you’ll feel more alive than you’ve ever felt.