An Easter weekend in March finds your intrepid explorer treading the back streets of Sheffield (steel) city for Resistanz Festival, a three day indoor event that caters (or did) for the industrial scene. Now having bought a ticket on the basis of Godflesh headlining one of the days it transpired the event indulges predominantly in the dance/edm/darkwave etc side rather than metal, and as someone who has only flirted with the underground scene via the likes of Combichrist and KMDFM jumping in the deep end seemed to be I was going to get better acquainted!

Previous incarnations have clashed with Strange Forms post-rock festival in Leeds (yes I have odd tastes I know), but with Easter being early this year one of them changed dates so happily I could make it, good job as it turned out to be the last one!

Set in the Corporation venue, which is very suitable for this type of event being all dark, dingy and well…industrial looking with bands performing in the main room, DJ acts in the smaller second room and a warehouse area with band merch, seating, bars etc and an outside courtyard bridging the two areas with various eclectic food stalls.

The delightfully monikered Petrol Bastard are given the honour of opening the show on Friday and they kick start the party in some style as two interestingly attired men dance badly, shout nonsense and throw inflatable penises into the crowd over a techno punk backing track. They are even joined halfway through by Ultraviolence and you know what… it was bloody brilliant! (That may have been the cheap cider talking mind). 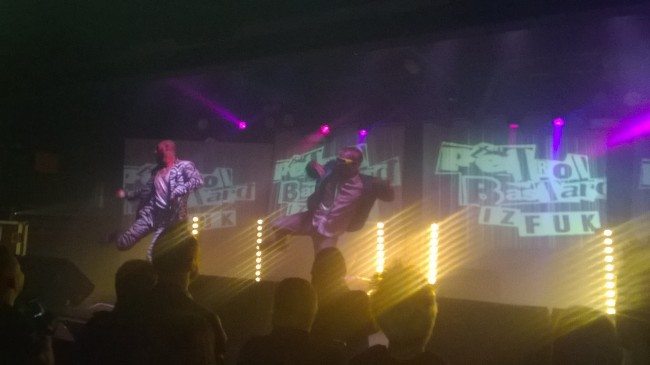 The other highlight of Friday was the headline set by Organ Donors pumping out hard trance anthems with the always popular and entertaining track ‘Ket is for Horses’ being a particular highlight.

An amusing side note, each day sees the venue return to its “normal clientèle” once the bands have finished to provide a generic rock club, so presenting the amusing scenario of the remaining cybergoths mingling with 18 year old students… 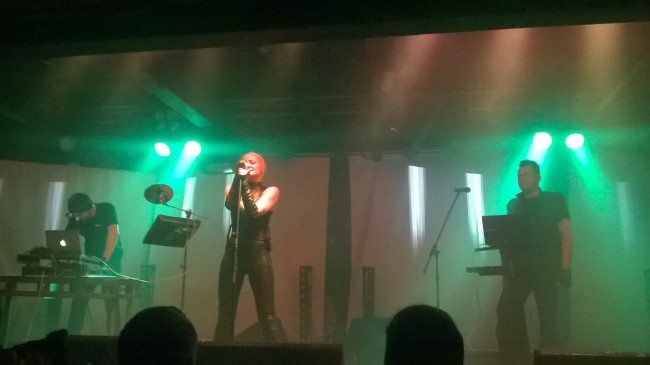 Saturday sees a full day of shenanigans including the afore mentioned second room opening for business, The first major highlight of the day for me was the opening set by Danish electro act Neonsol as the trance heavy styling of their début album Ecliptic struck a chord with me during my pre-fest research. Front woman Nina Lo prowls the stage flanked by her bandmates. In a bold yet risky move open with (what I consider to be) their best track in ‘Citadel’, its up-tempo nature and anthemic chorus immediately gets the assembled crowd on side, but did mean their set lacked a proper climax, but they certainly were not short of tunes with ‘Poisoned Land’ and newbie ‘Heat’ particularly standing out.

The rest of the day saw me flying blind checking out the bands as the came and went until the headliners Godflesh delivered their customary crushing heaviness. Happily I did come away with a new favorite band in Terrolokaust. These Spaniards have either the best band name ever or the worst, but what is not debatable is that their amalgamation of electro era Combichrist and classic rock sensibilities was utterly brilliant, especially in the swaggering  new track ‘Price You Pay’ and they even treated us to a cover of ‘Spitfire’ by The Prodigy, so yeah all my boxes ticked! 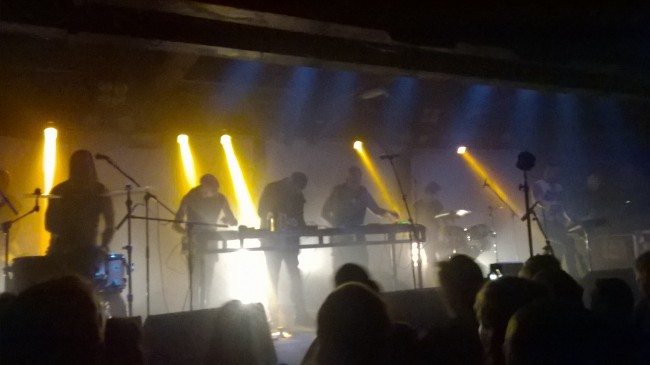 Special mention must also go to iVardensphere who brought their big band ensemble of nine (9) members resulting in an on stage count of three drummers, three button pushers, two bongo players and a guitarist and as you can probably imagine resulted in a hefty tribal groove entwining with the mechanical industrial grind and the appearance of a surprising, but superb cover of ‘Roots Bloody Roots’ by Sepultura.

Sunday has the self-styled ‘off-shore electro’ of Massiv in Mensch open proceedings with their jovial take on dark wave and get the crowd going with some humorous stage banter and interpretations of the Monkey Island theme tune, ‘Insomnia’ by Faithless and dance classic ‘Pop Corn’. 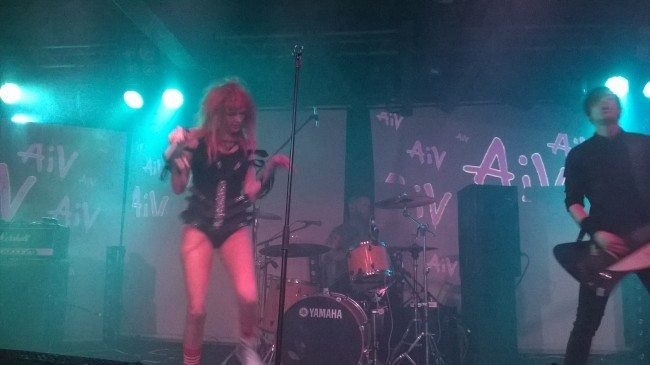 However this day was all about one band for me, the band I had been waiting all weekend to see and that was the return of Swedish electroclash outfit Alice in Videoland and bloody hell did they live up to (my own projected) hype. The band were in fine form pumping out a fan pleasing set-list featuring the likes of the up-tempo pop numbers ‘Spaceship’, ‘In a Band’ alongside the filthier grooves of ‘Going Down’ and ‘She’s a Machine’ all blasted out with one new untitled song dropped into boot. Plus I got to meet Tori (vocals) and Anders (drums) who mingled before and after and were bloody nice! 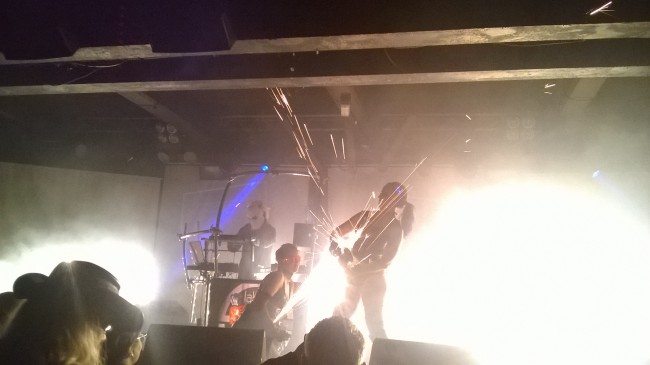 With that gushing out of the way other notable performances included the intense hard trance of Lab4 ably assisted by two women angle grinding into the crowd while Youth Code brought a completely different interpretation of intense with ferocious vocals complimenting the aggressive hardcore…. After all this it was left to The Gothsicles to close the show in their own inimitable style, seeing as they were the first band to play the very first edition it was promising to be something special and they didn’t disappoint barrelling through a riotous collection of electro party anthems about videogames, a cover of ‘Photograph’ by Def Lepard (yes really) and climaxing with ‘Konami Code’ compete with various other bands and crew members joining them on stage to lead a mass rendition of the chorus dance routines.

The (seemingly) never-ending deafening chants of ‘RESISTANZ’ and ‘LEIGHTON!’ (the main organiser) showed just how much to this event has meant to the regulars… Resistanz is dead, long live Resistanz!