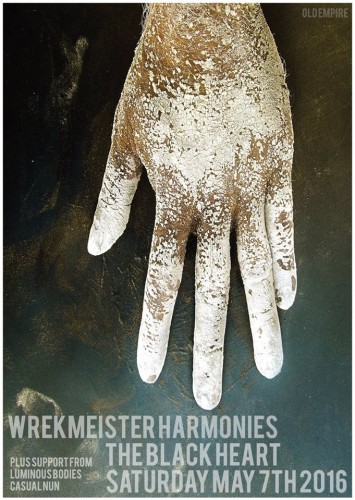 Supporting experimental musical collective Wrekmeister Harmonies on their London date at The Black Heart were two well-partnered bands who shared a number of things in common; both acts performed an intoxicating noise rock that managed to find a sense of structure within its shambolic drone, and both acts were driven by two drummers, albeit achieving very different effects.

First up were Casual Nun, fronted by a cloak-draped singer who lurched over a table decked in effects pedals, mixing the sound together like an alchemist driven mad by chemical fumes. Their songs share a similar approach: introduce a simple theme that can be repeated over and over, and establish a tension that escalates into a crashing noise. Yes, it’s noisy and chaotic, but it never feels like it gets out of hand. The drummers for the most part play in synchrony, doubling their sound into something louder, but as the songs reach their crescendos they begin to differ their patterns, lending a sense of unpredictability and improvisation. Throughout though, you get the impression of a controlled and well-practiced chaos, one that has been carefully arranged. 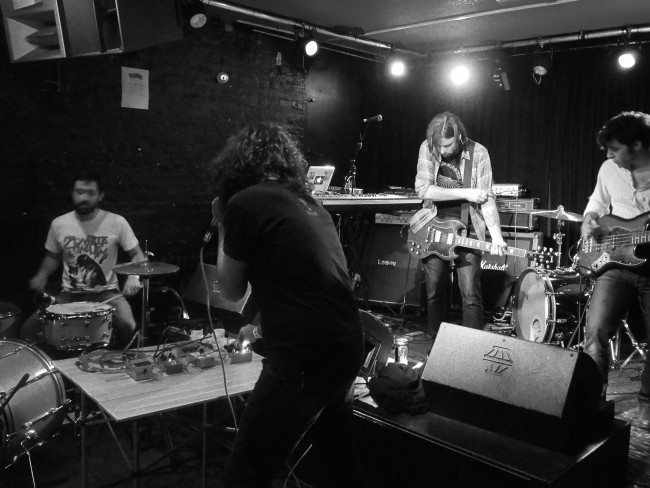 Contrasting with this well-mannered chaos was Luminous Bodies, who are reminiscent of Butthole Surfers crossed with something far heavier, out of control, and fronted by a grizzled veteran whose eyes occasionally flashed with the wild intensity of Bobby Liebling. One song, ‘Om Naman Shivaya’, consisted of a Hindu mantra repeatedly shouted in a Conan-esque top-of-a-mountain sort of way, before crashing down in a headbanging fury. There’s a constant feeling that things might be getting out of hand, helped along by the second drummer set at the front of the audience, whose drums gradually crept forward into the crowd and at one stage, fell into it. Perhaps realising that the kit wasn’t going to stay at his feet, the drummer moved the floor tom into the crowd, handed an audience member a stick, and encouraged him to bang along with the music. The out-of-time banging of this impromptu performance from the unprepared audience member wasn’t too far off the drummer’s own, who sometimes seemed to be playing along to a different song. The fact that the drummers were slightly out of time with one another added a slightly stereoscopic effect that added something different other than simply being louder. This music is mad and exhilarating, which the performance matched all the way. 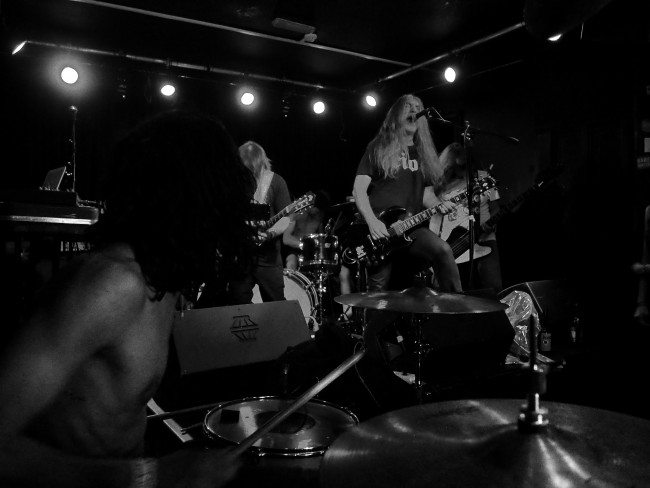 Having listened to Wrekmeister Harmonies’s Night of Your Ascension a number of times since its 2015 release, I couldn’t imagine how this was going to work live. Night of Your Ascension is an album of two parts; part one is based on a madrigal by 16th-century Carlo Gesualdo, a composer made infamous for the brutal murder of his wife and her lover, while part two, Run Priest Run, is inspired by John Geoghan, a priest who was convicted for pedophilia and consequently murdered in prison. Knowing the narratives bandleader J.R. Robinson has based this music on only serves to further the brooding, dark, and frequently terrifying landscapes that are being painted. The album features a cast of 30 musicians, but live Wrekmeister Harmonies begin the show with only two: J.R. Robinson on guitar and vocals, and multi-instrumentalist Esther Shaw playing violin and keyboard, as well as providing vocals. The music builds slowly with hauntingly beautiful violin playing and singing from Shaw, against a background of samples and guitar. Instead of trying to replicate the recording, a feat that would be next to impossible, the live performance features an altered arrangement, using the same themes and conjuring a similarly gloomy atmosphere. 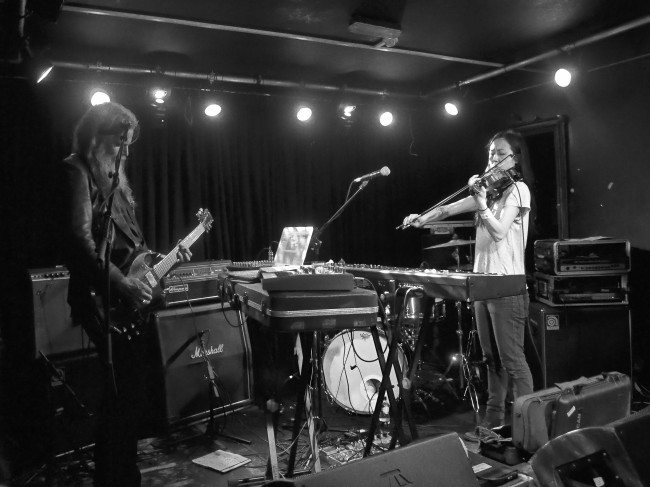 Around 15 minutes in, Robinson and Shaw were joined by Cyrus Meyers and James Magruder of Dead To A Dying World on drums and bass, and the music began to swell in its intensity. The performance throughout was gripping, the music evocative. Robinson reminded me of a conductor, with the other band members frequently looking towards him for visual cues on how to move the music forward. I love what J.R. Robinson is doing with Wrekmeister Harmonies, and by constructing these avant-garde tone poems and having the confidence to perform them live, I hope more musicians within the metal community are inspired to be as left-field and ambitious with their work. 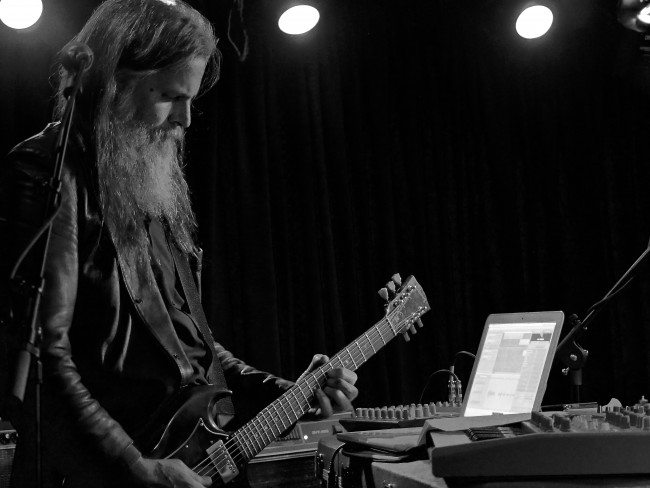 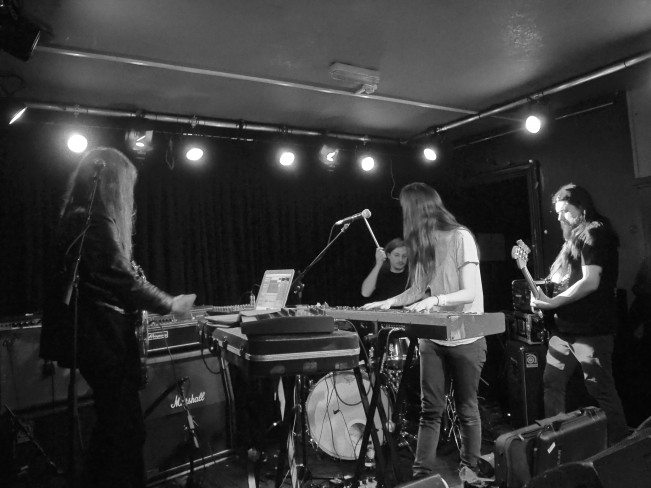