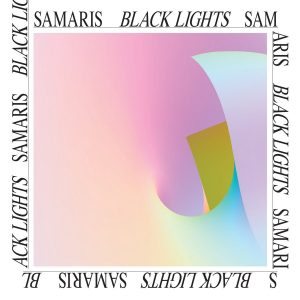 Minimal, cyclical, immersive, and altogether compelling is how I would describe the latest release from Samaris. Released through One Little Indian Records on June 10th, Black Lights is yet another personal foray into a group that I was previously unfamiliar with. This can undoubtedly be attributed to the fact that this is their first release performed in English. But after hearing their first single ‘Wanted To Say’ I knew I needed more sonic input. And after listening further I am reminded and reminisce about the music that I was raised on many moons ago. Roni Size, LTJ Bukem, Faith Massive, and even snippets of The Future Sound Of London…. just to name a few. While I would not quite call this Drum ‘N’ Bass, I certainly hear a defining influence.

Samaris offer up a formula of dissimilarities. They achieve soundscapes that highlight traditional yet somewhat dimmer house tones, melodies that are at times sporadic, and beats/basslines that harken back to when electronic music began to evolve into countless subgenres. I hate to use the cliché word ethereal, but the vocals fit. Yet they still lend a feeling of being urbane and proper. There are enough crescendos, warm synths, and a high enough BPM to keep your noggin groovin along. And all these emulsify into one collective soup of delightful eargasm.

There is a glassy harmony found in the discord. It’s as if you can hear the city. Early AM, headphones on, street eyes facing only forward, and carrying a slower but consistent and unwavering gait. The atmosphere is cold, unadorned, and emotionally removed. Samaris offers you no quarter, but still persuades our ears’ continued pursuit of the end game. Just to circle around and find that you are back at the beginning. Black Lights marches on with a pace that leaves you wondering what will happen next.

My best analogy for this album would be to that of a ladybug as they are beautiful and graceful on the outside, but predatory and sensually efficient in purpose. My only recommendations are that if this release doesn’t resonate immediately, to give it another spin or 20 as eventually you will hear and be able exist in the undercurrent intended. Also that this is NOT an earbud album! Turn it up, and play it as loud as your system and/or neighbors will allow.