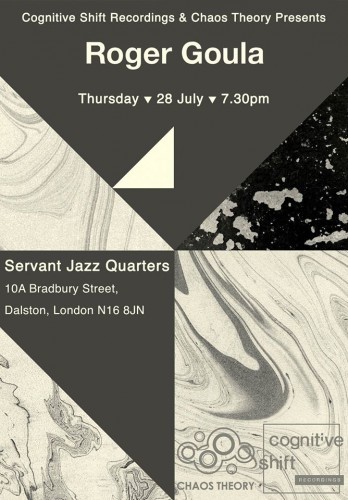 The industry showcase for newly born label Cognitive Shift Recordings, featured their first release: a stunning EP Something About Silence by contemporary classical composer Roger Goula. Organised by Chaos Theory, it was a magical night accompanied by Roger’s music performed with string tercet borrowed from the 12 Ensemble.

Servant Jazz Quarter’s basement adorned with strings of fire lights was the perfect, intimate setting for the event. Without further ado, Roger began to perform his upcoming debut album Overview Effect, due out in November and a definite album of the year for me. He opened with an ambient intro and added a racing ukulele, reminding me of the heart monitor sound, one of my favourite elements to discover in contemporary classical music. At first the tercet waited, poised yet alert, for a sign when to join Roger’s electronics. It was fascinating to watch their communication, every once in a while the composer would just sign to the string players and they’d blend in seamlessly into the sound.

Soon the atmosphere started to get tense as the musicians moved onto ‘Awe’, a piece hanging on a tense thread of the violin, evoking the feeling of loneliness and abandonment. It might be me, but I often feel like contemporary classical pieces would make perfect soundtracks for science fiction movies and this composition certainly transported me to a space ship drifting in space, as if the controls gave up. The violin then added a sense of uncertainly, hinted at longing and despair. Then the violin got tense, high pitched, signalling coming danger until the track beautifully opened up, with the full tercet joining in perfect synergy, creating a vision of vastness. 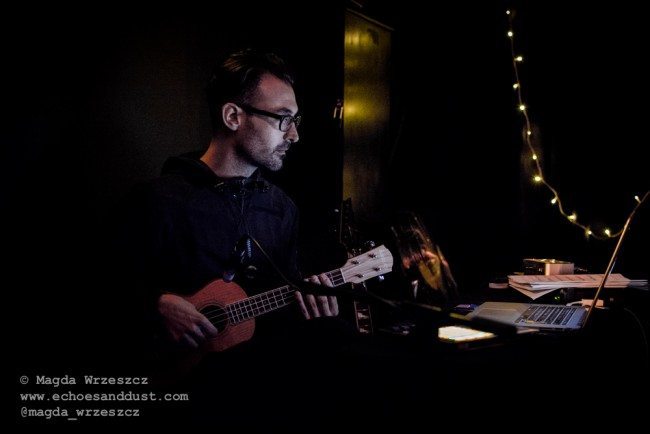 Roger Goula is a perfect mastermind and the way he blends classical sound with his electronics is masterful and seamless. His compositions are simply stunning. He reminded me of Lucy Claire, who similarly is in charge of the technology, while her favourite string collaborators add the flavour. Roger picks up various instruments during the performance and the next composition, ‘Cognitive Shift’ starts with him on electric guitar and samples of Russian voices muddled in static. There’s a change in the tone, reminding me of Ghosting Season / worriedaboutsatan, with ghostly sounds, a solo guitar strums agains static. The music transports me to a place where I’m aimlessly drifting – the despair is gone, it’s more of a solace found in isolation, an acceptance of circumstances.

Violin takes the lead in ‘Overview Effect’ with loud, abrasive, distorted chords. There’s a feeling of imminent danger, watching the tercet reminds me of a ballet – you know the plot, you anticipate their next move and it’s being beautifully articulated with a series of steps. Then the violin solo sounds like a chase and I can see from the cellist’s body language he feels it too. All the time Roger is in perfect control and is figuratively pulling the strings here. 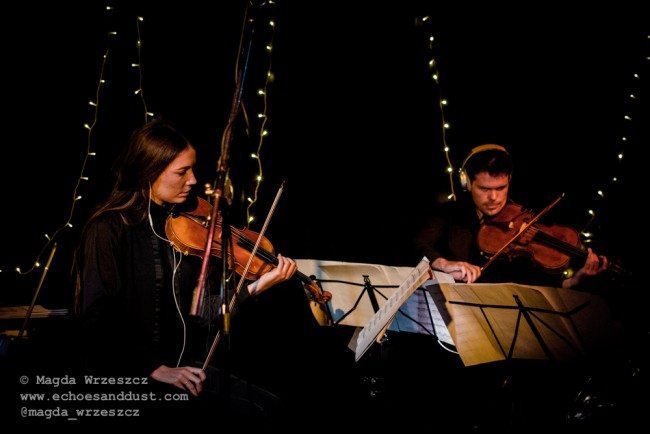 ‘Something About Silence’ is announced by what sounds like a bell tower and the string tercet keeps up the steady rhythm. Then one of my favourite sounds, a streaking floorboards, adds to the feeling of passing time and strings again build up to an uncertainty with a pulsing beat. I look around me and see people sitting down with their eyes closed, everyone undoubtedly painting their own interpretation of the music. Floorboards and a sound of a helicopter brings the performance to a close and I immediately ran upstairs to get the vinyl.

Roger Goula instantly became one of my artists to watch and it seems he’s destined for greatness and I wouldn’t be surprised if his name was soon mentioned next to contemporary classical giants like Nils Frahm or Olafur Arnalds. If Cognitive Shift are to bring us more artists like that, I’m ready to take it all in. 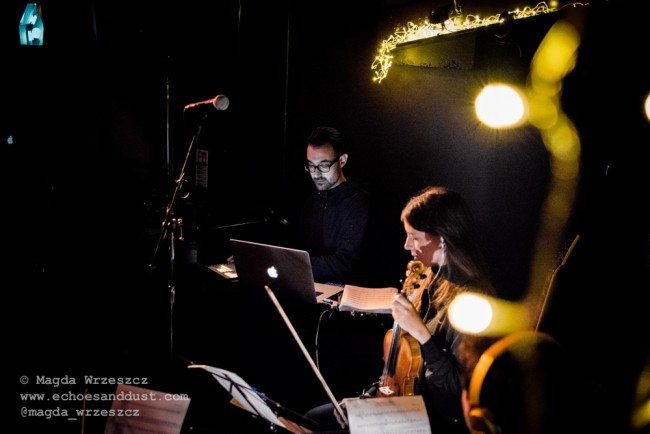