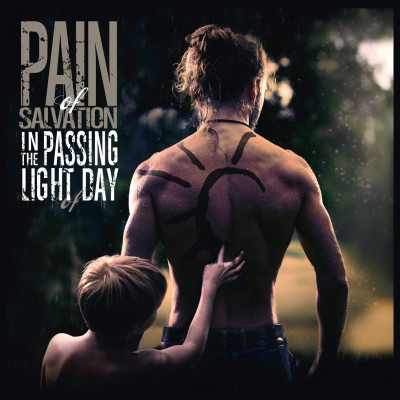 In The Passing Light Of Day by Pain of Salvation

During the last couple of years very little was heard of Swedish progressive outfit Pain of Salvation in terms of new music. The band’s singer, founder and main composer Daniel Gildenlöw battled a life threatening flesh eating bacteria and along the way there were some line-up changes as well, making Gildenlöw the sole original member. All these experiences form the backdrop of the band’s latest album, entitled In The Passing Light Of Day.

In several interviews Gildenlöw hinted at releasing a much heavier album in the veins of The Perfect Element, Part 1 and Remedy Lane. In all fairness, he has kept his word. Tracks like ‘On A Tuesday’, ‘Full Throttle Tribe’ and ‘Angels Of Broken Things’ have all the traditional Pain of Salvation hallmarks a fan could wish for, like syncopated rhythms, memorable melody lines and heartfelt vocals by the maestro himself. Yet, this album doesn’t feel like some vain attempt to recapture the days of yore. Instead, In The Passing Light Of Day is a contemporary effort, very much rooted in the here and now.

In tracks like ‘Meaningless’ and ‘If This Is The End’ the vintage sound of the two Road Salt albums shine through, both in spirit and composition-wise. The emotionally-charged ‘Tongue Of God’ almost feel like the identical twin of the Road Salt title track. Both feature Gildenlöw on vocals only accompanied by some minimalistic piano play.

Another refreshing element to the overall band sound are Ragnar Zolberg’s high pitched almost feminine vocals. It may take some time getting used to, but it works very well within the overall framework of In The Passing Light Of Day. Other tracks feature influences from Scarsick and BE, mainly manifested in the Gildenlöw’s style of singing and the use of various atmospheric sounds respectively.

In The Passing Light Of Day feature enough elements of both older and newer Pain of Salvation to thrill fans from both eras, yet feels like an entirely new and exciting chapter in the band’s history at the same time. The music is brutally honest and utterly uncompromising, but above all it’s a very human record.

Anyone who went through a rough and trying will immediately recognize the underlying emotional depth which characterises In The Passing Light Of Day. This band’s back catalogue is as impeccable as they come and this record is a very memorable addition delivered by one of progressive rock’s finest.