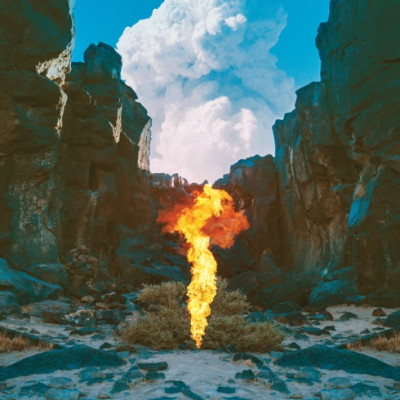 Bonobo was one of those who brought a good news about his further longplay in late autumn of dramatic and full-of-loss year 2016. Just in time as since Flashlight EP in 2014 he has been noticed mainly touring. Despite the artist mentions 2014 as start of work over the album the whole concept of Migration absolutely hits the spot of nowadays. Keeping in mind the idea of identity Bonobo created 12 musical journeys; by his words: “Is home where you are or where you are from, when you move around?”.

Work on Migration brought together not only variety of guests but the workplaces too. Bonobo used a sampler (“but not in a big boomer, wearing a cagoule kind of way.”) and woven found sounds such as an elevator in Hong Kong airport, rain in Seattle, a tumble dryer in Atlanta and a fan boat engine in New Orleans into his intricate sonics.

The news about new album came out with premiere of ‘Kerala’. This song might be the best teaser as it combines modern electronics with harp-like samples and tribal singalongs. And this is actually what the whole Migration is. Bonobo succeeded in both being multi-focus and emphasize on native musical esthetics with it.

Migration is something new for Bonobo’s sound which comes evident from the first and by coincidence title track. Made in minor mood with samples like air turbines this soundscape is like transcontinental flight. The album is full of African motifs (‘Grains’, ‘7th Sevens’) and ‘Bambro Koyo Ganda’ featured by NY-based Moroccans Innov Gnawa is quite a hymn of multicultural spirit in Migration.

Far from clichés Bonobo shows his unique world perception with oriental motives in ‘Ontario’, but does not lack of what he is known to be best in. A number of electronica songs with guest vocals by Nick Murphy, Nicole Miglis, Rhye have a big chance to invade dancefloors worldwide in 2017.

The promo tour for Migration covers Europe and North America: