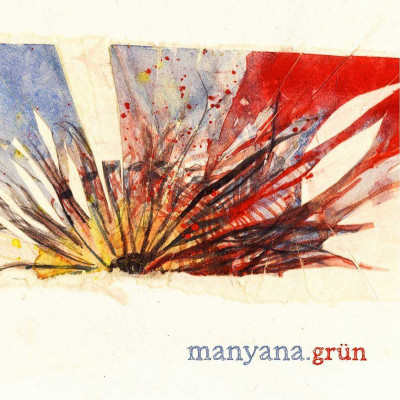 There’s a great sense of maturity in the new release from Sydney’s Grün. Previously they’d taken the approach of packing an abundance of variety and dynamics into their brand of mostly instrumental rock, which in itself isn’t a bad road to choose, but it feels like with Manyana they decided that less is more. I don’t mean that the tunes are shorter or the depth and detail is gone, but there’s a sublime subtlety that carries you through each story the record tells. The songs are alive. They breathe. They are individuals but of the same family.

‘The Baker’, for example, has its moments of grandeur as it overruns the flowing keyboard melody, but rather than build to a crescendocore climax, the keys return and pull it back in like a grandmother gently calming down an excited infant. It’s one of the most beautiful, serene, and fulfilling tunes I’ve heard in quite some time, and the ending closes off what is a long and repetitive pulse without leaving you empty. I say this so often, the true test of a song is how it concludes, and Grün demonstrate that artistry here.

I’ll play the comparison game and say that at times, like in ‘2024’, it reminds of Jesu without the vocals (quiet cheer to myself), while at others I get a sense of 3Epkano as in ‘The Vicious’, with its fuller instrumentation. On the other hand the opener and some others have a powerful bass-driven Russian Circles feel. Yet despite borrowing from an ocean of variety, nothing in their net detracts from the completeness of the catch.

One thing that stood out from the first listen is a slight variation in the mix between some of the songs, and it turns out Beau Sherrard and Damien Press each mixed some of the tracks, which were created in two distinct sessions, and it brings another element to the equation. Like the clicking in ‘The Wolf is of the North’, or the loud bass in ‘The Vicious’, or the variation in the prominence of the snare from one song to the next, everything contributes to keeping from getting bogged down while managing to be rooted in a constant state of identity.

The tunes are mostly around seven minutes long and don’t shy from repeated phrases. Like most instrumental rock these phrases lie end to end and over each other much like the pattern of a brick wall, but while none of those bricks clash annoyingly with those immediately around, Grün likes to play with their sizes, textures and hues, and that variation adds interest as you travel the length of the wall. It means getting to the end of the album without becoming bored or feeling anything is being overdone.

One of the best things about most post-rock and post-metal is that feeling of equity. It’s not just music without a singer because there is always a focal point in Manyana, even when it’s at its most relaxing and cinematic, and you can pick out any instrument at any time and follow its contribution to the tapestry.

Grün have created a worthy addition to a growing catalogue of world-class instrumental rock coming out of Sydney.