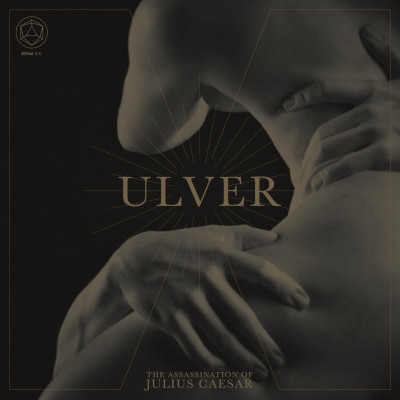 The Assassination Of Julius Caesar by Ulver

Ulver is a band that is less defined by the success of a particular record than by the unique trajectory they have paved for themselves. From their highly influential debut in the black metal genre all the way up to their latest releases, the band has consistently escaped the comfort offered by their critically successful works, opting for radical stylistic shifts while simultaneously unveiling the backbone of their musical identity with each new release. Returning with the first studio album release since their split with Sunn O))), Ulver takes yet another daring leap into new territory for their 13th album. Described by the band as their “pop” album, The Assassination of Julius Caesar is an record that is both left-field and in tune with the groups’ ever changing formula; a determined move to escape the formulaic through yet another shedding of their skin.

Weaving influences from their earlier musical endeavours with a newfound pop sensibility, the albums’ nocturnal, melancholic atmosphere and focus on electronic instrumentation does bear some loose resemblance to Perdition City’s Neo-noir ambience, albeit glossier. Right off the bat, The Assassination of Julius Caesar hits off to the sounds of heavy electronic bass lines and a massive drum beat, setting the tone for what is to come. The opener also serves as a brilliant introduction to the the record’s ambivalent nature through its lyrics conciliating the mythical figure of Princess Diana with the mythological roman goddess of the moon, the glamorous nightlife of Paris with the grandeur of ancient Rome.

The album weaves between an retrofuturistic 80’s/90’s sound and epic classical orchestrations, creating a unique, transcendent aesthetic evocative of History’s great myths of beauty and grandeur. The heavy New Wave and Synthpop sound, most potent on tracks like ‘Southern Goth’ and ‘Transverberation’, comes as a refreshing change and a new playing ground for the band to keep surprising us, namely through the albums’ dancefloor-friendly sections and sweet synth melodies.

Do not let the ‘Pop’ label put you off, fellow reader: while it may be safe to call this one of Ulver’s most accessible record, the band’s pop music influences have in no way dumbed down the compositions nor lessened the band’s sense of ambition. The most interesting parts of the album are namely when the classical and electro-pop codes are fused together into musical hybridations. ‘So Falls the World’ starts off as a magnificent ballad piece led by a piano and Kristoffer’s voice and swells up as it eventually transitions into an electronic dance-track. The album’s second song ‘Rolling Stone’, a repetitive dance tune, draws the listener into a trance for the first half of its runtime before decomposing, overdriven by the swelling walls of noise that wash over the track and leads it into a psychedelic frenzy.

Kristoffer Rygg’s vocal performance, although slightly restrained at times, stays well versed throughout the record, taking a step forward to the forefront of the bands’ sound whilst remaining subservient to the songs’ instrumentation. The cathartic chorus on ‘Angelus Novus’ namely stands out as Rygg’s most powerful moments on the record vocal-wise.

The Assassination of Julius Caesar is a record to be considered as a whole if one is to overlook some of its’ few shortcomings, namely tracks like ‘Southern Gothic’ and ‘1969’, who lack closure when considered outside of the album’s context. With that being said, there isn’t much room for criticism here. The Assassination of Julius Caesar is a somber poetic poetic record veiled in glamour and melancholy. Once again, Ulver has caught us off-guard and delivered yet another masterfully crafted album, one that meticulously borrows from their past whilst also diving head-on into new territory.