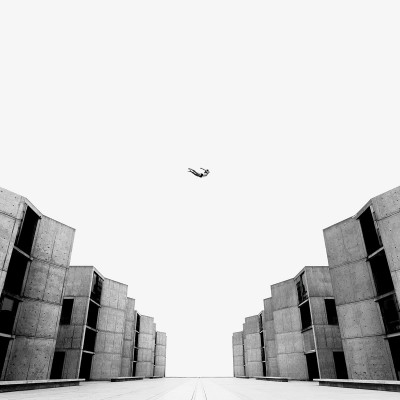 I first heard Barrows‘ music with their 2014 album Red Giant. It was a powerful sci-fi inspired, instrumental journey with plenty of sonic grit and majestic, memorable melodies. Barrows delve deeper into their appreciation of sci-fi blasting off from Red Giant to the planet of Obsidion, the name of their new third album. Barrows say the new album: “depicts the experience of a man who is abducted from Earth and brought to “Obsidion”, a place where dimension is indefinable and the boundaries of human consciousness cease to exist.” The focus of Obsidion shifts more to atmosphere, story and lingering within their lush cosmic instrumental pocket. It is an album that may not be as instantly rewarding as Red Giant with its dramatic inclusion of some post-rock and metal elements. That said, the grooves and melodies, while often not as heavy, are every bit as catchy and enthralling. The layered depth of sound may be slower to appreciate initially but becomes much more gratifying over repeat listens.

Obsidion is saturated with dazzling and eerie sci-fi atmospheres throughout its six tracks. The complex and creative album was written by Jim Leonard and Richy Epolito. (Barrows adds Ryo Higuchi and Brock Haltiwanger to their live shows.) The duo have guitar and bass making all manner of celestial sounds. From the creepy haunted house on Mars opening of ‘Telekin’ to the varied slithering movements of life in ‘Cocoon’ each track reveals a new sonic ambience that helps tell the story.

I found bass rhythms to be very prevalent in the mix on Obsidion. The deeper tones fabricating delicious, bouncy pathways that the spacey guitar atmospheres consistently wrapped themselves around. This is exemplified by the wild track ‘Entrada’. The savoury bass hook seems to be under attack from the screaming alien guitar and expansive heaps of distortion, reverb and driving riffs.

There are some long tracks on Obsidion. ‘Cocoon’ offers a big bang clocking in at just under 20m! The longer tracks allow the band to flow within the ebb and flow of their instrumental space story as they layer their many fantastic interstellar sounds and tonalities. The track ‘Obsidion’ is often haunting and foreboding as it explores shimmering waves of distortion and the subtle twinkles of sonic echoes. The resulting effect of the many sounds and noises is often mesmerising, like the soundtrack to sci-fi a blockbuster. The brightest star in Obsidion’s galaxy, however, is the epic ‘Cocoon’. The sinister atmospheres run amok to open the track then life seems to grow with one shambling tentacle of sound after another. This track showcases Barrows at their sci-fi best – you can close your eyes and envision a myriad of curious alien life forms inching forth from a tangle of bubbling otherworldly sinew. The musicianship and care to detail on this track is extraordinary. The track shuffles from one unique sonic passage to another building into a supernova of sound as the track erupts into its furious apogee… then decays slowly into the euphoric, weightless track ‘Manna’.

If you didn’t make the cut for the Space-X mission to Mars, you can still have a stellar experience with Barrow’s instrumental space rock odyssey Obsidion. The album merges long intoxicating, detailed grooves with an absorbing abundance of sci-fi atmospheres that create theatrical visions of a man’s otherworldly experience on Obsidion. Obsidion is a dynamic wordless journey that showcasing phenomenal sonic creativity that ranges from an ethereal warmth to gripping harshness. Highly recommended instrumental space rock!