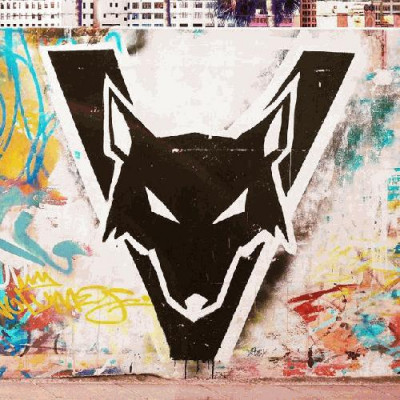 Changing lead vocalists has to be one of the hardest things a band can do. When it is a new band starting out, member turnover can be quite common, but usually once they get a singer that sticks, their voice becomes part of their signature sound. Big time bands have done it and succeeded (AC/DC, Van Halen), and others have not (Van Halen again, Mötley Crüe). In the new age of metal, sometimes changing the vocalist is less noticeable in different genres. One frontman’s scream/growl combination may be a little different, but for the most part is similar in form and function. Then you have a band like the Los Angeles-based metalcore quintet Volumes. After parting ways with former vocalist Michael Barr, the band welcomed former Bury Your Dead vocalist Myke Terry into the fold. Terry joins the other vocalist Gus Farias to continue Volumes’ dual singer assault on their latest album Different Animals, released June 9, 2017 via Fearless Records.

Volumes has always utilized dual vocalists, as one does the “clean” singing (Terry), and the other the screaming (Farias) to create a layered and volatile sound. This is exactly how Different Animals starts with ‘Waves Control’, sounding like nothing has changed since their last release, No Sleep. This is in contrast to the next track, ‘Finite’, as it feels like a step forward in Volumes’ sound, giving us our first real taste of what Terry brings to the table. Leadoff single ‘Feels Good’ takes it up another notch, giving Terry even more melody to work with, allowing his clean vocal to shine, and enhancing Farias’ roar. Speaking of Farias, he’s back and pissed off on ‘Disaster Vehicle’, crushing his lines along with brother Diego’s riffs.

‘Pieces’ tries to blend the last two tracks vibes together, resulting in a bouncy, djenty mix. After ‘Interlude’, which is basically an intro, ‘Hope’ flexes its rap muscles a bit, tiptoeing into the nu-metal pool. After another interlude/intro in ‘Tide’s Change’, with the help of Pouya ‘On Her Mind’ goes all in on the rap metal game. If it wasn’t for the sweet sounds of Terry’s chorus, Volumes would be infringing on Hactivist’s territory. They turn it all around with ‘Heavy Silence’, which is heavy on the melody and heavy on the breakdowns. ‘Pullin’ Shades’ continues to ride this wave, using the strength of Terry’s vocal to carry you to what you would think would be the perfect closing tune. Instead, Volumes gets in one last punch with ‘Left for Dead’, reminding us why the band became popular in the first place.

Overall, Different Animals is exactly that for Volumes, different. Can say it’s definitively better than their previous efforts? Not necessarily. There are moments where you think the band is pushing themselves forward into something of a more mature sound, but then the nu or the core creeps its way back in. Maybe this is Volumes’ plan: a slow ascent so as to allow everyone to follow then up and not leave anyone behind. I hope that it’s not too slow, or some of us are going to leave Volumes behind.