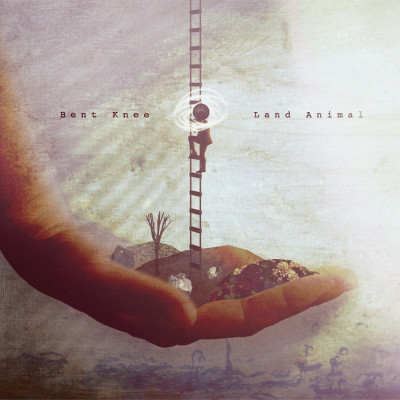 I first discovered Bent Knee via their 2014 release Shiny Eyed Babies, and continued to enjoy their evolvement with 2016’s Say So. To say I was taken aback and wowed by their art-rock meets progressive mixture is an understatement. The whole group worked together so well to contribute their own unique parts that gelled beautifully to create an original and fluid sound.

So with only a short amount of time that has lapsed since the band’s last release a year ago, the highly anticipated Land Animal has been dropped in our lap. The one thing about a group like Bent Knee is that with such an original and vibrant sound, they are always trying to bring more to the table with each release, and at the same time keep their fans fully immersed in what they’re doing. With a standard rock band, this isn’t always the hardest thing to do, but when you add all the elements of this group’s sound, it must take a certain headspace and determination to skillfully deliver music that is up to their standards.

I delve into the new collection of tracks with anxiousness and hope that I’ll be blown away yet again. The opening song ‘Terror Bird’ starts off with light guitar picking and a punchy drum beat that leads into Courtney Swain’s original vocals, and a defiant riff and synthesizer piece follows. The song transitions between these loud and soft parts with ease and continues to show me how capable the group is as songwriters. It flows really well. ‘Hole’ features disjointed guitar and keyboard patterns that play awkwardly behind the vocal path, but it’s so very interesting and captivating that I don’t find myself trying to see where it fits. A more purposeful and dominant push happens in the latter part of the song while incorporating the disjointed fare. This is a great example of how avant-garde sounds mixed with progressive-minded arrangements can make something memorable.

‘Holy Ghost’ moves along nicely with a marching bass line that joins with perfect guitar and drum syncopation, creating an unlikely groove. Swain’s vocals achieve an erratic/beautiful brilliance on this track. ‘Insides In’ is more of a laid-back journey with piano, vocals and light drum work, with Swain and Vince Welch (sound design/production) doing the heavy lifting. It’s light and dark transitions create an intriguing aura that is very captivating. ‘These Hands’ keeps the light vibes going from the previous song, while it quietly marches along with an echo-like effect on the vocals. I love how both of these songs showcase the softer and atmospheric approach that the band can take.

The title track showcases some more of the progressive vibes that the band tinker with, featuring some interesting stop/start sections with slightly off time signatures. ‘Time Deer’ continues the heavy keyboard and violin aspects of the title track with subtle moments thrown in for good measure.

‘Belly Side Up’ and ‘The Well’ round out the album with some great work from the rhythm section, giving us simple sections, and beautifully chaotic arrangements, while ‘Boxes’ closes out the tracks with a slow, moody and lurching quality that shows the atmospheric diversity of the players.

In addition to all the talented musicians that encompass the group, of special note to me is Vince Welch, who does a great job of adding layers and effects on top of the instrumentation to truly put a stamp on the compositions as a whole.

I find with Bent Knee that their albums as a whole are sometimes more memorable than certain songs, specifically in the sense that I usually remember the whole album as a captivating force that hooks me in and forces me to digest the whole platter, as opposed to selecting certain bites that tide me over. This album further proves my point as I find myself remembering the final product as opposed to certain moments. I also notice that ‘Land Animal’ seems to be more focused on mood as the driving force of the music as opposed to bombast. This particular observation is of note to me because unlike their last two albums, I was tasked with multiple listens to fully get the experience, where in the past it was more of an immediate reaction and appreciation.

It’s interesting to note that sometimes albums that demand repeated listens to immerse all aspects of the band’s sound are often the most memorable and stick with you more. While this feeling remains to be seen with this album in a historic perspective, I find it as a great marker in the evolutionary journey of the band’s sound. The great thing about delving into a Bent Knee album for the first time is that very journey, and this album continues that trait.