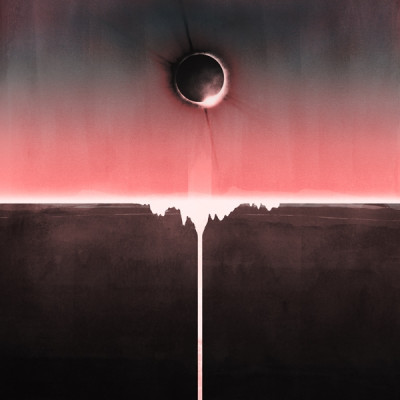 Every Country’s Sun by Mogwai

I’ve always loved instrumental music, that is edgy, ambient, rock music that happened to have no or hardly any lyrics at all. If I happened to come across an instrumental track on the radio I was in awe since they were/are few and far between, at least where I live and not including university/college radio. I also never knew there was a term for some of it (we won’t mention it here). Then one day, a few years ago, someone asked if I heard of the band Mogwai. I said no. He was excited to have bought the latest release and to share it with me. That release was, Hardcore Will Never Die, But You Will. I was in awe. What a great title. It had me thinking, “Fuck, they’re right!”. Then the music started. I couldn’t stop playing ‘You’re Lionel Ritchie’ over and over again. Who was this band? What were these amazing sounds and layers I was hearing? I was hooked. Skip ahead a few years to present day. Mogwai is set to release their first studio album, Every Country’s Sun, since 2014’s Rave Tapes and I have been given the biggest opportunity to review it. This is unbelievable to me in every way.

When I first listened to it, my initial reaction was that it was an all-encompassing album. A sort of best of album but not of their tracks up to this point, but of their spirit and abilities as musicians since they started releasing music. Slow builds, layers of sound, great emotive guitar and bass riffs coupled with versatile drumming and cool and innovative synth/electronic sounds. The album had all my senses engaged and fed my soul.

The album is made up of 11 tracks and starts out with an awesome track entitled, ‘Coolverine’. The synth start is reminiscent of the 80s synth sound. It is quickly followed by a rumbling bass line and another layer that sounds like a small French horn section. Those layers continue. Soon starts the drums and guitar. More layers and changes in melody are introduced that eventually culminate in an awesome end. The bass line in this track is freakin’ amazing.

The track, ‘Party in the Dark’, follows with its contrasting upbeat melody and lyrics that speak to today’s state of affairs. Some might categorize this as their most pop influenced track and I wouldn’t be surprised if Mogwai wrote it this way purposefully, so that it would reach more than just their usual fans. No matter the reason, it’s always cool to hear Braithwaite’s voice.

‘Brain Sweeties’ brings us back to a heavier sound. There’s a great change around the 3:02 mark. Love the keys in this track.

This album is no stranger to their imaginative and curious track titles. The track that follows, ‘Crossing The Road Material’, starts out with another great bass line and the synth is pretty dreamy. I’ve always loved that bell like sound that they use and it’s really great in this driving track. This track is also the longest in length, coming in at almost 7 minutes.

What follows is, ‘aka 47’. An ambient, drone track. At about a quarter of the way through, guitars come in and introduce a great layer of reverberated sound.

The track, ’20 Size’, reminded me of the track, ‘You’re Lionel Ritchie’. Again, I love the synth and organ sounds being played in behind the wall of sound (Burns is awesome on keys). It’s epic and soaring. This track is one of my favorites off this album.

‘1000 Foot Face’ is a slow and dreamy track. It’s complete with dreamy vocals, that act more like another layer of sound rather than a distinct set of lyrics being sung.

The track, ‘Don’t Believe The Fife’ is my favorite track off the album. It’s also the second longest track, coming in at just over 6:25 minutes. It starts as a slow-paced track but with a multi-layered start. Love the synth layers played in the track and the drums really set a dramatic tone. Then at the 4:05 mark…WHAM! A beautiful surprise, signature Mogwai. I won’t describe it for you here. I’ll let you discover it for yourself.

The album ends on the title track, ‘Every Country’s Sun. The start is ambient and ominous. Aitchison is brilliant on this track, and all tracks really. The drums are hard hitting and the guitars are epic, as always. It’s a great ending to another great album.