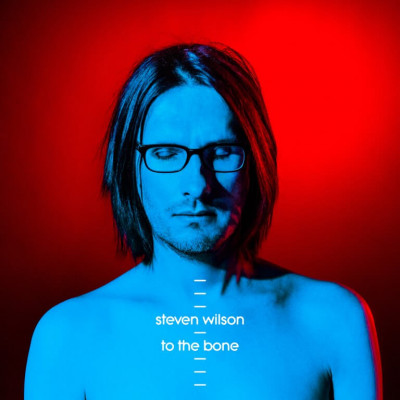 To The Bone by Steven Wilson

Steven Wilson must be one of the hardest working persons within the progressive rock and metal world. Besides working and touring for his own music and projects he’s very active remixing prog classics by the likes of King Crimson, Yes and Jethro Tull to name only a few. His latest release is a solo album under his own name, entitled To The Bone. According to the man himself he’s was inspired by intelligent pop music from the late ‘80’s. This caused some panic within the fanbase, fearing that Wilson would release some watered down pop record with hopes of finally reaching a more mainstream audience…

When you delve deeper into Steven Wilson’s back catalogue you’ll notice that he always had a strong affinity with quality pop music. This is especially the case with Blackfield, his ongoing project with Israeli singer Aviv Geffen. Even on older Porcupine Tree albums like Stupid Dream (1999) and Lightbulb Sun (2000) there are songs that could be considered as pop music, albeit with a progressive twist. It’s in that tradition that To The Bone should be viewed and appreciated accordingly.

This album starts in style with its classy title track which features all the vintage Steven Wilson trademarks, such as constantly shifting atmospheres, meticulously crafted textures and his knack for tasteful and often dreamy melodies all within a loose pop music framework. It’s the directness that really makes this song work. The same goes for ‘The Same Asylum As Before’ and ‘Refuge’. They’re all still adventurous and guitar-driven, but without any type of power play. The focus is squarely on the songs themselves.

Other notable tracks are ‘Song Of I’ with its creepy David Bowie / Nine Inch Nails references, the fragile and moving ‘Pariah’ with Ninet Tayeb on co-lead vocals and the uptempo swagger of ‘People Who Eat Darkness’. Also the Abba-esque overtones on ‘Permanating’ are worth noticing, however it’s not the strongest track on the album and it feels somewhat out of place. Also the sappy ‘Blank Tapes’ doesn’t really add anything to the album.

What about any epic progressive tour-de-force type songs in the vein of ‘Book Of Regrets’, ‘Remainder The Black Dog’ or ‘Luminol’? The lengthy ‘Detonation’ clocking over nine minutes comes close, but that’s pretty much it for To The Bone. On the one hand it’s those type of epic compositions Steven Wilson is loved and admired for within the prog community. That being said such over-the-top progginess wouldn’t fit within the musical frame of this album and it’s only admirable that Steven Wilson likes to take chances and evolves as a musician.

Fair is fair, To To Bone might come as a shock when you expect an album full of proggy grandeur like Grace For Drowning or The Raven That Refused To Sing. This new more pop orientated approach is refreshing and the album features some of the strongest material Steven Wilson has written in a long time. That being said, To The Bone does feature some weaker songs as mentioned earlier. All in all, this record may not be as stellar as his previous solo outings or some of his work with Porcupine Tree, but there’s plenty to enjoy still which makes To The Bone worth your while.