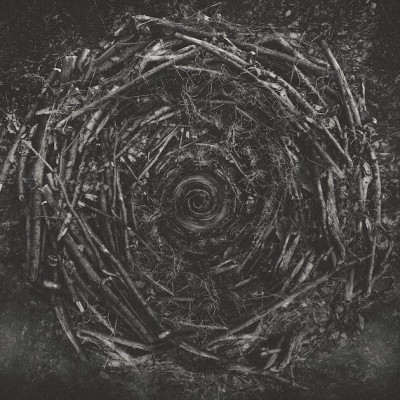 I was not originally a Game of Thrones fan. I have not read any of George R.R. Martin’s books and avoided the television series because I thought there was no way it could live up to all the hype. Then my wife got tired of her friends asking her if she watched the most recent episode, broke down, and started watching it from the beginning. She was hooked, so in turn, got me hooked. Now I’m reading all the different fan theories about Jon Snow, Daenerys, Jaime Lanister, and Bran Stark, painstaking waiting for the final season. Speaking of fan theories and Bran Stark, I know this is a long way around, but I might have one of my own when it comes to the new album for The Contortionist, Clairvoyant, released September 15, 2017 via Longbranch/SPV.

Ok, maybe it’s not so much a theory as it is a comparison. The Contortionist’s previous album, Language, was one of, if not the best album of 2014. Its mix of death, djent, and ambient was a huge turning point in their sound. So much that some of their contemporaries albums were compared to it, in regards to progression of sound. So, as Clairvoyant is now here, it’s time to see if/how the band has progressed this time around.

I’m not sure I can say that The Contortionist’s sound has progressed on Clairvoyant, as much as maybe it continues the progression from Language. Starting with reverberant shudder, instrumental opening track ‘Monochrome (Passive)’ immediately ushers in familiar sounds from three years ago. As it melds into ‘Godspeed’, a similar melody and backbeat pushes the track forward along with the smooth vocal of Michael Lessard. This smooth vocal, along with the consistent backbeat and tone, is part of the continued progression.

The first three tracks almost blend together, with the title track being the next big burst of energy. Within it is one of the few, if not the only instance where Lessard’s harsh vocal is used. However, it’s so deep in the mix you can just barely hear it as backing to his dominant smooth delivery. This I suppose is one of the instances where we can say things are different on Clairvoyant, as on Language I think the hash vocal would have prevailed, as maybe it should have here.

‘The Center’ brings things back down dynamically, but maintains the groove, amping up the ambients and some syths towards the end. ‘Absolve’ carries us through with another familiar off beat bouncy groove, ending in a flurry of notes between guitarist Robby Baca and keyboardist Eric Guenther. Opening with some ominous synths, the next big hook comes in ‘Relapse’. With a call back to the album tile in the lyrics, you begin to wonder if you’ve been listening to a concept album the whole time. Maybe there’s been a main character who gains clairvoyance during a sickness or addiction, which they then pull through. ‘Relapse’ being exactly what it sounds, with the next track, ‘Return to Earth’, being some sort of intervention. Its melodic peaks and valleys are the most powerful of the album. The final lyric makes you think things didn’t turn out so well, and ‘Monochrome (Pensive)’ seems to solidify it. With a slow build to what sound like eulogy lyrics, the light tones and up-tempo backbeat usher in another call back to the second track, wishing ‘Godspeed’ to the main character.

In the end, The Contortionist take you on quite the journey with Clairvoyant. It may not be as dramatic as Language was, but it feels like they have arrived at where they wanted to be. This where the Bran Stark comparison comes in. As his character has followed such a tumultuous path, with season six being its climax as he transitioned into the three-eyed raven, season seven saw this all flushed out into a calmer, super focused being. The Contortionist have also done this. As Language was their season six, Clairvoyant is their season seven. So now, as I can’t wait to see what the next season of Game of Thrones, I also can’t wait for what comes next from The Contortionist.