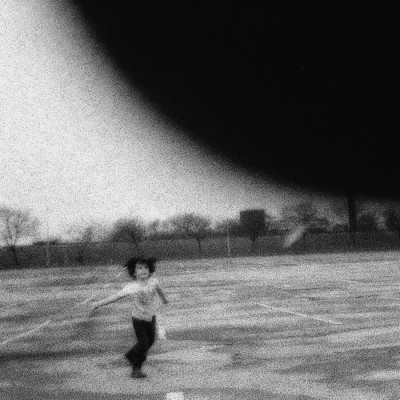 Concept albums have always come across as a very hit or miss thing, all dependent on the artist and their ability to express the story that has influenced and shaped their album. Oftentimes, we can see bands get a little too bogged down in their concept, and their expression becomes one that is muddy and confused, no longer expressing anything of interest (Looking at you Muse). Here though, musician Efrim Manuel Menuck, of Godspeed You! Black Emperor and The Silver Mt. Zion Memorial Orchestra, has found himself creating a body of work influenced by the most bizarre and intriguing of stories, which isn’t simply being talked about in the tracks but rather given the space to influence the mood and feeling of the album Pissing Stars itself, creating a much more different kind of concept album.

Letting himself be guided by the remarkable story of American television-presenter Mary Hart’s romance with one Mohammed Khashoggi, the son of a Saudi Arms dealer, Pissing Stars offers us an incredible throw of emotion and feeling as we’re dragged through a world that through all the chaos, confusion, destruction and death, still displays the most beautiful of emotion in the most extraordinary of ways. It is a story Menuck has held onto himself for decades, and like love itself, it is something he finds himself returning to, which in turn has helped shaped the album we’re hearing today. There’s an incredibly bizarre element to much of this, from the concept to the creation of the album itself, though it is all one that adds up to something incredibly lasting and touching.

Much of the record feels highly experimental, from the concept of the album to the music itself. There’s a wonderfully fresh variety to the music, ranging from experimental drones to garage rock outs, all packaged into something wonderfully cohesive that brings the entire album together. From the beginning we’re presented with something incredibly foreboding and ominous, extenuated more so by the incredible stabs of electronic whines that feel almost deathly in their presence. Whereas some artists sometimes opt for a more minimalist approach to their electronic elements, Menuck seems to opt for a maximalist approach, drowning us in music that completely envelopes us as listeners. We’re completely sucked into the whole experience, dragged along this journey, left wondering of the state of the world and how something as fragile as human emotion can even last in something so seemingly ruined.

Those who remember Plays “High Gospel” might infer that it felt more like a Silver Mt. Zion record presented in a solo package, whereas Pissing Stars feels much more like an Efrim Manuel Menuck solo album (if such a thing can be described as that). The expressions of its ideas and concepts have come through in phenomenal and powerful form, making this a remarkable solo achievement from one of Constellation Records most creative of forces. Any fan of Silver Mt. Zion/Godspeed You! Black Emperor will no doubt find Pissing Stars to be a very intriguing album, one that can at times feel tough to get through, but one that remains a phenomenal musical experience for those who can.