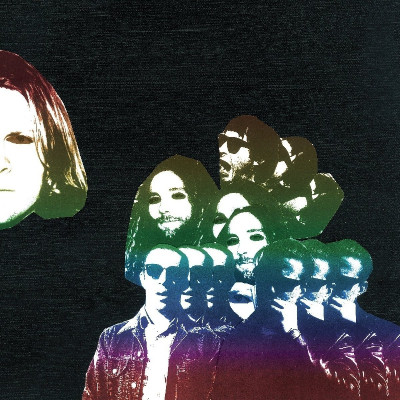 There’s no denying Ty Segall is a prodigy but his new 10th full length album Freedom’s Goblin cements his place as the father of modern psych rock. Segall had been hinting at an album for a while, dropping numerous promising singles, but nothing could prepare us for the project that followed. The Californian mastermind lets his wide range of influences bleed through into his music allowing a multi-coloured stream of punk, rock, psych, folk and funk to shine through showing huge freedom in style and utilising the double album format to its full experimental capacity. The result is a project passionately funny, expansive, violent and concise all at the same time.

‘Fanny Dog’ opens the album as heavy layered guitar beatings ensue Ty allows his raw vocals to lead you through a goofy song about his dog. The brass builds up and adds huge weight to the song before crushing you into an interlude. A quick inhale is allowed on the ballad ‘Rain’ where the band sprinkle instrumentation more sparsely and introduce some piano into the mix. Ty comes off as melancholic and contemplative sounding almost like Thom Yorke in places on this track. These songs set the tone for the rest of the album as Segall flirts with a whole range of emotions and personality traits which is in part what makes him such an interesting and relatable performer.

The albums then takes disco funk detour into a cover of Hot Chocolate’s 1978 track ‘Every 1’s a Winner’. The band act as tutors demonstrating a master class in distorted fuzz riffs, enlisting the help of actor and long-time friend Fred Armisen on percussion. ‘Despoiler of Cadaver’ catches the wave and continues riding the bubbling juicy funk for all its worth. The conversation over this song is indulgently sexy, weird and sinister in the best kind of way possible.

‘When Mommy Kills You’ leaves you chasing the album thread as chords and distortion continue to jump around never leaving you quite enough time to grasp the song while the high backing vocals taunt you. ‘My Lady’s On Fire’ treads on some common ground drawing influence from T. Rex and shows off Ty’s song writing skills resulting in an optimistic and lively but equally sad song. The melodies on this song get underneath your skin and the horns help blow them somewhere where they’re impossible to get rid out. This Marc Bolan influence is made clearer on ‘The Main Pretender’ which throws a sax into the mix drawing further similarities to T. Rex’s 1973 LP ‘Tanx’. It’s no wonder Segall released a cover album of their material back in 2015 called Ty Rex.

No one is ready for what comes next. ‘Meaning’ kicks up some percussive bangs and guitar screeches before charging head first into a fem punk distortion onslaught dragging you along in the dirt and wake of its carnage. Ty Segall’s wife Denée shouts “I see fear in freedom!” while Ty steers the bull around the pen and right out the fucking gates. The band slides to the other end of the spectrum with ‘Cry Cry Cry’ a Beatles-esque ballad with tropical swinging psychedelic twangs. Freedom’s Goblin is truly released at this point; the bands guitarists battle doom riffs on ‘She’ and spiral into yet more sax infused madness this time coming over all psychobilly on ‘Talkin 3’. Finally instead of fading out the band throw down ‘And, Goodnight’, a huge twelve minute electrified cover of their surreal 2013 single ‘Sleeper’. The album had already blown my mind and this song serves the perfect head fuck into come down.

The album is beautifully messy and overpoweringly crisp symbiotically which is in part owed to the outstanding mastery produced by anything Steve Albini touches. Ty Segall a great example of a true genius who effortlessly employs the DIY experimental attitude associated with modern garage rock. Despite the album spanning 19 songs and clocking in at an hour and fifteen minutes Freedom’s Goblin doesn’t feel long or drawn out, in fact it feels quite the opposite and leaves you with a taste for more that only Segall can satisfy and I have no doubt he will. What a way to kick off 2018!