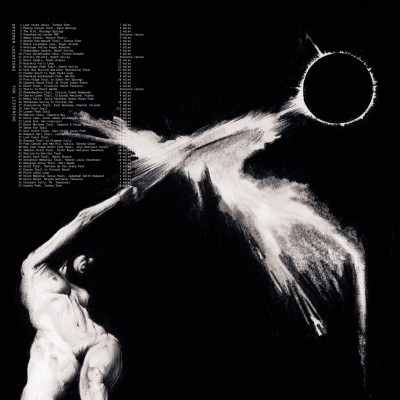 To kick start 2018, record label Kranky offer a new addition to their roster, the latest album from producer and sound artist Fred Warmsley, operating under the moniker of Dedekind Cut. With a career that spans many genres, including hip-hop and break-core, this latest album (and second under the Dedekind Monkiker) titled Tahoe sees Warmsley exploring the ambient music genre once again, producing a rather experimental work that really delves deep into what people can express with the genre, utilizing sound-collage techniques as well as more conventional ambient music concepts. It all results in an album that soothes and calms at one minute before throwing the listener into a sound-art landscape and back again.

There’s a beautiful subtlety to much of the album, which utilizes gentle pulsating drones that swell and shrink, accompanied by delicate fragments of vocals, field recordings and/or choral melodies. As the album begins, presenting us with a more quintessential ambient experience, it feels as though the music is swaying beyond the ether in some world unseen, gently pushed by weathered effects which affect the landscape. This then suddenly falls away to reveal more discernible details, such as the flowing of water, or the sudden passage through a dark and foreboding section of landscape. There is an incredibly rich tapestry of detail, one that transcends the typical formalities of ambient music in the hope of creating a much richer landscape, expressed solely through the music itself.

There’s many worlds being presented on Tahoe, and whilst at times it gives the album an almost disparate sense of being, it displays an incredible range of creativity, one that concentrates on experimentation over creating a single sense of feeling. There are times in the album that soothe, others that confound, others that feel like being lost in a swirling rotation of lights, colours and sounds. It’s an interesting experience, one where repeated listens brings up more and more details that were seemingly overlooked previously, but upon revelation suggest wholly new worlds and landscapes for one’s own headspace.

Tahoe at times feels much like an album only Kranky would release, an album with many experimental ideas all fused together into one cohesive trans-formative vision. There’s beauty, chaos, fear, calm, joy, sorrow… it’s all there across the 8 very different tracks. It’s perhaps at times not an album one could solely meditate too, but it is one where people could get completely lost in its rich tapestry, floating through a myriad number of worlds, all interconnected by the album itself. Perhaps it’s the kind of album that takes a number of listens to truly understand, though it is one that is truly generous to those who have lost themselves within it.