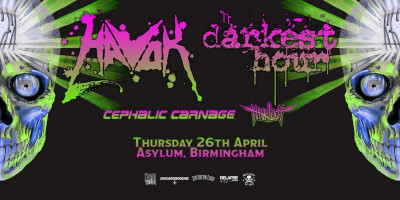 Havok at The Asylum

In the north of Birmingham, in a small post-industrial pocket yet to succumb to the swathe of gentrification, lies The Asylum. This venue is yet to conform to the slick and regal mock-ups favoured by venues like the O2 Academy and Institute. Instead, its dim lighting and a distinct smell of beer harken back to an ancient time, back when people could smoke in venues – its black painted walls adorned with stickers, poster, drum heads, artwork and all other memorabilia from the many bands that have graced these corridors. In the main room, to some more recognisable as Uprawr, a smattering have gathered for the opening act of the evening: Australian thrash metal band Harlott set up their instruments before opening their set.

Throughout Harlott’s set, the crowd grew gently. Those that were there were greeted by an offering of traditional thrash metal. Playing around six songs, they sped through their set, but not failing to earn themselves a few fans from the Midlands. ‘The Penitent’, played halfway through their set, was a highlight.

Cephalic Carnage from Denver, Colarado, came onstage next. After their final soundcheck, their lead singer, Lenzig Leal, graced in an Angel Witch shirt, unleashed his guttural vocals and the band proceeded with their death metal venture. A particular highlight was the introduction of their song ‘Persistent General Arousal Disorder’, a pseudo-grindcore song . . . we can say it’s about “self-love”. As their set went on, the violent and visceral death metal songs morphed and a song like ‘Lucid Interval’ displayed an intense technical proficiency. Towards the end of the set, they all adorned masks, with the bass player opting for a horse mask before members of the other bands came onstage to join in the final bash. Thoroughly entertaining, and it turned the venue from a spacious warehouse into a party-house.

After the crowd had sufficiently lubricated/inebriated themselves, the warming brass notes, and then bouncing rhythm, of ‘Next Episode’ began. Darkest Hour came onto the stage, opening with ‘Knife in the Safe Room’, and going into ‘Convalescence’. The ability of the drummers running theme throughout tonight, each possessing great speed and precision in their double bass. The guitar solos too were blistering, with the guitarist blitzing through a lead section in ‘Doomsayer’ to the astonishment of the front row (faces now melted – charges pending). ‘Violent by Nature’ performed precisely as it’s name suggests, and Darkest Hour, much like Cephalic Carnage, blessed us with some new material. There was also a Dead Kennedy’s cover, aimed at those pesky faschists before they closed the set with ‘With a Thousand Words to Say But One’ and ‘The Sadist Nation’.

Prior to Havok coming on stage, their warm-up song was ‘Bohemian Rhapsody’. Whilst the song is ‘untouchable’, it was a shame that when the guitar section kicked in the band didn’t morph it into a thrash version. Nonetheless, the song ebbed away, and on a bass guitar illuminated by green fret inlays, the slapping intro of ‘Hang ‘Em High’ began. Due to the pitch of the vocals, it took a lot of strength from David Sanchez to fight over the bass tones, nonetheless, he succeeded.

The crowd had now sparked into life, and though the room wasn’t filled, they made the most of the space with a pit when ‘Out of My Way’ played. When ‘Point of No Return’ played, Havok demonstrated effectively their blend of traditional thrash metal, whilst giving it a modern twist; again, the slap- bass really working hard here. There were plenty of fun guitar-duel sections, whilst the crowd continued to rage, before bass guitar player Nick Schendieloz joined the party. Ending with ‘Intention to Deceive’ (which worked if you were expecting an encore) the band took their plaudits and made their way.

This evening showcased a wide range of talents in the world of thrash, hardcore, and death metal. It showed how much those genres share as well as its ability to entertain and astound. Harlott, as well, certainly earned a lot from this evening and the tour. Although, after a three- to four-hour foray of one-hundred-miles-an-hour guitar riffs, a little breather was welcomed. 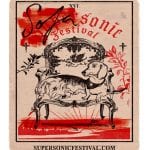 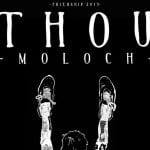 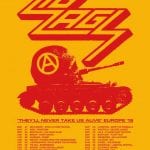 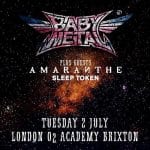 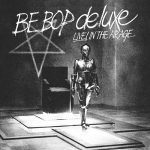 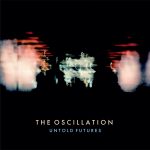 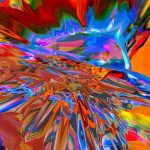 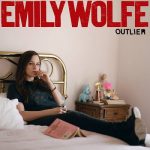