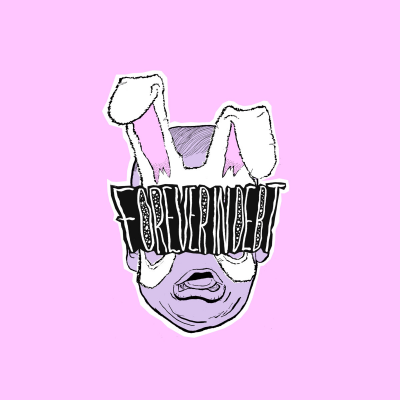 Forget Me Knot by Forever in Debt

1. Vicious algorithms of sonic destruction denoting the bludgeoning aggression of interstellar soundwaves, as they vanquish your senses, and pacify your ear drums, while transcending your solemn suffering soul beyond the solar system, and into the realm of ravaged raw power.

“Tonight I felt the weight of every word anyone ever said to me
Relieve me, I want to leave town and weed out my anxieties
I want to leave”

Hailing from my hometown Widnes, chiselled between Manchester and Liverpool, in which the looming factory secretes the smog filled clouds that hang from the stars like aging Victorian death photography come Forever in Debt, parading their second EP, Forget Me Knot, like a beguiling offering to The Wicker Man.

Forget Me Knot isn’t a mere Alice’s stumble down the rabbit hole; more being dragged and swallowed alive by a living breathing organism. It acquires every part of you through the spiralling distortion, slurred omnificent howls, to the rampant drumming that kicks your bruised and weary body through the mire of the earth; every beat a blood-soaked bat spooling out your brain chemtrails. But still, you grin hysterically, as the bass mummifies your body, each note a vine gripping tighter and tighter.

You can’t just sit back and listen to Forever in Debt’s second EP. It’s like being ripped apart by a supernova from the first seconds of the opening track, ‘Without a Sense of Summer’, and drags your splashed convulsed atoms through the grunge-soaked ellipsis of nocturnal angst before abruptly spitting you out while peering from the shadows, as you collect what’s left of yourself and sadistically slither back into ‘Rabbit Hole’, eagerly traversing the musical maelstrom of the macabre and screaming:

Kenn and Craig have been firmly embedded in the North West music scene for over ten years, but never has their energy and passion been more coherent, even more so with the recent acquisition: the eclectic musical knowledge and talent of bassist Jack, fussing their creativeness into an all-encompassing heliosphere of augmented noise. Forever in Debt have bondless possibilities ahead, cementing themselves as one of the most nerve singeing live acts around, and second half tracks ‘Billy’ and ‘Chewing Bees Live at Suff Studios’ are testament to that. Like trapped trinkets of scorched fireflies, they burst with blinding energy from within the recorded prism of Forget Me Knot, revealing an honest and unpromising meditation on the struggles of mental health, as if Orpheus himself had his lyre affixed through the reverb pedals of the underworld summoning Eurydice.

Rarely have I listened to an EP as frequently as this in such short succession. I feel like a sudden burst of amnesia washes over me as the final track ‘Chewing Bees’ burns out through the canals of my brain, only to be reminded by a sense of subconscious yearning to press play again and corrode the numbness of recent musical releases.

What’s next for the galloping grunge guardians? Forever in Debt will be touring throughout May, along with other Society of Losers favourites: Wife, Bisch Nadar, Dead Houses and Salt the Snail. So, navigate your way through the labyrinth of live music ahead of you and find your way to one of their shows; but brace yourselves, as they make the descent through Dante’s Inferno feel like a leisurely walk amongst the pines. 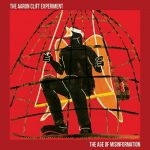