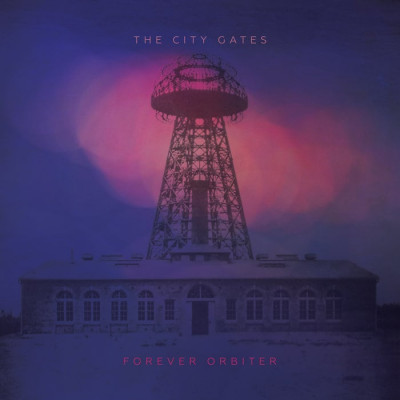 Forever Orbiter by The City Gates

I’ve been following The City Gates for a few years now and even had the opportunity to open for them when they played in Ottawa a couple of years back. I’ll never forget that performance for as long as I live! They are a four-piece shoegaze band from Montreal and are known for their lush and reverberated sound. On April 27th of this year, they released their second album, Forever Orbiter, via Northern Light Records. To say that they have been busy is an understatement. After having released their album, they embarked on a tour in the UK, including performing at the Focus Wales Festival and playing in Montreal.

As for this new release, well it is incredible. They didn’t invent the term “Wall of Sound” but their music definitely exudes all that this term entails. They included my all time favourite, ‘Checkpoint Charlie’, as well as ‘London’ and ‘Maddening Ride’. These three tracks were previously featured on their cassette release in October of 2017. This release also includes four new tracks, ‘Phantom’, ‘Echo Radio’, ‘Dead Calm’ and ‘Sad Sad Surf’.

‘Checkpoint Charlie’ might have been a remnant of the Cold War, a crossing point between East and West Berlin but The City Gates’ version is nothing but cold or a symbol of war. The lush sounds created by each band member wraps around you moving you along on a sonic tidal wave. By the 2:29-minute mark, it all comes crashing over you. The track includes driving guitars, a steady beat and dreamy vocals all made even more incredible by their use of reverb.

Aside from the incredible guitar, bass and drum work, I can’t say enough about the vocals and the use of reverb. No track showcases this more than ‘Maddening Ride’. It’s as though recording took place in a cavernous room within another cavernous room. Putting the vocalist, Maxime, in the centre. Hard to explain but I’m sure you’ll get what I mean when you listen to it.

The newer tracks have a slightly different feel to the first three but not so much so that it disturbs the flow of the album. The vocals seem to stand out just a bit more in these tracks too. I love the keys that are added in ‘Phantom’. The drumming in this track is also pretty great. Check out the epic change at the 3:00-minute mark. I love the tremolo work here.

The last three tracks felt like an ode to the 80s, especially ‘Echo Radio’ and ‘Sad Sad Surf’, thanks to the drumming style, powerful but punchy. The guitar work in ‘Sad Sad Surf’ reminded me of The Cure. The title is fitting since I was definitely sad that the album had come to an end.

I consider Forever Orbiter the soundtrack to summer 2018. It’s dreamy and airy, yet driving and atmospheric all at the same time. Enjoy it on a road trip or just relaxing outside on a beautiful day. It’s great turned up loud or listened through headphones.