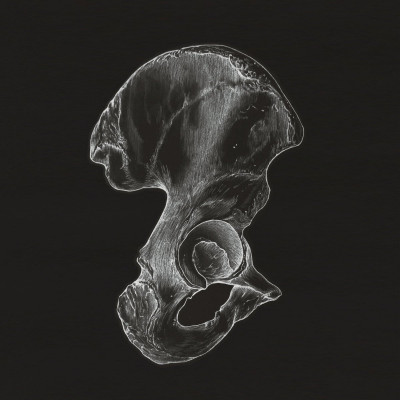 Foam EP by The Infinite Three

There are several things most people look for in good music: a good singer, good production and good riffs. Mix them altogether and you should have the marvellous medicine for creating music that people want to listen to. That is what The Infinite Three have mostly managed to create here with their Foam EP.

The Infinite Three tell me that “Foam is the sister EP to last December’s Innocence, assembled from the same wreckage of hours of improvised recording sessions and continuing in the same adventurous vein as its predecessor.” I can confirm that this is certainly the case and the playful repetition of the upbeat, riff laden opener ‘Lakes’ glimmers The Infinite Three’s adventurous streak. There’s howling guitar openers, a deep growling bass riff and use of cowbell, everything required to get you in the mood for a head-bob and a rhythmic gyration of the shoulders. I love this track and think it is a great little opener. Whilst keeping in mind that the EP is a package of essentially B Sides, I am almost upset that this track wasn’t further refined from six minutes of improvised sounds to a three-minute belter, which it most certainly could be.

‘Word In Your Mouth’ has a slightly less upbeat, more rowdy aggressive nature than that of the opening track. There’s a slower paced, drum shuffling riff spread underneath staccato vocals which hails to more grungy territory. Again, this is another really cool song that is quite long and fairly fitting of a more A Side track if it weren’t quite as long. That being said, I know research suggests that riff laden music appeals to the listener and I quite like being treated to an early 90s style hard rock/metal groove instead of listening to shit that spiels out over commercial radio. I like the dark depths the bass line reaches and how it takes the forefront of most of the drive of the piece.

We then come to the title track, ‘Foam’, which slightly shifts direction again into more of an indie-esque, marching, bar chord track. It works quite well but I have to be honest that there’s nothing grabbing me by the bojangels with this track; it seems more like your average middle of the road rock song (which is fine, it’s ok but just not as good as ‘Lakes’ and ‘Word In Your Mouth’). ‘No Heavy Residue’ is the last track of the bunch and its name is spot on; the track is an instrumental niche jazz prog type crossover, with a heavy emphasis around a tom filled drum riff. There’s some interesting harmony between the bass, guitar and key parts which work well but again, this is ok but not smacking me in the face.

The Infinite Three have rekindled a like for alternative rock songs that I always had but have recently pushed to the backburner. I would recommend checking this EP out as it has riffs of varying shapes and sizes, with a 90s indie rock/alternate sound to tickle lovers of several different interests and genres. If anything, Foam EP will light a desire to check out the rest of The Infinite Three’s discography and as a newcomer to them, that is something I definitely intend to do.