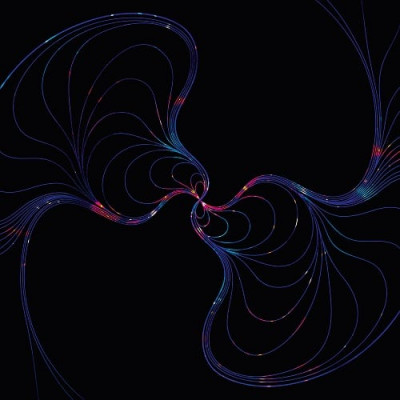 No Sounds Are Out Of Bounds by The Orb

Ask anyone who was around at the time what the defining dance records of the early 90s were, and it won’t be long before someone mentions The Orb‘s Adventures Beyond The Ultraworld. Released on April 2nd, 1991, Ultraworld  is an acknowledged classic; a two CD/four LP voyage into deep space, its soundtrack a barrage of seemingly unconnected samples overlaid on a bed of electronica and danceable beats that, despite its almost wilful eclecticism, merged seamlessly into a mesmerising whole. ‘Little Fluffy Clouds’ invaded the UK’s singles chart, and the likes of ‘Spanish Castles In Space’, ‘Back Side Of The Moon’ and the mighty ‘A Huge, Evergrowing, Pulsating Brain That Rules From The Centre Of The Ultraworld’ were fixtures in every chill-out room in the land. Adventures Beyond The Ultraworld was The Orb’s debut album, but it was also an instant classic. As any musician or band that achieves such great success with their first record can tell you, that level of early success can be a mixed blessing.

Whilst The Orb, helmed by Alex Paterson and a succession of collaborators, have remained a beloved institution of the sort the UK underground delights in producing intermittently, The Orb have struggled to recapture that initial crossover success. In part, it’s because the early 90s audience have moved on, and that special time for the UK underground has passed. However, it’s also because Paterson and his cohorts have refused to play it safe. After their triumphant second album, U.F.Orb, the band have produced over a dozen albums, most of which refused to contemplate anything as obvious as a “single”. The band’s adventures into ganja smoke-drenched dub, minimalist ambient and sound collage were nothing if not adventurous. Paterson seemed perfectly content to follow his mischievous muse wherever it might lead him, and if The Orb disappeared from best-seller lists, the faithful travellers of inner and outer space remained loyal and lavish with their praise.

Now, it seems, Paterson is ready to release an Orb album that marries that adventuresome spirit with the studio gloss and addictive sense of melody of The Orb’s more commercially successful material. In fact, No Sounds Are Out Of Bounds – named for the album’s mission statement, where no ideas were to be considered too outlandish or unsuitable – has more in common with The Orb’s first record than almost anything else the band have done in the intervening 27 years.

Like Ultraworld, No Sounds Are Out Of Bounds opens with perhaps the most obvious ‘single’, the languid ‘The End Of The End’, featuring Scottish vocalist Emma Gillespie. Unlike ‘Little Fluffy Clouds’, however, ‘The End Of The End’ is a more traditionally constructed song, albeit one built on a sea of juddering electronic bass, Paterson and friends being clearly unwilling, or possibly unable, to commit themselves to the orthodox.

From here, the album wastes no time in setting out for deep space. The Orb’s new record is front-loaded with the more radio-friendly fare: ‘Rush Hill Road’ is this record’s ‘Perpetual Dawn’, opening with a distorted Robin Williams wishing his listeners a “Good morning Vietnam!” before settling into an effortless skanking groove that will be instantly familiar to fans. Shot through with phased soundbites and Hollie Cook’s honey-toned vocal, it comes over as ‘Perpetual Dawn’ via ‘Towers Of Dub’ with added ‘Toxygene’, and possesses the kind of nagging chorus melody that is impossible to forget once you’ve heard it. It’s probably the most immediate and memorable track The Orb have released since the 90s.

At this point, the dedicated space travellers who’ve supported The Orb all these years might be forgiven for wondering if Paterson was committing that most unforgivable of crimes: chasing the approval of the mainstream. However, their concerns are entirely unwarranted. Anyone worrying that perhaps The Orb have been busy cooking up pop songs and have forgotten how to mount a proper deep space voyage is amply rewarded elsewhere; for all their potency, the obvious ‘singles’ are just one side of this record.

‘I Wish I Had A Pretty Dog’ sits between ‘The End Of The End’ and ‘Rush Hill Road’, and sets out a very different stall to its neighbours, flirting with dancehall as it skanks along mysteriously, as typically Orbian samples and soundbites wander around the soundscape. Effective as it is, Paterson and friends are still just warming up. ‘Pillow Fight @ Shag Mountain’ marries a cavalcade of effective samples to a wonderfully fluid melody and meandering piano interludes to mesmerising effect. It’s one of the longer tracks here but never outstays its welcome, elements percolating in and out of the mix in typical Paterson style, like a less dreamy ‘Blue Room’. It’s seven and a half minutes seem woefully brief for such an effective display, but the album weighs in at 70 minutes as it is. The voiceover warning of the dangers of a “floating love orb” and the bookending sample from the 1950s series Time To Remember are the amusingly self-referential cherries on a deeply satisfying cake.

Elsewhere, Paterson and friends opt to go even more off-piste. ‘Isle Of Horns’ is positively spectral, its hushed, scratchy beats and ghostly bass forming a bed for a dizzying array of samples, but very much in subdued mode. It’s so subtle that it runs the risk of being unmemorable, especially when the rave klaxons of the nuclear war obsessed and extraordinarily funky ‘Wolfbane’ crash in at its end. Similarly, ‘Other Blue Worlds’ takes a simple techno groove and sits on it, slowly intensifying like a kettle coming to a slow boil – a mind-melting, trance-inducing slow burner that serves almost as a transition point between the two halves of the album.

Perhaps oddly for a band so rooted in the halcyon days of the early 90s, the ghost of the 1950s hovers over the entirety of No Sounds Are Out Of Bounds. Then again, the decade that gave us Cold War paranoia, McCarthyism and pulp Sci-Fi seems like a part of The Orb’s spiritual DNA. This is borne out again as the strangely melancholic ‘Doughnuts Forever’ opens with more military soundbites before ushering in its own brand of 50s pastiche, with hushed strings and girl-group vocal sample providing warmth to a less-is-more loping beat and occasional piano.

And with that, the album breaks with expectations, and sets off for parts unknown. The all-too-brief ‘Drift’, formed largely from a spoken word piece, makes for an unusual but satisfying bridge into the final three tracks. If The Orb have been floating in space all this time, they break orbit for the last 25 minutes of the album. ‘Easy On The Onions’, all tumbling piano and woozy dancehall, is effortlessly charming, and bridges seamlessly into ‘Ununited States’ – now there’s a title you just have to applaud at the moment. This penultimate track is a cocoon of plangent piano, woozy trumpet and a shimmering bed of almost Floydian synth. It’s a lament for modern times, an oddly affecting track that betrays a longing for better, more innocent, times that feels all too short.

Paterson and friends have, in many ways, saved the best for last. Our final destination is the ‘Soul Planet’. Like ‘A Huge, Ever-Growing Brain…’ on The Orb’s much-lauded debut, this closing epic unfurls at its own pace, elements slowly coalescing out of the void, slowly building up a head of steam – and is it just me that hears an echo of the alien signal from the film Contact in the rhythmic centre of the track? Later, the track surrenders that momentum once more, its elements drifting apart into the darkness, leaving behind an imprint of a piece of music whose total outline you’re never actually able to see. It’s simultaneously beautiful and bittersweet, much like the album that houses it.

In a sense, Paterson and The Orb have been living in the shadow of the towering achievement of Ultraworld ever since it was released, but ultimately there is no shame in acknowledging that they have been unable to eclipse it. Perhaps sensibly, they’ve elected to pursue myriad different paths in search of new inspiration rather than re-tread the path they have already trodden so successfully. Whilst No Sounds Are Out Of Bounds undoubtedly shares some of its DNA with its illustrious forebear – perhaps more evidently than most of the band’s other work – it is also informed by everything The Orb have done in the interim. This record is clearly the work of an older, more seasoned creative team. The wide-eyed naivety that helped to make Ultraworld such a joy is tempered with experience and a broader sonic palette.

No Sounds Are Out Of Bounds feels like the right record at the right time for The Orb. Those who have been puzzled by The Orb’s adventures outside of the Ultraworld will find its construction and mood welcomingly familiar, yet intriguingly different; for the faithful, this record feels perhaps like the logical conclusion of a long and fascinating period of public research and development. Either way, this is a compelling, hugely imaginative and strangely addictive record. A balm for the senses, a holiday from the modern world, it also manages to be a commentary on where we are, how little we – and therefore the world – have changed in the last 60 years. Whether The Orb intended to make a conceptual record or not, No Sounds Are Out Of Bounds is the perfect soundtrack to the summer of 2018 and beyond.