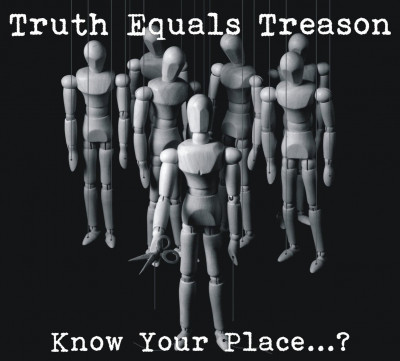 Lincoln based Truth Equals Treason, whose name was inspired by whistle blowers like Chelsea Manning and Edward Snowden, formed in 2015 releasing their first 5 track mini album It’s Got A Photo Of Thatcher, It Must Be As Punk As Fuck in early 2017, a collection of hardcore political punk diatribes that engaged with the corrosive effects of mainstream media, working class experience in 21st Century industrial capitalism (‘Lives are spent, live like drones-hand to mouth and payday loans’) and the plight of refugees and the West’s military involvements that so often lie behind their flight. It was a great debut album from a band on a mission, as guitarist Jam said in an interview for Echoes and Dust It’s Got A Photo Of Thatcher, It Must Be As Punk As Fuck is “Essentially modern life in microcosm, sadly. The title might also be a little dig at lazy ‘dad-punk’ that sometimes appears to think that wearing a pair of bondage trousers, surrounding yourself with the tired iconography of 35-40 years ago, and singing about puking your guts up after 20 pints and a kebab is all that punk’s about… I mean, I’m a fully-paid-up old fart myself, and we all wallow in nostalgia at times, but c’mon – punk used to shake the foundations of society for fuck’s sake! There are still plenty of battles to be fought here and now to try to make the world a slightly better place, so let’s have it!” (1)

The rest of 2017 saw Truth Equals Treason release the Fifty Shades of Pain single and ‘Through The Cracks’ a benefit track with all monies made going to Punk 4 The Homeless; a band who put their money where their mouth is.

Fast forward to June 2018 (via a couple of compilations) and T=T have released their second mini album Know Your Place…? Now in rock mythology there is the idea of the ‘difficult ‘second album so it’s always interesting to see what a band comes up with once they’ve used up all their best, tried and tested material in their first release, does Know Your Place…? manage to build on It’s Got A Photo Of Thatcher, It Must Be As Punk As Fuck or is it IGAPOTIMBAPAF Part II?
Good news is T=T have managed to raise the bar in every way with Know Your Place…? It’s a cleverer, sharper, slightly more sophisticated, more variously textured album while keeping the anger, the compassion, the power of their first outing.

With Know Your Place…? Truth Equals Treason don’t even let you get the CD in the player before they’re having a go, making you think, challenging you about your own complicity in the militarised, neoliberal plutocracy that is the UK 2018. On the cover a group of six marionettes stand heads bowed with a seventh out front standing tall with cut strings and a pair of scissors in hand. Thoughts occur, ‘Where am I in that picture?’…’The lead marionette is wielding the scissors, no one has cut the strings for her/him…what resources do the scissors represent?

For those of you into such things you’ll be pleased to know it just keep getting better when you slide the CD out, it looks like an old school vinyl single! Nice touch! Plus lyric sheet. A lot of thought and love has obviously gone into this.


Know Your Place…? starts with a sampled speech ‘Today the top tenth of 1% owns more wealth than the bottom 90%’ then the music starts while another voice dismantles trickle down economics. Brooding, ominous, setting the scene, the lull before the storm…then it hits! Think G.L.O.S.S., think Glamour, think your favourite old school hardcore band, great riffs, great drums and incisive lyrics delivered with barely contained fury-Glen gives the impression that if he wasn’t singing ‘Crumbs from the Table’ he’d be in danger of spontaneous combustion

“Sit up and fight – your blood it should boil!
Or lay down and suffer a lifetime of toil.
The system’s a farce, you’ve got nobody fooled;
if you close our eyes, then they’ll always rule.
Aspiration to lies – all power is guarded;
they gave us nothing – why should the advantaged?
Sold an illusion – told we are free;
dangled a carrot – social mobility.

If you’re willing and able; you’ll get the crumbs from the table.
If you’re strong and you’re stable; and believe in their fables.”

Honestly punk doesn’t get better than this, great start!

Track 2 ‘Progress’ has an extended ferocious Intro before the vocals come in as more of a recitation than a song.
“More people in the west now die as a consequence of our way of life, our standard of living, and our affluence, than are killed by natural disease. We slaughter them in road accidents; we kill them with fast food, smoking, and through alcohol abuse; we addict them to drugs and chemicals. A vacuous media diminishes their feeling of self-worth to the point where they kill themselves because they’re convinced that they’re too fat, too thin, too short, tall, or flawed in some other way. We drive them to think only of success and convince them that personal achievement overrides the needs or rights of others.
Does that sound like progress to you?”
Truth Equals Treason collective response? “FUCK OFF!” before somehow Jam and Alan raise the intensity even more while Glen roars “Does that sound like progress to you?” Brilliant!

‘Born Again Atheist’ takes aim at the dark side of religion, right-wing Christians-isn’t that an oxymoron?- TV Evangelists fleecing the vulnerable, religious intolerance, religion as the co-opted priesthood of the status quo. Understandably T=T are a little put off by this litany of abuses and power plays, by religion as a means of social control, but cleverly, while stating their atheist position, they don’t take aim at the spirituality of the poor or the use of faith as a resource in the struggle for freedom (eg Liberation theology). Clever, nuanced song. This is no adolescent shock stuff, well thought out.

‘And the Bombs Keep Falling…’ is as hardcore as you like, furious musically and lyrically if this doesn’t make you cerebrally/emotionally angry and physically excited then you probably need to take your pulse, you may be comatose.

“A charred corpse kneels in supplication,
arms raised to shield against the fire.
‘Assets deployed’ to defend the nation;
piling fuel on the world’s funeral pyre.

A father kneels and holds his lifeless child.
But death came not from terror’s hand.
Tries to remember his baby’s smile,
as her blood seeps away into the sand.

And the bombs, they just keep falling…”

All over h/c riffs that perfectly compliment the subject matter!

Track 5 ‘Blame Thy Neighbour’ is even better!! It starts with xenophobe Katie Hopkins arrogant twaddle before T=T’s riposte to the new mainstreamed, smartened up, media savvy alt right. Musically it starts off at a slightly slower pace before Glen’s vocals/roar kicks in and the whole thing becomes an anthemic masterpiece! Are three people allowed to make this much noise?

Daily war from the street to the shop-floor.
Everyday war; we can’t afford to ignore.
Explain away all inequality;
blame thy neighbour, not those in authority.
Shut ‘em down; nothing but trouble.
Anti-fascist war; it’s an everyday struggle.
Vigilance: be eyes, be ears.
Dogs they prey on the slightest fears.”

Towards the end the sound of chanting ‘Alerta! Alerta! Antifacista!’ comes in, this is punk at it’s best! T=T manage to encapsulate all that makes punk important-intelligent, engaged, angry, compassionate. This album is the distillation of hours of reading, thinking, discussing, acting. I’ve just read Reminiscences of RAR this band carry on that struggle.

Last track up is ‘Four Million Watching’ on surveillance. Great way to end the album, musicality, lyrical intelligence, engagement with the Panopticon society, self-policing, 1984, who watches the watcher?

Look I’ve pretty much run out of words to describe this album. It’s an exhilarating, exciting reminder of the world we live in, our responsibility to make it a better place and what made you love punk initially. My partner asked me to review Know Your Place…? while she was out as she knew it would involve loud, repeated playing but when I put it on for a reconnaissance listen she was dancing excitedly around in the next room! Buy It!! Go and see this band!