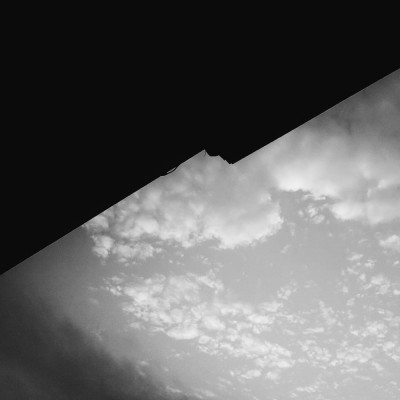 Oblivion is a nonplace. A radio dial wandering away from the crisp enunciation of the broadcast, choosing instead to strand itself in the ambiguity of dead air. Over a fleeting 12-minutes, sound artist Nhung Nguyen avoids allegiance to anything concrete or explicitly communicative. Keyboards spiral away from any tonal centre. Voices, scrapes and gurgles arrive heavily manipulated, removed from the context that gifts them significance, bobbing like curious flotsam upon a sea of crackle and hum. Couple this with the mentions of “abandoned memories” and “lost times” in the record’s accompanying description, and the composition starts to manifest as a purgatory for forgotten experiences, occupied by sounds that have slipped through the net of remembering. It’s with masterful irony that Nguyen generates this sense of placelessness from the most grounded of source materials: found sounds, field recordings of physical spaces.

And thus, Oblivion exists in the paradox of appearing incredibly intimate – gurgling water, human mutterings, the plastic tones of cheap synths – while also feeling somewhat estranged. The hiss of analogue radio plays a prominent role, modulating between white noise and the squeals of receiver feedback as it wanders restlessly between frequencies, occasionally passing through muffled voices and discordant drones. Liquid also seems thematically recurrent, whether as recordings of flowing water or electronics that pool across Oblivion’s backdrop, like dye seeping through a white handkerchief. Upon this bed of shapelessness and transience, sounds arrive in a strange order and in unlikely configurations – generator hums smother the din of distant crowds, while glitches violently perforate scenes of tranquillity. It’s as though chronology has been sabotaged, or at least, misremembered; childhood swirled into yesterday, faint nostalgia bled into the viscera of the now.

When a listener is denied coherence like this, the mind starts to hallucinate patterns where perhaps there is none. After several listens, musicality seems to surface in the most unlikely of places; melodic motifs sprout up through the scrape of concrete, while a brisk metallic tapping – not unlike a tree branch brushed playfully against the bars of a gate – begins to mimic an arpeggiated piano scale. Yet these glimpses never amount to anything explicit, instead confined to implication and ambiguity. Through an interplay of earthly material and electronic obfuscation, Nguyen crafts a zone that lacks the lucidity that defines our habitation of physical spaces, somewhat resembling the alien territories depicted within science fiction – a place where compass dials flail helplessly and radars become jammed, just as our innate systems of comprehension begin to fail us also.