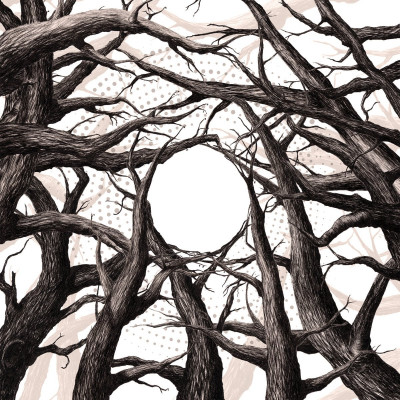 It's Hard to Have Hope by Svalbard

It’s no secret that we’re big fans of Holy Road Records at Echoes and Dust but in 2018 they really seem to be spoiling us. I had high hopes for Svalbard’s sophomore release It’s Hard to Have Hope and luckily I was not disappointed. As the title suggests, this is not a cheerful album, it is frankly abrasive and angry. It’s overtly political, the band take on a range of topics, maybe not always in the front pages of the tabloid news, but together sum up the frustration and anger of living in today’s world. The quartet from Bristol have taken this venom and produced a stunning, heavy and multilayered album. They are a band that is somewhat difficult to pigeonhole, there are aspects of a range of artists but let’s just say heavy, multilayered, brutal in places and melodic in others.

The album opens with ‘Unpaid Intern’ upbeat and lively, Serena Cherry’s screamed vocal merge into a wash of guitars, piercing drums. Guitars are melodic and provide colour. It’s mature and finely crafted. In a similar style, ‘Revenge Porn’ has a slightly harder edge to the vocals but the lush guitars keep it melodic. Drums are strong and heavy in places but tend not to dominate when not required. Building to a more epic crescendo before dropping back to Cherry’s soft clean vocals. ‘Feminazi’, in contrast, eschews the build up used on other tracks, it is straight into a honest, visceral, heavy track. Some of the black metal overtones are present here but the aforementioned anger and venom bubbling to the surface. Despite being powerful and in your face Svalbard manage to keep a melodic backbone,they remind me of emerging blackgaze bands, for example, of E&D favorites Estuary Blacks. Whilst also having aspects of MØL and the anger of Oathbreaker.

The dynamics on the record are stunning and are something the band excel at. Vocals are shared by Cherry and guitarist Liam Phelan, Her softer vocals are used in places that accentuate the heavy screamed vocals from both vocalists. Tracks can vere between soft melodic shoegaze and brutal black metal. ‘Pro-Life’ and ‘For the Sake of the Breed’ demonstrate this dynamic to a awesome effect. As the album goes on it seems to build in anger and pace. There is no subtle metaphor here, the band have a point to make and they are not afraid of making it. Its viceral nature and honesty make it stand out from the pack of generic metal bands.

Despite all this, as mentioned before there is some sense of melody running through the record. ‘How Do We Stop It’ has an almost anthemic feel to it. On the first listen I thought that ‘Try Not To Die Until Your Dead’ would be a nice gentle end to the album, but they saved the best until the end. The tracks blends a lot of aspects used previously and blends them into a maelstrom of chaos and noise. The feeling of this track is different, it has a glimmer of hope, I am always reluctant to infer too much meaning to bands music, but the soaring choruses give me a feeling that maybe all is not lost and there is some hope amongst the gloom. It’s Hard to Have Hope is bookended with a more positive sounding instrument track.

Svalbard are a band, that in only their second full length album have created something quite special. It’s a pretty short album but covers a wide range of things, which frankly, make people fucking angry and for good reason. A young, talented band taken that frustration and focussed it to make an standout album. In an era where there is so much generic, recycled ‘heavy’ music such an album is a refreshing change, hard to define, musically ambitious and well done.