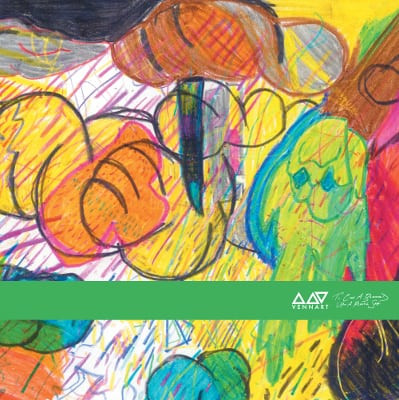 To Cure A Blizzard Upon A Plastic Sea by Vennart

Mike Vennart gets around a bit. His name is attached to the full spectrum of the music world whether headlining mainstream expansive open air festivals with Biffy Clyro, fronting the left field legend worthy Oceansize, and now starting in the clubs again with his solo project Vennart. It should come as no surprise then that his sophomore album To Cure A Blizzard Upon A Plastic Sea, seeks to punch well above its weight class. Its a mini-goliath that refuses to be relegated to its size.

Taking a more expansive and progressive route then its predecessor The Demon Joke, songs are now flowing liquids ready to fill any space that it may find itself in. Whilst not quite as immediate as some of its predecessors best, the album is a love letter to stadium rock and classic Prog – where any meandering and experimental noodling is soon brought into focus with Vennart’s mastery of chorus and melody. The whole works soars on a bedrock of twinkling synths and a buoyant guitar tone, trading in heavy riffs for more ephemeral hooks. Track ‘Immortal Soldiers’ plays out like a lost Beatles cut produced by Steven Wilson and mastered by Failure, ‘Sentienta’ channels the spirit of a still living Brian May, and ‘Spider Bones’ is a runaway train held onto the track by one killer guitar line. Mike Vennart reportedly confided in Steven Wilson that his album had no radio hits and didn’t make sense, which by some metrics certainly rings true. The songs are long meandering beasts that are hard to pin down but, whether by nature or nurture, they are filled with reconfigured pop sensibilities that take you by the hand and guide you. Yes the songs have a tendencies to drift at times without immediately clear structures to anchor them, but that ends up being part of its explorative charm.

What this leaves is a celestial tint that personifies the album, with playful electronics that echo cheesy 50s b-movies and a slightly broken Galaga cabinet. To keep this light touch afloat means to sacrifice heaviness, and this means riffs are thrown overboard. Fortunately the album has a strong enough personality to succeed without them, but those with a soft spot for Vennart’s heavier side may find themselves distinctly in the lurch. What it does give way for though is an aluminium baseball bat round the head for one of the albums only straight up clandestine monster riff that sneaks in at the end of the fittingly titled ‘Diamond Ballgag’. Its a little bastard that clobbers you from behind, and is a great advert for consolidating all of your riffs into one easily manageable big riff.

Vennart’s second effort then is less immediate than its predecessor, but given time its a far deeper and more rewarding listen – with plenty of trademark catchiness wrapped up in a weirdo rebellious spirit. To Cure A Blizzard Upon A Plastic Sea sounds huge; perhaps not ocean sized, but certainly a sizeable sea. Vennart and his collaborators have once again proven that they are an unpretentious rock force working with pretentious tools. Its Iron Maiden for the Kafka crowd.