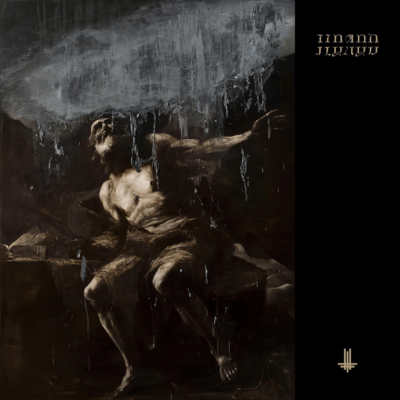 I Loved You At Your Darkest by Behemoth

Behemoth don’t do anything by halves and since their much lauded and worshipped 2014 album The Satanist propelled them into deification the band have ridden the limelight to their career zenith. Along the way the Polish four-piece have used their status to market their brand more, releasing Behemoth labelled alcohol, coffee and now limited edition vegan dog treats (the sheer brilliance!) to tie-in with the much talked about ‘God=Dog’ single. Cries of “sell outs” have plagued the band for a good few years but that has never stopped the defiant beast that is Behemoth from doing what they want, and stirring up the pot as they do.

Controversy for this release started early in the teasing process and what was immediately clear was that Behemoth would not show any signs of going soft on their very anti stance. A plethora of images showing the band mocking religion were released, some even showing frontman Nergal crucified and bloodied. Some fans have found their antics too theatrical, and whilst I can sympathise with the eye rolling furore that ‘God=Dog’ garnered, the slightly corny title sits well with me. For a band as anti-God as Behemoth sometimes the simplest words can be the harshest wound to the heart.

The cycle of The Satanist has come to its conclusion and a new era of controversy has arrived in the form of new album I Loved You At Your Darkest, which by title alone is shaping up to be Behemoth’s most blasphemous release yet.

‘Solve’ introduces the album with the dulcet atrocities of the children’s choir also featured in the lead single, declaring the words “Living God I shall not forgive. Jesus Christ I forgive thee not” and other daring youth sacrilege. These impious imps serve as yet another acrid spit in the face of religion and a surprisingly welcome touch. The bulldozing ferocity of ‘Wolves Ov Siberia’ follows with its short burst of aggression and blackened tremolos, recalling earlier destructive Behemoth.

‘Ecclesia Diabolica Catholica’ shows the band at their creative best delivering a vastly epic track of quaking drums and powerful vocal sections all wrapped up with a grand blastbeating outro. The stunning ‘Bartzabel’ may go down as one of Behemoth’s best and is one of many album stand-outs, opening with a long build-up of dramatic punchy hits and sombre notes, this slower paced song hypnotizes throughout with mesmeric riffs and melodious summoning verses. A true gem.

‘Angelvs XIII’ returns the album to more intense levels with Emperor-esque high notes and old school tremolos over a barrage of blast sections. The second half of the album introduces some interesting facets to this multi-layered creation and some of Behemoth’s best work, like the rockability of ‘Sabbath Mater’ or the folk-tinged acoustics featured in the breathtaking ‘Havohej Pantocrator’. ‘Coagula’ serves as a more sacrificial outro compared with the to-the-point ‘We Are The Next 1000 Years’. Its throes of aggression and beautifully emotive send off would have been fitting enough as would have been the incorporation of ‘Coagula’ into the track, but quibbles cannot ruin an album of this magnitude.

Musically I Loved You At Your Darkest follows The Satanist in its audial definition, filled with yet more angular riffs and razor-sharp hooks, with a flow that is mostly mid-paced interspersed with volatile black metal moments. This isn’t a blast-filled blackened death metal album, but rather an extremely diverse release broad in drama and still seething with luscious hate.

There is a bold contrast between The Satanist and I Loved You At Your Darkest era Behemoth compared to more traditional blast-driven albums such as Thelema.6 or Demigod. There is a magickal maturity to modern Behemoth that is both strikingly diverse and immensely thought-provoking. Nergal and co have tested the boundaries of extreme metal for 27 years and album number 11 may just be their most momentous to date. I Loved You At Your Darkest is one beautiful and extraordinary album. Unexpected may be another way to describe this release, but powerful and vehement it is nonetheless. Black is still the bile that froths at their lips and gods of extremity they remain.