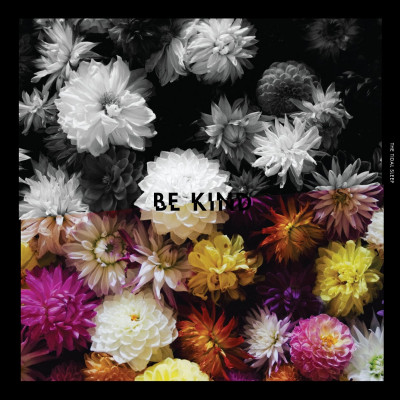 Be Kind by The Tidal Sleep

The Tidal Sleep’s new EP Be Kind complements and completes 2017’s outstanding Be Water, a collection of four tracks certainly belonging to this phase in the band’s journey. Clocking in at just under 10 minutes, the compilation appends their previous record and ultimately provides an extra, exhilarating dose of The Tidal Sleep in tremendous form.

Forming back in 2011, they’ve composed a solid back catalogue, blending crushing heaviness and screaming vocals with captivating softer moments. Alongside a couple of EPs, their first two full-length records The Tidal Sleep and Vorstellungskraft revealed their enthralling post-hardcore; melting and moulding the genre to conjure their intense sound. They have a knack for effortlessly softening the sharp edges they carve out, to magnificent effect on last year’s breath-taking Be Water.

I stumbled across The Tidal Sleep quite recently, their emotionally-charged music immediately gripping me and quickly becoming one of my most listened bands over the last year. It’s rare that a band captures me so suddenly, but their latest release Be Kind is another example of the fascinating music these guys are making.

We kick off with ‘Apologies’, thrashing us into their familiar blistering guitar riffs and punishing vocals. The thunderous drums pound us into a downward spiral, before softening and unveiling cleaner vocals; the music taking a short break, giving the lyrics a chance to breath. Consistently invoking spine-tingling intensity, lyrics are spat with ferocity, instruments bleed in and out as we start to unravel, preparing for the final descent into chaos; an undulating, fitting opener to the record.

After a short intro where each instrument feeds into the build-up one-by-one, ‘Endings’ doesn’t buck the growing trend. Rasping vocals strain atop a heavy backdrop as The Tidal Sleep dig further into their arsenal, pouring us into a post-rock barrage and dragging us through a heavy, swirling storm of sound.

‘Cures’ is a brief platform for the band to unfurl another flurry of their unrelenting, energetic routine; the guitars jingle joyously behind the vicious screams that drown the intro, the band clearly enjoying the sound they’re mastering and after a brief gentler segment at the core, we’re once again churned through a wild finale.

‘Triggers’ closes the record and this chapter in The Tidal Sleep’s unfolding, exhilarating story; an uplifting track urging us to abandon the past and move forward, in a fitting end to this adrenaline-charged EP. The band are creating fast-paced, evocative music unmatched in my opinion. It’s hard to tie them to a single genre, where influences seem to range from screamo to post-rock; bands such as Devil Sold His Soul, Alexisonfire and Fucked Up spring to mind, all unique in their own way.

On Be Kind, the music is tight as always; the tracks written at the same time, but not making it onto Be Water. As a result, there’s nothing particularly ground-breaking or surprising here that The Tidal Sleep didn’t already achieve on Be Water – it’s essentially an extension of it. The band is clearly proud in their quality and I’m glad that they get to see the light of day. For me, I feel that The Tidal Sleep have set their bar high and I’ve no doubt that these guys will raise it even further!

The band released their awesome EP Be Kind on 28th September 2018 through This Charming Man records and the record is available at their Bandcamp page!