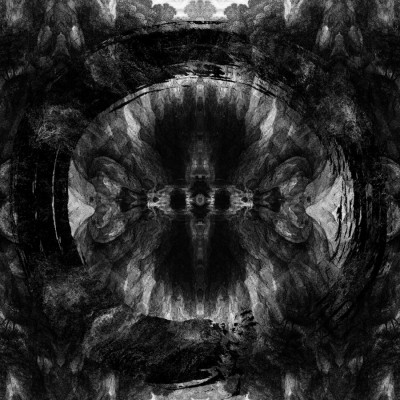 On 20th August 2016, the metal world was shocked and saddened to hear of the death of founding Architects guitarist and chief songwriter Tom Searle at the age of 28. Many feared this would be the end of a band who had been steadily growing in stature within British alternative music. When, after a period of grieving, Tom’s twin brother Dan announced that the band were working on new material, and that Sylosis front-man Josh Middleton had replaced Tom on lead guitar, fans were apprehensive to know what post-Tom Searle Architects would sound like.

The answer came sooner than we thought when Architects released the single ‘Doomsday’ in September 2017. The release of this song, as well as three other singles before the album’s eventual release, along with the backstory behind it (including Architects’ sold-out Show at Alexandra Palace at the start of the year) makes Holy Hell one of, if not the, most highly anticipated metal albums of 2018.

Speaking ahead of the album release, drummer Dan Searle said that Holy Hell is “about pain: the way we process, it, cope with it and live with it”. Any impression that this would be a depressing album on the basis of that however, are thoroughly quashed with the opening track ‘Death Is Not Defeat’, which is as clear a statement of intent as any. Not only does the song beautifully blend so many of the elements that have made Architects so popular, but it sets the tone for the rest of the record as one of defiance in the face of adversity and a commitment to soldiering on.

On the flipside to this, the following track, and first single to be released following the announcement of the new album a couple of months ago, ‘Hereafter’ is brutally honest and packed with the sort of raw emotion that characterises this record in particular compared with their others. Lyrics such as “I’m fighting with broken bones” will deeply resonate with anyone who has experienced the loss of someone close to them. This song is also possibly Sam Carter’s best vocal performance of the album, as his voice traverses wonderfully between different levels of intensity climaxing in a trademark half-singing half-screaming chorus which is incredibly fitting.

The album continues the exceedingly high standard set at the start, and set by Architects’ exceptional consistency set by their previous three records. Fans had heard four tracks before the album had been released, but any fears that those singles would leave the rest of the album feeling like a step-down were soon put to rest. Every track on the record is strong and what’s more, tracks that were not released before the album, such as ‘Mortal After All’ and ‘Damnation’ ease the minds of older Architects fans who may have been concerned at the more melodic nature of the singles. Josh Middleton’s influence is felt particularly with these tracks too, with his unmistakable heavy riffs adding to the quintessential Architects sound without ever seeming to dominate the music, or detract from the other instruments.

It is the singles that truly set this album apart from Architects’ previous work however. If any band that’s been around for a little while wants advice on how to stick to their sound enough to keep their fans loyal, but deviate enough to keep things fresh and interesting, show them Holy Hell. ‘Modern Misery’ at first feels like it could have been plucked from Hollow Crown from a decade before, but soon morphs into beautiful melody, whereas ‘Royal Beggars’ does the exact opposite by starting soft before exploding into a bellowing chorus. ‘Doomsday’ is the finest song on the album however, and by far the most emotive; so much so that it still resonates strongly even after over a year after its initial release.

The weight of expectation was firmly on Architects’ shoulders coming into this album and they responded with their greatest record to date. Not only is it a personal triumph and a musical powerhouse, but it is also an incredibly culturally important release; coming at a time when metal is on its knees and thoroughly needs a band like Architects to pick it up and unite the scene. Holy Hell does this and cements its place as a modern classic that we will still be talking about in years to come. 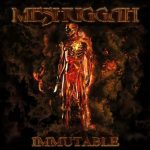 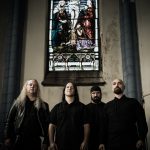