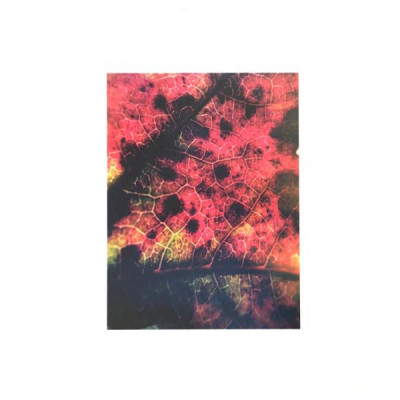 A Wound of Earth by Common Eider, King Eider

I was fortunate enough to review A Wound of Body, the first in an album duology by dark ambient druids Common Eider, King Eider (CEKE). In my review, I said how impressed and surprised I was by the album, how it built tension, rooted me in place with its evil textures and the fantastic restraint the band showed, as to not over bombard the listener with superficial auditory guff. I’m even more surprised to say CEKE have continued to innovate and show a different side of their sound on the second part of this duology, A Wound of Earth.

A Wound of Earth still has the tense, uneasy atmosphere of the previous album, yet there’s a greater emphasis on the more entrancing side of CEKE’s rituals. The first track, slightly confusingly named ‘A Wound of Body’, showcases this new focus wonderfully. It starts as expected, with lurking synth textures creating that all familiar unnerving soundscape. Then the strings come in. One issue with the last album I had was the string sections not being a greater focus of the music. Within 3 minutes, this problem is dealt with. They bring a soothing, melancholic atmosphere to the piece, slowly releasing you from the tense state you were just in and lying you down slowly. This trend keeps up, with more and more Violas joining together until an anthemic black metal esque guitar rips you from the trance like state you were in. It’s a brilliant change of pace from the last album and really sets the tone for the rest of the release.

‘A Mouth of Ash’ continues along this path and brings back the multi layered string sections from before. There’s a clearer focus on CEKE’s drone sensibilities on this track, with a careful ebb and flow of synths, strings and vocal textures, slowly pulling you around the strangely inviting abyss the band creates on this album. The higher presence of vocal parts sets it apart well from the previous track, keeping you tightly embraced as the album progresses on.

‘When Starless Sky Turned Sanguine (A Hymn To Feral Spirits)’ began I was a little worried. The track started like the previous two and I thought that maybe the album was losing momentum. In a strange way then, I was glad when I nearly lost my hearing to the blaring cacophony that struck me around halfway through. The track wonderfully lulls you into a false sense of security before thrusting you right back on the edge of your seat, unsure of when the next scrape of aural nails on blackboard will happen. This harkens back very nicely to the first track, that same explosive moment of being ripped from your comfortable listening position is a great auditory experience, not one many albums can give you.

The title track, ‘A Wound of Earth’, weirdly feels like it’d be more at home on the previous album. Low, breathy vocals blend with various eerie textures, however not in the same as before. This feels far more like the evil, ritualistic atmosphere of the first album and almost feels a little out of place here. The lack of strings is also slightly disappointing, but I feel this may have been a conscious decision to set this track apart from the others. CEKE have truly mastered the art of building up multiple sonic layers without ever becoming overbearing, which can often be a difficult thing to balance in ambient or drone based music. Aside from showing this skill off well, the song simply comes in and out as you’d expect. This isn’t necessarily a bad thing, it’s a fantastic example of dark ambient done right, but it would’ve been nice to see the experimentation shown earlier on the album explored a little more, especially on the title track.

A Wound of Earth definitely feels like a strong counterpart to A Wound of Body. The tonal shift from the previous album sets it apart well, however I felt the band could have dug a bit deeper with the different aspects of this release. Exploring more guitar parts for example could have strengthened the album as both an individual release and a second part of a duology. That being said, A Wound of Earth is a testament to CEKE’s unique sound, along with their ability to innovate and adapt. An invaluable skill for any band to have.

Listen to the full album exclusively here below. The album will be released on November 30th through Consouling Sounds and pre-orders (LP and CD) are available through here.