It has been another outstanding year for meandering instrumental passages, cinematic soundscapes and earth-shattering crescendos, and any other half-arsed description I might choose to throw in, to delineate the thousand-headed behemoth that is post rock (and its heavier brother).

Ridiculously, we are 2 months away from the end of yet another year, and 2018 has seen some fantastic releases, as well as a real sense of convergence, camaraderie and building momentum within the ‘scene’ as a whole. Don’t let anyone tell you different. You only need to spend a limited amount time on Bandcamp, searching under the ‘post rock’ and ‘post metal’ genre tags, to uncover any number of recently released hidden treasures.

And that is kind of where we are at with this ‘ere new round-up feature thingy. Try as we might, it is simply impossible to give a full review or indeed any coverage to a continuous avalanche of very decent records released every month. So, instead of feeling rather trapped and surrounded by the sheer weight of it all, we are going to dig ourselves out with an every other month pile of shovel-sized (how many words qualifies as ‘shovel-sized’, I hear you ask? Between 180 and 250, I reckon) reviews in a couple of genres- ‘Post’ being one of them.

So we’ll get cracking in a minute. But before we do, it would be very remiss of me not to mention the inaugural Post. Festival, held in Indianapolis on the 19th and 20th of October. It was out of reach for me, but by all accounts, it was an absolute triumph, with the likes of The Appleseed Cast, Outrun The Sunlight, Heron, This Patch Of Sky, Pillars and Lume all playing fantastic sets. In all, 16 bands played over the two days, with entrance tickets at an incredibly reasonable $36. Congratulations to all those involved.

Right, here’s 6 post rock/post metal/whatever records released in the last couple of months that I have chosen to write about: 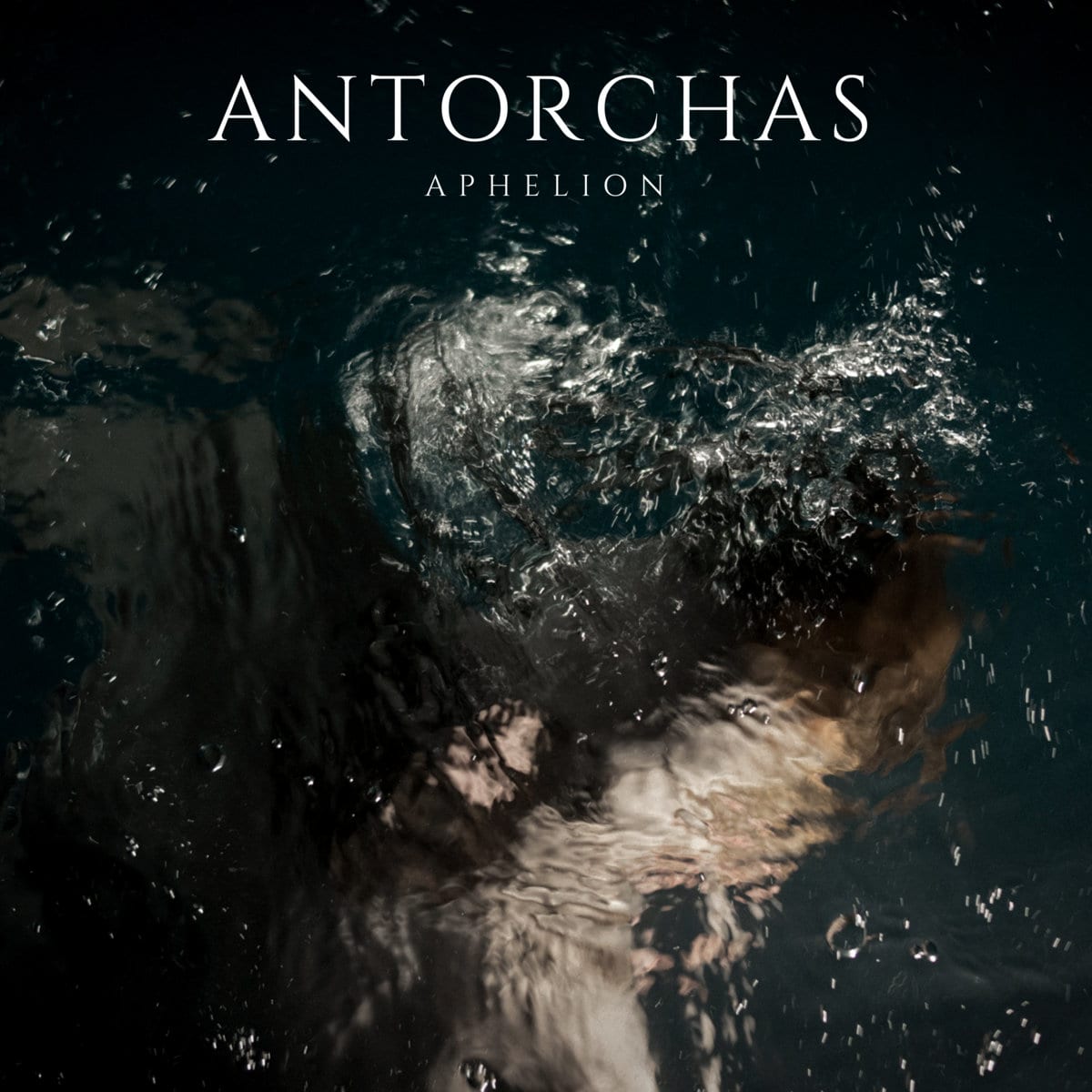 A follow-up to 2015’s debut album Trenodia, Antorchas, a 3 piece from Buenos Aires, now unleash Aphelion. From the opening bars of ‘Desde Aphelion’, two things are very apparent. Firstly, the record has been immaculately produced, sounding crisp and clear and punchy. In addition, they are a post metal band with a significant progressive element- a multitude of ideas, riffs and moods present themselves in just the first track’s 8 minute excursion, although satisfyingly bolted to a significant, 4/4 rhythm section.

There are moments of missed opportunity, when the compulsion to explore and experiment denies a couple of potentially breath-taking moments- the ending to ‘Asintomático’ being a case in point. But it is genuinely refreshing to hear a heavy instrumental record that doesn’t rely on crescendo-based set pieces or extreme mathematics to deliver its payload, or point of difference.

A distant, almost otherworldly atmosphere pervades the record, even when Antorchas are at their heaviest. ‘Komorebi’, the chilled closing track, named after the beautiful Japanese word which describes “the filtering of sunlight through the leaves of trees” (apparently), and the album title, Aphelion, the point where in its orbit a planet is furthest from the sun, express these themes better than I can. It is a multi-faceted record, and certainly one massively benefiting from multiple listens. 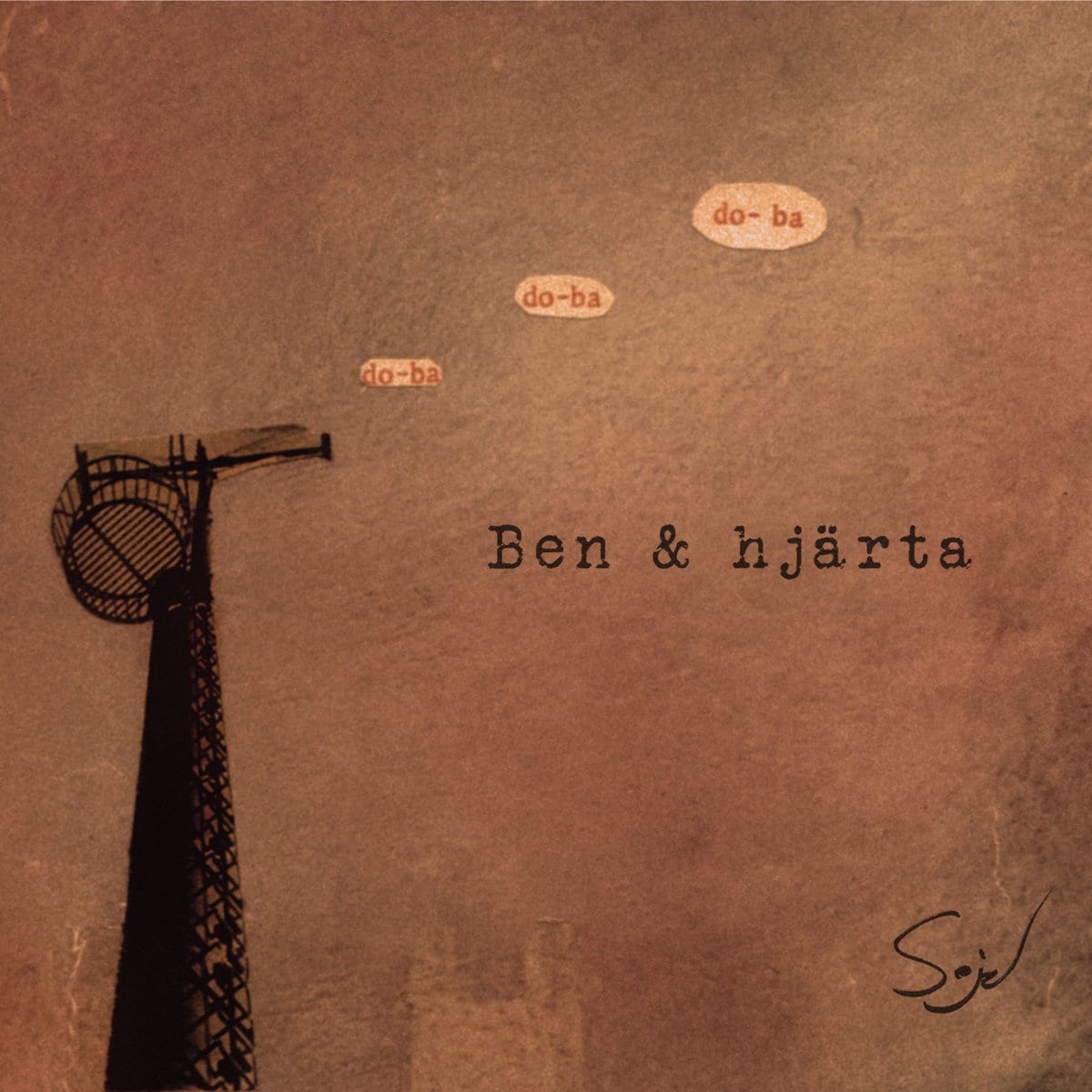 Hailing from Malmo, Sweden, Sejd are a 6 piece band of multitudinous instrumentation, including harmonium, melodica, hurdy gurdy, glockenspiel, pipe organ, tapes. Oh, and the guitar, bass and drums are in there too. This is their 2nd album, following Sejd in June 2015.

Opener ‘Storm & Stiltje’ is a 15 minute epic of poise, poignancy and near perfection. It is very rare that I stay hooked in for a track of this magnitude, but the crystalline guitar, understated brass and wind accompaniment and slow build atmospherics captivated throughout, and characterize much of the rest of the album.

EF and Spurv are obvious Scandinavian points of reference, but Sejd’s sound is less dramatic than either of those, dispensing almost entirely with the sonic overloads and focusing instead on developing a sparkling, deep and wonderfully enticing musical pool to dive into. There are some absolutely stunning tracks, with ‘Dipsomani’ and the closing ‘Notting Hilda’ (nice!) particular highlights- both had me dreaming of them playing it on the main stage at Dunk!Festival next year. 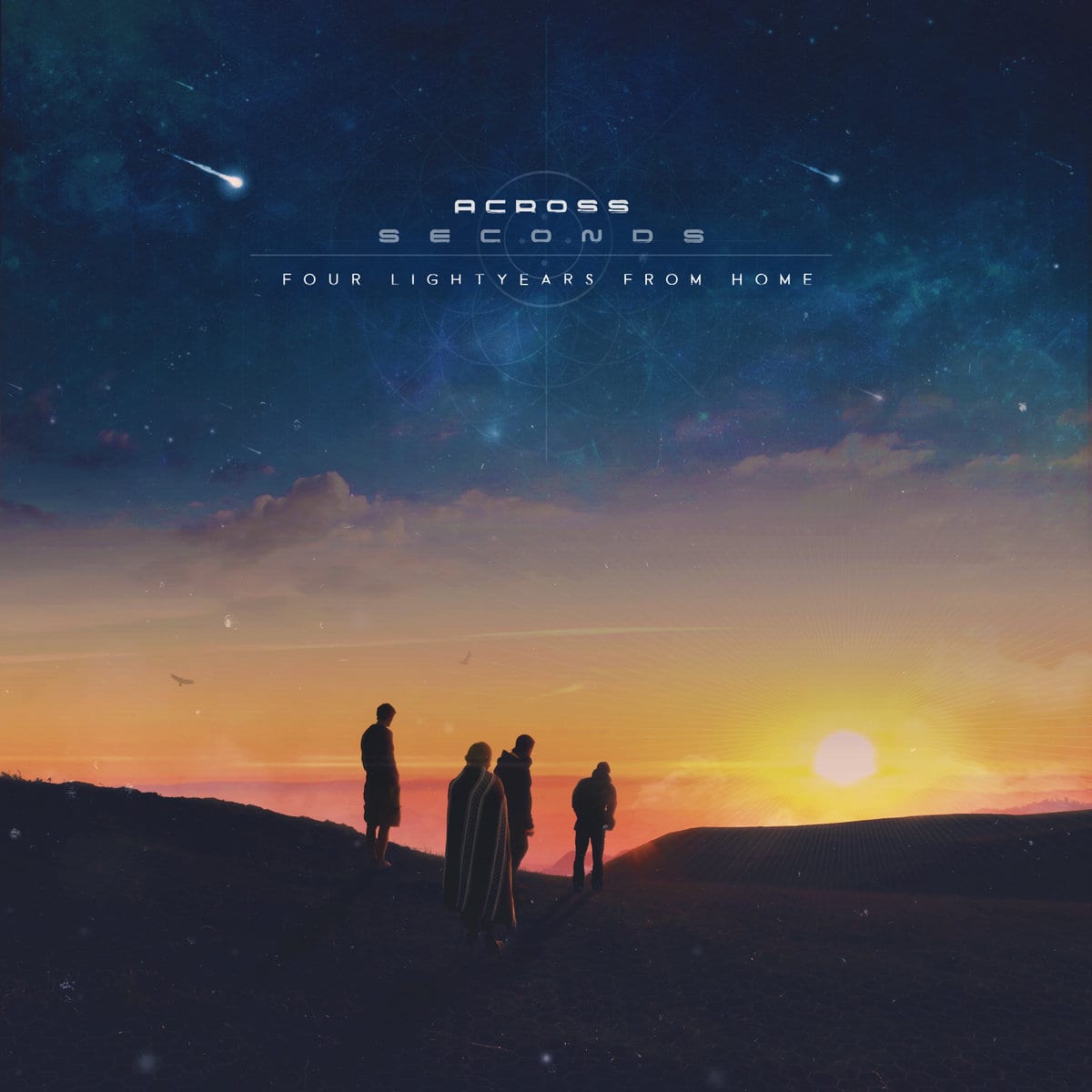 We now find ourselves in Mumbai, India, although only briefly, as Across Seconds have us joining them on an inter-galactic mission, on their concept debut album Four Light Years From Home, which tells a story of an attempt by humankind to locate a planet capable of sustaining life- because obviously we’ve ruined our current one.

Story-telling is always an ambitious project for an entirely instrumental band, but these guys have really gone the extra mile (pun alert) by producing text and artwork to accompany each track. There is enough anyway in the gleaming, spacey atmospherics (and some helpful clues with the song titles) to plot the correct course. Really no puns intended this time, because I can hear both Explosions in the Sky and Codes in the Clouds in their sound, especially on the gorgeous ‘Astral Drift’, but Across Seconds have a more progressive and experimental element to either of those bands, which helpfully sets them apart. Both ‘Mayday’ and ‘A Perfect World’ are eminently enjoyable tracks in their own right, but are given a stamp of originality with short-lived polyrhythms and minor excursions.

Highlight of the album is the penultimate title track, where fans of emotive crescendos will find most to enjoy, although it could have benefited from an extra minute or two, and the band (or our explorers) really building to an exhilarating peak.

As it is, there is enough promise here to mark Across Seconds out as ones to watch, and hopefully they will make it back in good time to embark on their second voyage of discovery. 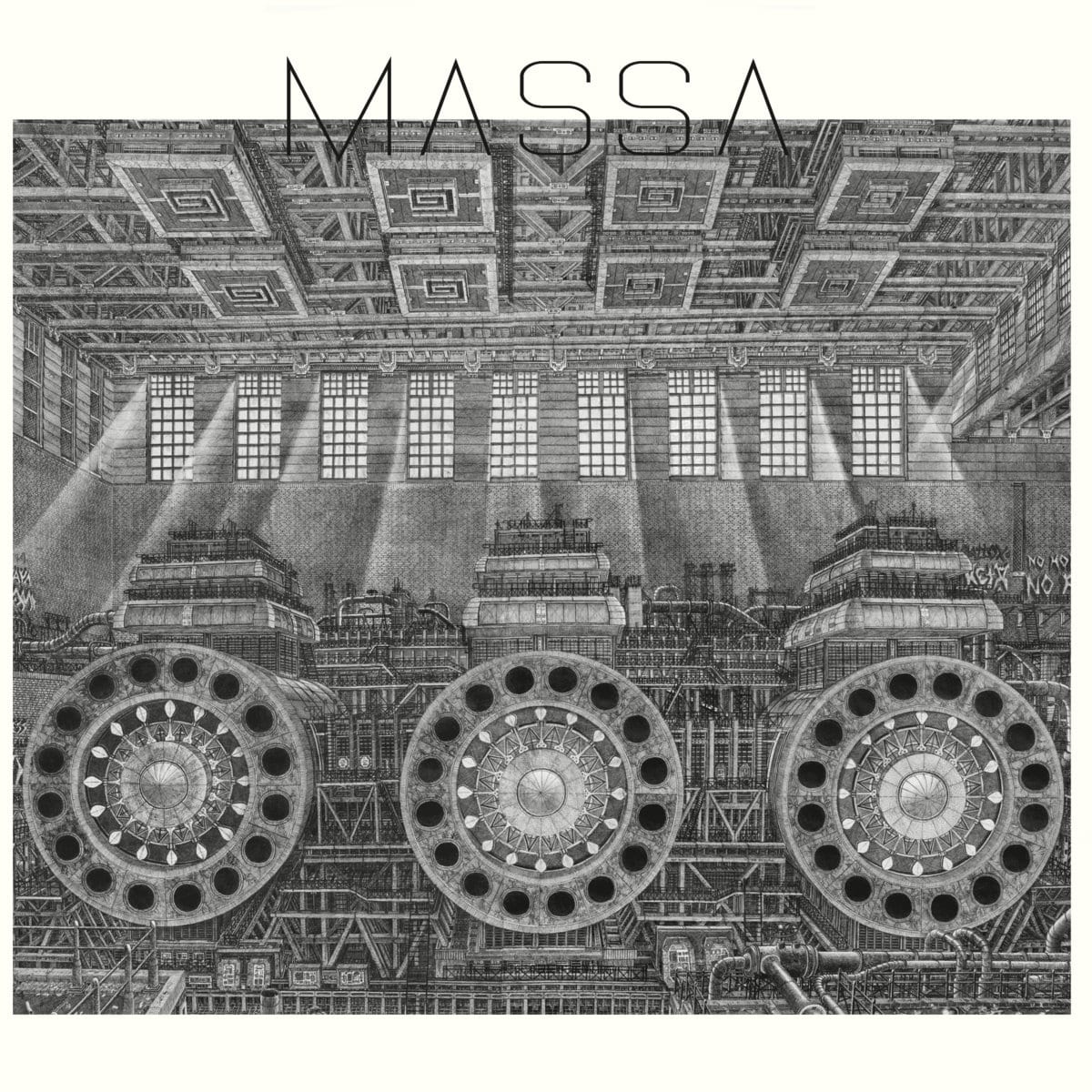 Off to Northern Europe- Rotterdam, to be precise, where we meet Massa, a 3 piece who describe themselves on their Bandcamp page as ‘sludgy post rock’. Well, let’s see..

This is the third release from the band, following a debut EP a couple of years ago, and a single earlier this year. Walls begins with ‘Shiva’, which indeed is a great big, fat slice of instrumental sludge, all three instruments pummeling satisfactorily.

‘8’ takes an entirely different route, with an altogether more post-metal, Pelican-like arrangement, and (wait for it…) vocals, no less. While after a spoken-word sampled opening, ‘Expedition’ takes a playful route, splicing hardcore and progressive metal.

By the time ‘The Federal’ has clocked out at 8 and a half minutes, I am confounded. Firstly, it’s about as sludgy as a brand new drainage system. I must be listening to a different record, by mistake. The first 6 minutes sound like The Doors doing Jazz, although a filthy, distorted guitar does lay waste to the remaining part of the track.

The short final track ‘Intermassa’ returns to sludge base camp and then Massa are done. There are too many ideas and tones in this EP to pin it down. That’s not necessarily a bad thing, but some of them here just simply do not fit with each other, and I would like to hear Massa focus on developing their (more than) decent sound in one particular direction, to achieve a clearer identity on a future record. 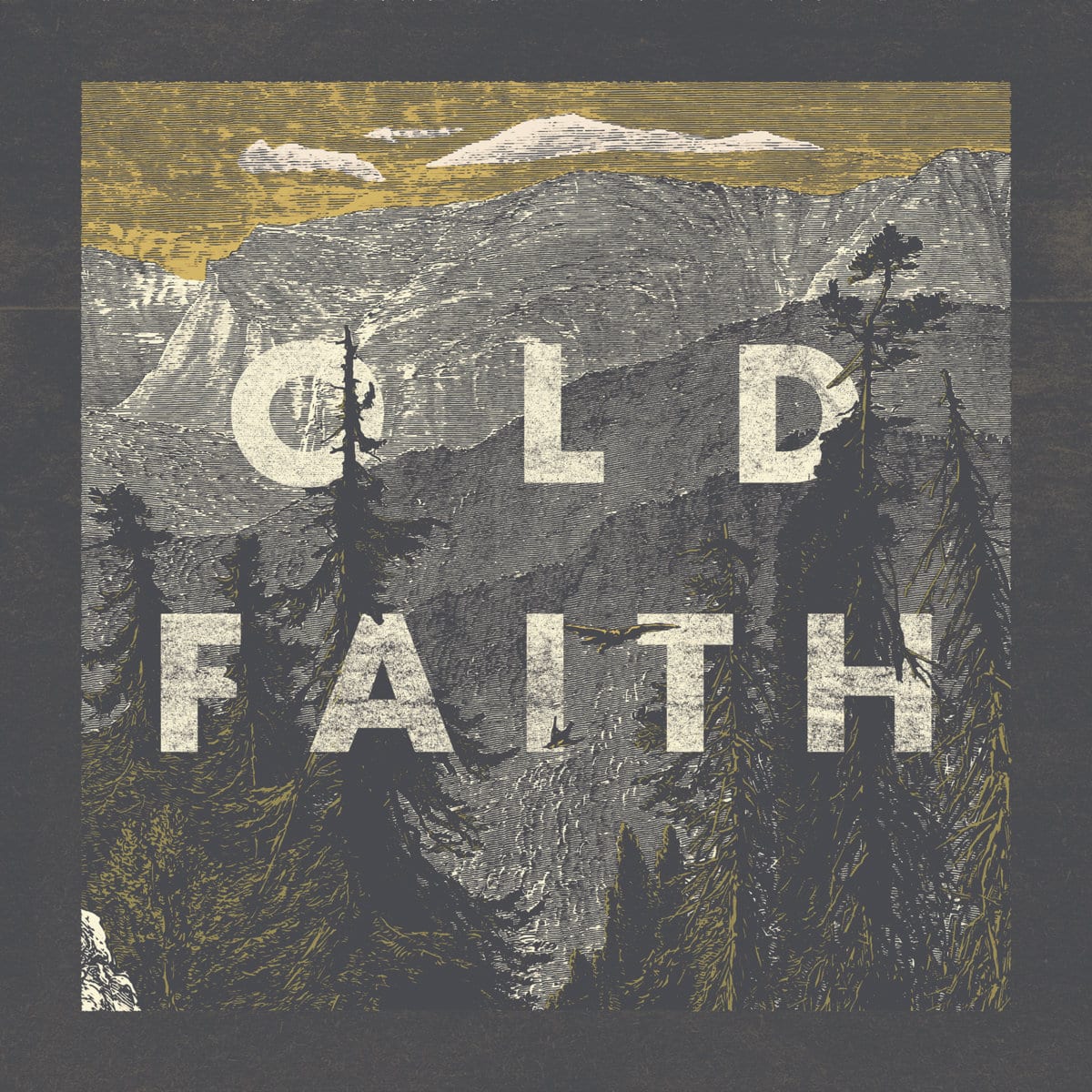 Formerly known as Bombardier, who released 2 well-received EP’s between 2013 and 2016, this 4 piece band based out of Greensboro, North Carolina, reformed as Old Faith earlier this year, and to obviously reinforce their new moniker released an eponymous album in mid-September.

Opener ‘Landing’ comes rather charging out of the blocks in atypical post rock style, and it is refreshing to see Old Faith believing in relative brevity, with only 2 of the tracks on show here clocking in at over 6 minutes. This up-tempo style characterizes the record to some extent, although there are enough changes in pace and rhythm to keep themes and tones bite-sized and enjoyable.

It is definitely on the lighter side in terms of both instrumentation and optimism, and this, coupled with a very well-crafted depiction of wide open spaces and the great outdoors, call to mind Sheffield’s Gilmore Trail. That is a very good thing, by the way.

Penultimate track ‘Vacancy’ delights with a brooding bassline, incandescent guitars and a propulsive rhythm, and Old Faith finishes off with ‘Primrose’, which has a two and a half minute ambient noise outro which seems out of kilter with the rest of the album.

Nothing revolutionary here, for sure, and Old Faith have delivered a thoroughly enjoyable, if unspectacular collection of cinematic instrumental rock.

Leech – For Better Or For Worse (Released 14th September via Bandcamp) 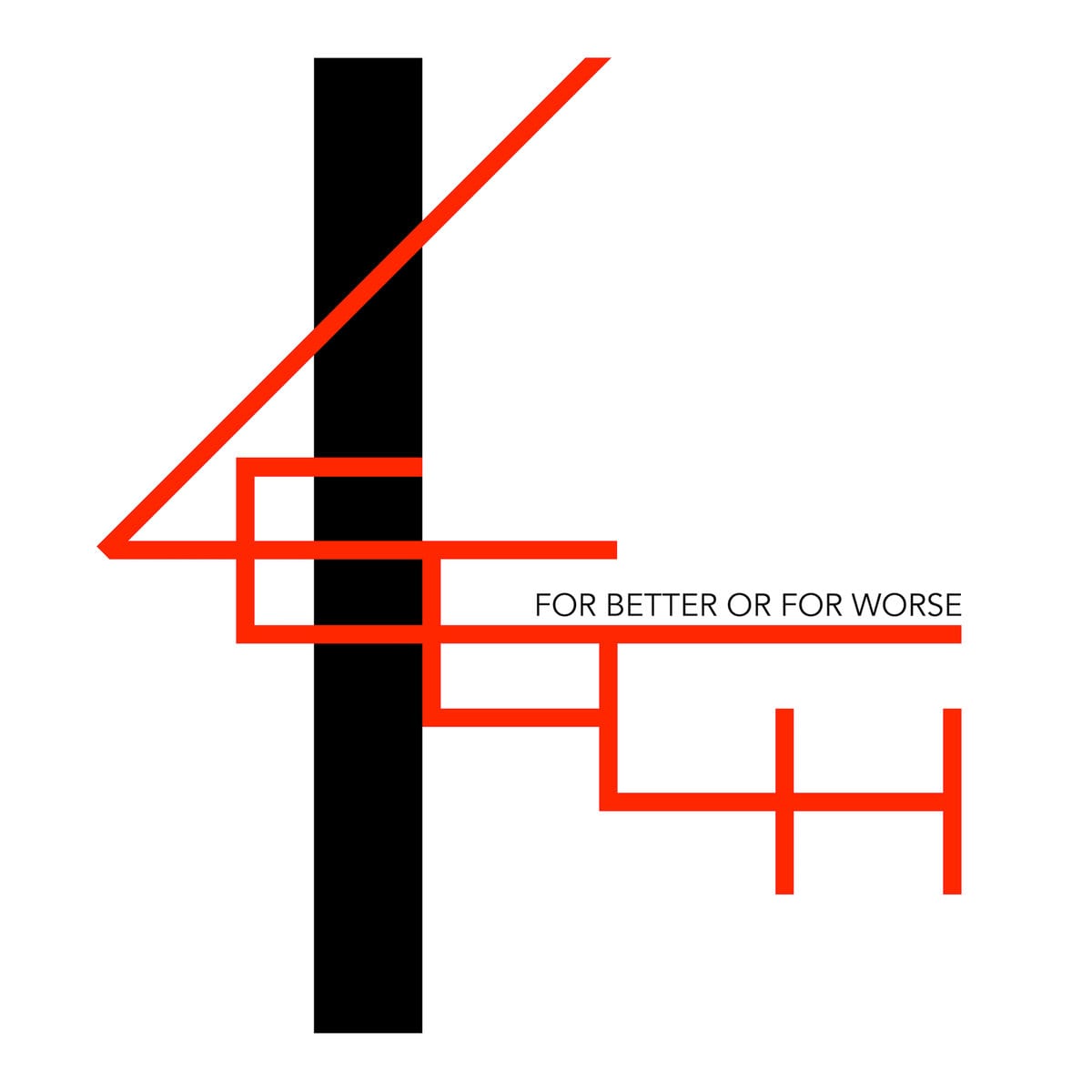 Hailing from the small town of Oftringen in Switzerland, Leech actually formed in the same year, 1995, as post rock contemporaries Mogwai. Whilst the latter have released records consistently and toured almost relentlessly during that time, it has been a very different story for the former, with several hiatuses and changes of direction in the intervening period.

For Better or for Worse is only Leech’s fifth album proper in 23 years. However, they appear to be making up for lost time, as this record is one of the more dynamic and original in the genre this year. Equal parts electronic and traditional rock instrumentation, it sounds like Depeche Mode if they ditched Dave Gahan and replaced him with the members of 65daysofstatic.

The dark, delicious synths build from minimal to euphoric brilliantly on ‘Dirty Seconds’ (you will find me on the post rock podium, throwing shapes to this one, most certainly), while ‘Arrete’ finds 80s-style Roland motifs mingling with some satisfyingly reverberating guitars and enormo-drums. Funnily enough, I am reminded more than once of Mogwai’s recent soundtrack work, especially 2016’s Atomic.

Only the extended ‘Herbstmonster’ brings the pace right down, meandering around in ambient electronics (for far too long, actually), before exploding in gorgeous fashion, to the end.

Hopefully it won’t take Leech another 6 years to come up with their next offering, because these guys seriously know what they’re about, and this is a very good record indeed.