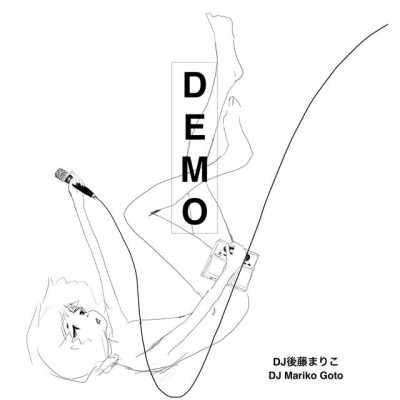 Mariko Goto is one of Japan’s best kept secrets. With her career spanning the majority of the 21st century she has forwarded projects from rock punks Usagi, the avant-garde jazz singularity that was Midori, to a full blown alt-idol project under her own name. Throughout her career common threads manifested themselves; the scarcity of exposure to western audiences and a fierce agency which transcends language. For this she has garnered a rare cult status through imports and internet file sharing, but everything seemed to come to a heart breaking denouement when in 2016 she seemingly quit music forever. It seemed for a time that this unstoppable force of nature had, with little fanfare, stopped.

Thankfully, that period of calm wouldn’t last very long at all. Only a year later from her unceremonious exit she would compose the kinetic tracks for the brilliant Haru Nemuri’s single Hello@New World / Torikobosareta Machikara Ai Wo Komete, and soon after announced her new project away from bands and the idol scene – the electronic project DJ510mariko before dropping her debut Demo on Christmas eve 2018. Four tracks of her new solo project running at a blink and you could miss it 14 minutes. Free from the practical restraints of live instruments and a live band, this might yet be the project that gets to the closest to Mariko Goto’s infectiously raw spirit.

Songs verge from poppy dance numbers, playfully sounding like a mixture between bubble gum pop and an explosion at a 1998 Midi factory, to digital hardcore bullets of sound. This is music that is influenced as much by the alt-pop stylings of Seiko Oomori as the untamed violence of The Dillinger Escape Plan. With only four songs to play with, the album splits into two sounds – the longer form ‘NeverEnding Story’ and ‘Yozo-han_TANSU_dance’ and the shorter noise assaults of ‘Breeeeeak out!!!!!’ and ‘SYUNKA_SYUUTOU’. ‘NeverEnding Story’ is arguably the best alt-pop song Goto has put her name to, with an infectious drive that is fully featured and retains a raw flailing quality to it that fully re-contextualizes her avant-garde extremity to the club. The latter noise assaults are lean and fevered energy conduits. These don’t feel quite as fleshed out as the other half, with both feeling like they are missing structure, but what they lose in artisan craft they make up for tenfold in sheer force of feeling. These are the rawest parts of Midori, Goto’s solo project, and Usagi distilled into sub-3 minute pills to be swallowed with raw abandon – and its arguable that extended would dull the edge of these razor sharp crescendos. Its contradiction mixed with contradiction, with cognitive dissonance strife with reckless abandon – and its utterly intoxicating.

Conspicuous by its absence is a guitar on any of the tracks. What with Midori and Mariko Goto albums featuring prominent images of guitars, its surprising not to hear a single pluck throughout the run time. Its accurate that adorning the cover is Mariko Goto holding a microphone and an electronic device, and it will be interesting to see if guitars make a re-appearance in later releases. Even with the guitars replaced with electronics, the punk ethos still survives in its entirety with the same fixation with extremity and boundary pushing fusions. With Goto dedicating herself to electronics, she is free to use layer after layer of noise and vocal tracks to overlay and bombard akin to a Mike Patton track. Interesting too is the rawness of production, seemingly recorded at her own home the quality of the samples vary wildly to add a strange raw energy and collage like presentation which bursts with a colourful character. Its not often you can say that ‘tinny’ sounding sampling helps a recording, but it all adds up into a giant melting pot of left-field design.

Vocally the album is all over the place in the best possible way. Swaying ruggedly between melodic pop choruses, high pitched damaged art screams, and fevered spoken word sentences punctuated by guttural screams that bare a striking resemblance to Haru Nemuri, but more accurately echo Goto’s Midori. Goto’s exhilarating pace and terrifying willingness to switch styles at a whim keeps the music surprising and vibrant. Once again, Mariko Goto is the queen of harmonic dissonance. At times she will seemingly be fighting her own compositions, with strained shouts over the joyous synthetic pianos in ‘NeverEnding Story’ to a hypochondriac lightning bolt pace to ‘SYUNKA_SYUUTOU’ where if you didn’t know better you’d think she was trying to outrun the track, trying to get everything she wants to say out before the running time stops her. All this is experimented with to breaking point with vocoders and vocal layering that threaten to tear through at any point. Her style is one that transcends language, and is so unique in its delivery that you can’t help but try and read anything you can into its meaning – at once indecipherable and completely evocative of…something. This is Mariko Goto as directed by David Lynch and Satoshi Kon.

DJ510mariko is a new start then for one of the most exciting and wholly unique artists on the planet. Demo is a painfully short taster of the new stage for Goto’s characteristic experimentation to flourish, and her characteristic rawness and singular spirit has not dulled over the years. Demo is hopefully a rough and ready portents of things to come, but already the seeds are there for what is bound to be a wild, boundary pushing, and predictable unpredictable ride. Its unlikely that Mariko Goto will ever leave Japan with her music, although perhaps the success of Haru Nemuri brings fans one final vestibule of hope, but no matter what happens there will be a small enclave of fans abroad rooting for her from afar. After all there is no substitute for Mariko Goto, and the fact that she appears to have found her footing in music again is the best Christmas present we could have asked for. All hail Mariko Goto, giving Greg Puciato a run for his money dressed in blue cat pyjamas, there is no other.