(((O))) Review: Swallow the Sun – When A Shadow Is Forced Into The Light 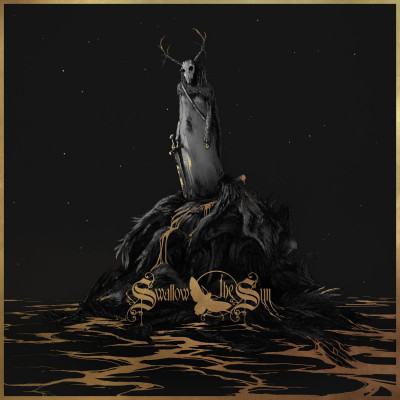 One reason I love metal is due to the incredible diversity of music that is under the broad metal umbrella. Have you seen this incredible chart?! Even within a single sub-genre of metal there can be dramatic differences in sound. A band can also be hard to pin down to a single genre. This is unquestionably the case with Finland’s Swallow the Sun. The band’s wiki page classifies them under the following genres: death-doom, doom metal, melodic death metal, gothic metal and progressive metal. Their last release was an incredible (and rare!) three album release entitled Songs from the North I, II & III (2015) clocking in at over a staggering 2 ½ hours of music! So you can tell this band is dynamic, creative and highly experimental. The band continues to explore their forlorn atmospheric sound with the band’s new release When A Shadow Is Forced Into The Light.

First off, if you are looking for full aggressive, pounding metal, or killer doom riffs to kickstart your heart, this album isn’t it. When a Shadow is a different beast. It is a strikingly emotional, ascertainably emotive, beautifully artistic, ponderously atmospheric, measured jagged burn. It offers a lot to take in and its lustre may be slow to reveal itself to some listeners.

The album was written primarily by the band’s guitarist Juha Raivio. Raivio wrote the album inspired by the sudden tragic loss of his life partner, singer/songwriter Aleah Stanbridge. “Every word and note I wrote, I wrote for Aleah”, said Raivio. The many nuanced emotions dealing with such personal sorrow are evident throughout this cathartic album.  The album is an expansive cauldron of diverging musical cul-de-sacs, varying vocal textures and sharp then serene sonic passages. The intensity of Raivio’s mourning is palpable throughout the album as it steers the tones and melodies that drip with sadness and melancholy.

The intro and title track gets the album off with a stunning, sweeping, ethereal opening. It is awash with clattering drums and anguished strings that rise into soft acoustic guitar. It is a remarkable track. Swallow the Sun’s sound is very orchestral and dynamic. The ominous lyrics articulate personal turmoil:

Lead singer Mikko Kotamäki is an impressive singer capable of clean and growled vocals, in addition to piercing black metalesque screeches. The few times Kotamäki drops into screeching vocals (often for choruses) are really punctuated against the rather graceful, sullen musical canvass. The majority of the album is sung clean, with the darker vocal stylings used for accented sonic passages. The clean vocal has a goth rock undercurrent to it with Kotamäki’s deep, detached vocals, which harken to some of the shadowy goth singers of the past decades.

My opinion on this album certainly evolved over many listens. With each progressive listen, my appreciation of the subtle beauty and precision that small doses of aggression provided increased when placed against Swallow the Sun’s ghostly melodic soundscape. The extra sonic complexity created by having various synth instruments interwoven throughout When a Shadow intensifies the album’s atmospheric presence markedly.  From the gentle piano outro on ‘Clouds on Your Side’, moody inflections of ‘The Crimson Crown’ or the chilling organ that opens ‘Here on Black Earth’ the range of aural colour provided by the band’s impressive new keyboardist Jaani Peuhu is on full display

While metalheads looking for the darker, heavier end of the metal spectrum may choose to overlook this release, those who give it time to permeate and percolate in the mind will be richly rewarded. Ultimately, I found When A Shadow Is Forced Into The Light to be a wonderful, intriguing listen. The range of the atmospheric spender and rich creative soundscapes is phenomenal. While there are some lulls during the album’s  50m runtime, the majority of the album is an incredible balance of artistic grace and aggressive emotion.

Sometimes from great tragedy comes extraordinary art, this album is no exception.

P.S. Fans of Swallow the Sun will want to check out the video for Lumina Aurea which was released in December.