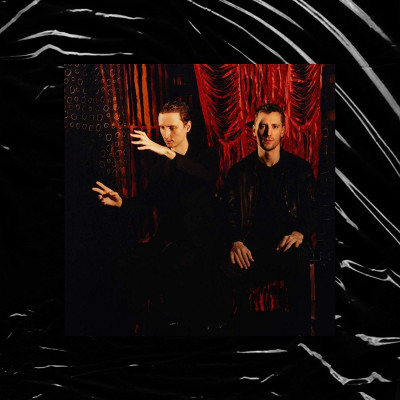 Inside The Rose by These New Puritans

Southend-born avant-garde outfit These New Puritans are never a euphoric listen, but their latest album is doomy even by their standards. Five years in the making, Inside The Rose finds the Barnett brothers’ taste for the macabre and perplexing in full bloom; “let this music be a kind of paradise, a kind of nightmare”, Jack sings, the kind of on-the-nose lyric that rather simplifies the process of interpreting the album. Indeed, this is a dreamlike record, filled with uncertain, strange images and pivoting between bristling intensity, austere coldness and yearning beauty.

The Barnetts are admirably keen to challenge themselves with each release. Where 2013’s Field Of Reeds leant into very organic-sounding neoclassical inclinations, Inside the Rose sounds much closer to 2010’s Hidden, pulling in more of its denser, agitated electronic beats and textures. It’s a synthesis, then, of the already pretty successful experiments the brothers have made in art rock, but also edited down; at just forty minutes, it’s their shortest album by far, and none of the tracks break the seven minute mark this time. The compositions are as unhurried as ever, but now have a sharper, tighter focus, in lieu of some of their brazen weirdness.

The brilliant opener, ‘Infinity Vibraphones’, establishes how sharp Jack Barnett’s songwriting has become. Its spiralling pattern of melodic percussion forms one of the most cinematic backdrops on the record for his mesmerising vocals – which are much more insistent than they used to be – and languid, sparing and gorgeous hooks. The title track, too, is a highlight, its heavy beats and electronic fuzz bringing tension to its haunted string refrains; it reminds one of Vulnicura-era Bjork. And ‘Beyond Black Suns’ has a wonderfully ritualistic quality, Barnett and Elisa Rodriguez’s duet one of the most interesting vocal hooks here.

Lyrically, Inside The Rose’s themes skew ominous; images of nightmares, darkness and fire all abound. In spite of that, some of These New Puritans’ most accessible material is to be found here, as in ‘Into The Fire’’s combination of intense beats and verses with a central refrain that’s brighter but just as resolute. Even on stranger tracks, the minimalistic pacing builds up in remarkably effective musical storytelling; ‘Where The Trees Are On Fire’ swirls and ebbs with brass and strings beneath Barnett’s repetitious, gently hypnotic vocal, and the wavering, wordless closer of Six is nothing short of angelic.

It’s possible to nitpick. This isn’t quite the ambitious record that Field of Reeds was; the Barnett brothers are here sharpening the tools they’ve proven to work, rather than adding new ones. But Inside The Rose is These New Puritans’ most refined artistic statement yet, bringing out the strengths in their production and songwriting without sacrificing avant-garde curio; patience has, for this band, always been required of the listener, but as ever their work unfolds with delicacy, care and grace. For all they talk of falling into darkness, it’s remarkable how lovely they make it sound.