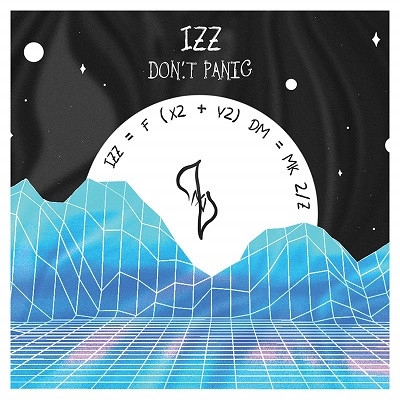 IZZ have been around for 23 years since their formation in their hometown of New York City. Taking influences from Pop and Progressive Rock ranging from ELP, Genesis, Renaissance, Yes, and The Beatles, IZZ have never stopped giving up. I can remember the first time I heard their music back in 2017 with the release of Ampersand, Volume 2 and Laura Meade’s 2018 solo debut, Remedium. Now at the time, I wasn’t that crazy about their music. But when it was announced that they were going to release a new album on the Doone Records label entitled, Don’t Panic, I knew had to go back and re-visit their music once more to jump back on IZZ’s cruise ship to see what I was missing.

Don’t Panic is their ninth studio album. And it brings the band back with more new adventures that await both the listener and the band members. The reason for that is because this a ride that will keep you going for the rest of eternity.

The opening title-track has this crossover of Todd Rundgren’s production of Meat Loaf’s 1977 breakthrough album, Bat Out of Hell before it switches into John Galgano’s Squire-like bass lines as his brother Tom does these elevating piano lines that reach upwards by keeping the flaming fires of Chris Squire’s legacy alive. ‘Six String Theory’ is a beautiful classical acoustic structure as it goes from calm, mid-fast, flamenco, and delving into the minds of the two Steven’s; Howe and Hackett.

Listening to ‘Moment of Inertia’ I couldn’t tell that it was either Paul Bremner or John Galgano or both as they channel the textures of King Crimson’s rhythmic sounds as they follow each other in hot pursuit by creating the temperature levels up a notch. It gives them a chance to come center stage by doing a duel between the two guitar players as if they can see who can come up with the best improvisations before reaching the finish line to win the national championship.

‘42’ clocks in at 18 minutes and 42 seconds. And this is where IZZ have finally got the ball rolling by embarking on these storytelling compositions. From its Tales from Topographic Oceans sound of the piece ‘Ritual’ that resembles its hay-wiring effect, it gives John this climbing arrangement on his Bass and some bullhorn effect on his vocals to feature some space rock punches by hurling through the passages of time.

I can hear some of the light-speed run through of drums, guitar, keyboards, and bass reaching that jump and getting ready to see some form of these jellyfish-like creatures from the first episode of the first season of Star Trek: The Next Generation’s ‘Encounter at Farpoint’. Then it switches to the acoustic guitars as Paul and John delve into some brief sections of Premiata Forneria Marconi before transforming back to Yes’ answer to the Starship Enterprise.

For me, I’ve always hope that one day IZZ does this suite as a 2D animated short film by bringing the story to life. And it has everything in there with not just Yes, but some of the touches of Boston’s own Tom Scholz in the final section of the suite. Don’t Panic grew on me bit by bit right from the get-go.

Now for me, after listening to Don’t Panic about three times now, I have finally decided to be a part of IZZ’s journey to hopefully one day delve into their previous work that as I’ve mentioned earlier of seeing what I was missing before and if you’re new to IZZ’s music, this album is worth the start to begin their adventure with you.