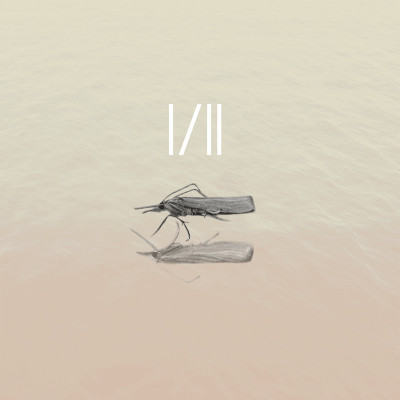 When MØL released 2018’s Jord, an album with emotional confidence in its convictions and a near effortless execution, they did so seemingly out of thin air. It is an album that glistens with the lucid beauty of Alcest whilst condensing the extremity of Deafheaven into short bullets of energy. MØL are one of the first bands to really gain a distance from the progenitors of the blackgaze genre, and whilst we eagerly anticipate whatever they might come up with next this re-release of their first EPs gives a fleeting glimpse as to how Jord was formed – and how it could have been completely different.

This new release on the Holy Roar Records appends the two EPs, handily titled I and II, in a re-mastered form – welded together in sequence and remixed by Jord‘s Chris Kreutzfeldt . I is a fascinating thing when taken in retrospect, with style and influences all of its own. There are elements that were shed to reach the core sound of Jord, with I really being informed by alternative rock, post-rock, and a far heavier emphasis on shoegaze. These are a solid set of songs, where they are at their strongest is when they revel in contrast and disconnected tones. The guitars in ‘Airy’ are magnificent, light footed twinkling fuzz anchored to the seabed by a heavy cascade of blast beats. The alt-rock ocean riffs in ‘Sundrowned’ open up with Smashing Pumpkins scale before being condensed and malformed by that black metal smothering. ‘Makhachkala’ moves from a more familiar brute force wail to earthy folk guitars before ending with alien guitar distortion that burrows deep into your mind. Its these contrasting elements that would become more subtle and cathartic on Jord, with certain sections not quite gelling cohesively, but there is a certain whiplash quality to this first EP that accentuates its best parts. Their first effort seems like something of a crossroads – they feasibly could have gone softer and more ethereal or heathier and more crushing. They chose the latter.

II is much more akin to the version of MØL that we got with Jord. The intensity is pushed up, and some of the weirder elements were replaced by more synergistic grooves. With the two EPs being bolted together, opening track ‘Kathexis’ just about works as a middle track with an auspiciously grand opening. This second EP has a far more focused approach, but loses a little bit of the mad unpredictability that permeates the first. Any of the three tracks could realistically have been placed on Jord. Far more melodious elements are used here, placed against a constant tirade of blast beats and original vocalist Steffen Rasmussen’s frantic screams. He does a fine job, but its hard to argue that new vocalist Kim Song Sternkopf doesn’t inject a vitality and emotional complexity into the band, and his input is sorely missed here. The less extreme influences from the first EP translate here into their anthemic nature, where they hit upon one of the main strengths that they’d run with in Jord. MØL excel at turning extreme, narratively rich music into digestible bite size chunks that work – they manage to distil the essence of Deafheaven and Alcest into condensed glistening sweat and petal fields on a dying earth.

MØL is a special band who leapt onto many peoples radars with arguably the best debut of 2018, and with live shows that flirt with the transcendental. Whilst we wait for whatever they have up their sleeve for album two, this release puts forth a mixture between fully formed ideas that would make themselves apparent later on – and strange curiosities and idiosyncrasies all of their own. Its a release that quality wise could pass off as being formed after Jord, and through its differences and similarities you can start to get an idea as to where the core of MØL’s sound comes from. This wider release is a much warranted dive back into a band who’s future is extremely exciting, where in light of their older material might head in a myriad of strange and unpredictable directions. MØL are a band who you should be excited about, and with them coming out the gate this hot with I/II and Jord – there is no reason why you shouldn’t fall spellbound right now.