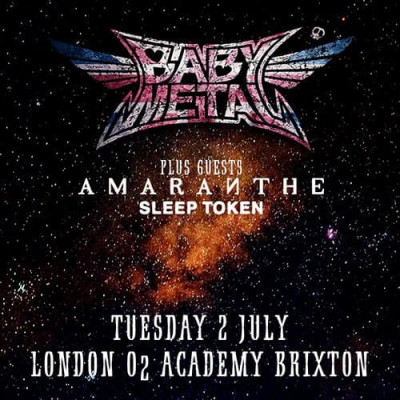 It been a difficult few years for the international juggernaut that is Babymetal. After touring the world to sell-out stadiums, breaking merchandise records, and amassing a fan base of which rabid devotion is an understatement, the band has had to contend with the tragic death of guitarist Mikio Fujioka and the departure of one third of the iconic trio – Yui-Metal. But after announcing their new album, Metal Galaxy, and being the first Japanese band in history to play one of the main Glastonbury stages, it’s apparent that Babymetal are ready to enter their next stage. The camping fans and the wrap-around queue into a not-quite-sold-out Brixton Academy was the first hint that Babymetal still have steam left in the engines.

First on the bill was the much buzzed about Sleep Token, the mysterious masked cultists playing indie-infused metal all in the name of worshipping an eldritch entity known as Sleep (Presumably not the state of being or the band). Sleep Token are a band certainly to get very excited about, with their theatrics being a fun extension to some extremely catchy Agent Fresco-adjacent art metal. Unfortunately, placed in a hall as large as the Brixton Academy in front of a crowd of rabid Babymetal fans meant that they couldn’t help but get lost in the space. Even with a genuinely spirited performance, Sleep Token are a band where quiet spacial dynamics are quintessential to their sound–and with an entire room chitter-chattering it really put the old adage of ‘silence is the loudest sound’ to rest. It turns out Babymetal fans are the loudest sound.

Following on from Sleep Token were the top of class power-metal ballad factory Amaranthe. Strengthening the theatrical theme of the night, they approached the set with a headliner mindset – both in stage setup and attitude. A storming no-nonsense greatest-hits set followed, and its hard to overstate how much of a killer live catalogue Amaranthe have collected over the years. Highlights remain the futuristic groove machine ‘The Nexus’ and the Disney-core metal anthem ‘Amaranthine’. Perhaps the only real problem with their set is that it all feels a little too well oiled and pearlescent, with their rehearsed stage changes and stage chatter seeming a little bit too on rails. But whatever you think of how they are adapting to bigger venues, its hard to argue that Amaranthe took full advantage of the gargantuan slot, and it’s hard to imagine that there weren’t a fair few new Amaranthe fans birthed to those delightfully cheesy power-beats.

But it was obvious who the real dedication was being saved for, with Babymetal’s crossover appeal breaking all sorts of boundaries that past megastars like AKB48 or Utada Hikaru never came close to crossing in their careers. There have been arguments about the legitimacy of Babymetal since they were jettisoned into the stratosphere, but those are arguments are both reductive and redundant. They are what they purport themselves to be – a highly manufactured hit machine oiled with a killer song-writing team behind them, and wired with a solid-gold gimmick.

With a member of the unstoppable trio gone, its up to a rotating cavalcade of substitutes to audition in front of a live audience. Riho Sayashi is the replacement for the moment, and she fulfils the role with ease. She is animate to the point that where you can tell the novelty of these large arena shows emit genuine excitement that she can harness for raw dancing power. It’s maybe a little sad then that she does seem to replace Yui-metal with such ease. Hopefully Yui-metal going solo allows her an opportunity to prove herself outside the shadow of Babymetal. Their set list too is seemingly built around replaceable parts. Set highlights come from the violently infectious ‘Karate’ and new track ‘Distortion’ which assimilates a Touhou chip-tune riff into a high speed car chase around a circuit board. The set is heavily dependent on the new material, which has led to a huge chunk of their back catalogue going missing: ‘Awadama Fever’ has been cured, ‘line!’ is lost on the southern circular, and the sun has set on ‘Doki Doki Morning’. But the new tunes are tight with the same single-minded dedication to sugary pop to cut through the unfamiliarity. 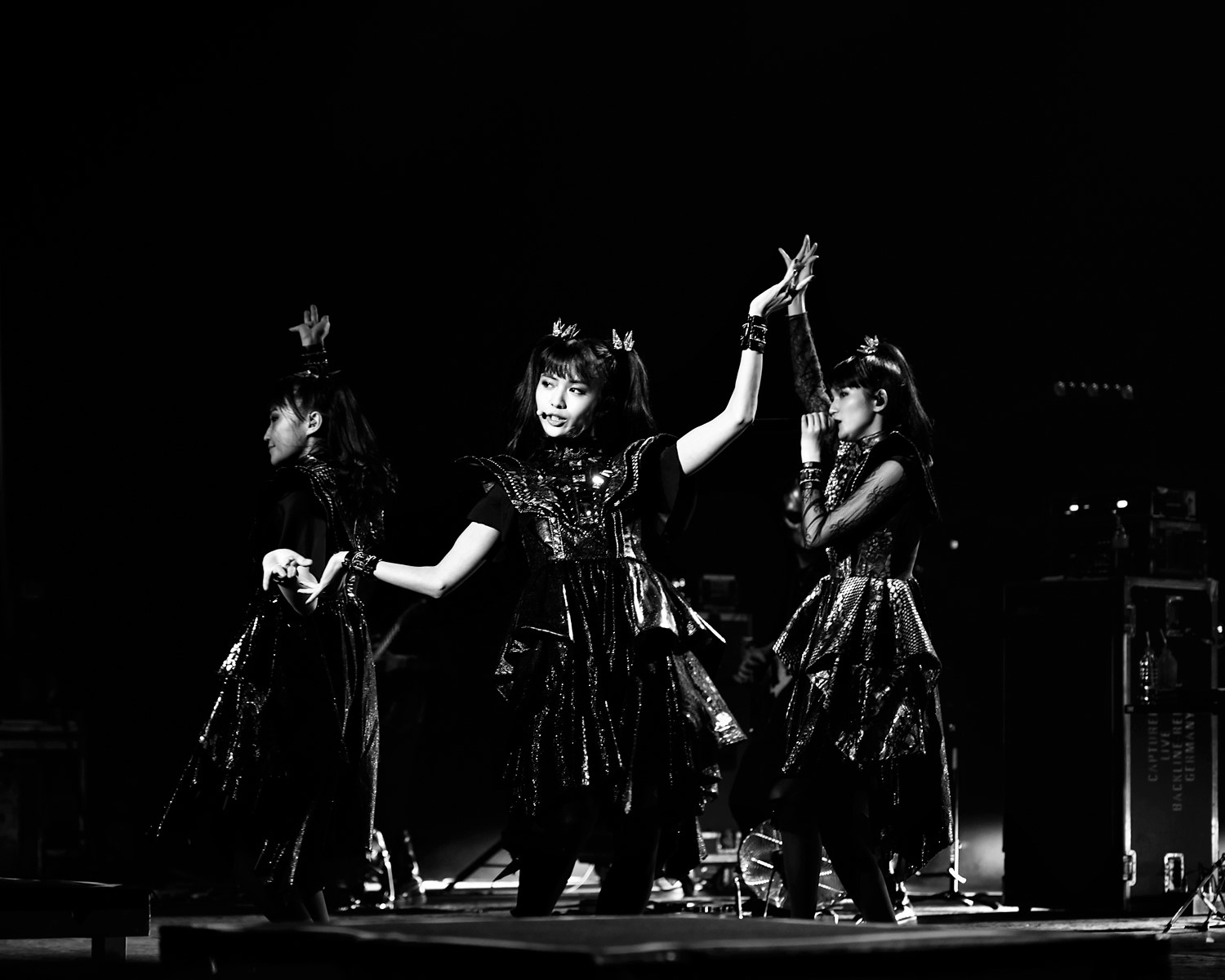 Suzuka Nakamoto, or Su-Metal, really is the lynchpin that holds the whole operation together. Away from the tactical management, the branding, and the ghost writers – the real heart of Babymetal lies in her talent. And she is talented, as she deftly switches from chocolate-loving sweetness to Valkyric angel of death – with her vocal operatics cutting through all the glitz and glamour. Paradoxically, considering the whole remit of Babymetal – she always seems like the most powerful force on stage; with everything around her lifting her onto a pedestal for her to shine. If there is one part of Babymetal that is unreplaceable, it’s her – and hopefully camp Babymetal will start to give her more freedom to express herself outside of the power-dancing trio. 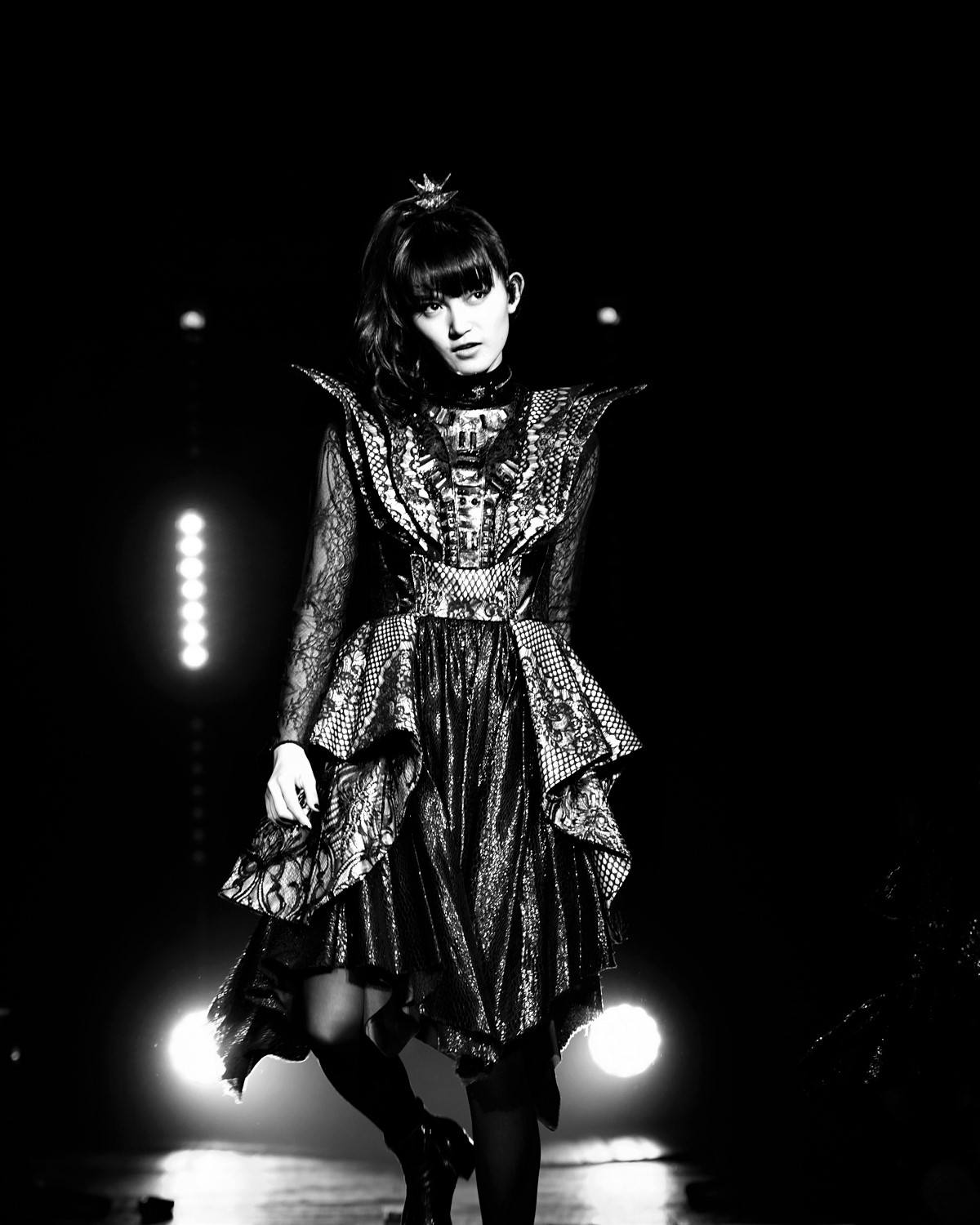 Where Babymetal are faltering is the scale of their shows just not being up to scratch. Whilst the bedrock of the show, the performances by the trio and the music itself, is and remains solid, there is a bizarre lack of real spectacle. This is a show that absolutely should be swimming in excess in the same manner that an Iron Maiden show, a Metallica show, or a Kylie Minogue show does. This isn’t a straight-edge punk band playing a dive bar, this is a global-idol pop act that atom smashes j-pop with the theatricality of metal. For all intensive purposes there should be a giant robotic fox on stage that the trio have to slay with laser cannons and mech suits – instead there are a few bursts of pyro during one or two choruses. This is mostly the same stage show that they have used for the past few years, and while it is certainly still enjoyable and serviceable – you really don’t want to be walking away from a Babymetal show muttering “That was enjoyable. . . and serviceable!” It doesn’t help that Babymetal’s local shows in Japan have continued to grow in grandeur, whilst their overseas shows remain extremely safe. It comes off as paltry at best, and cynically miserly at worst. After all, why bother spending the money on production at all if you are guaranteed the ticket sales without it? 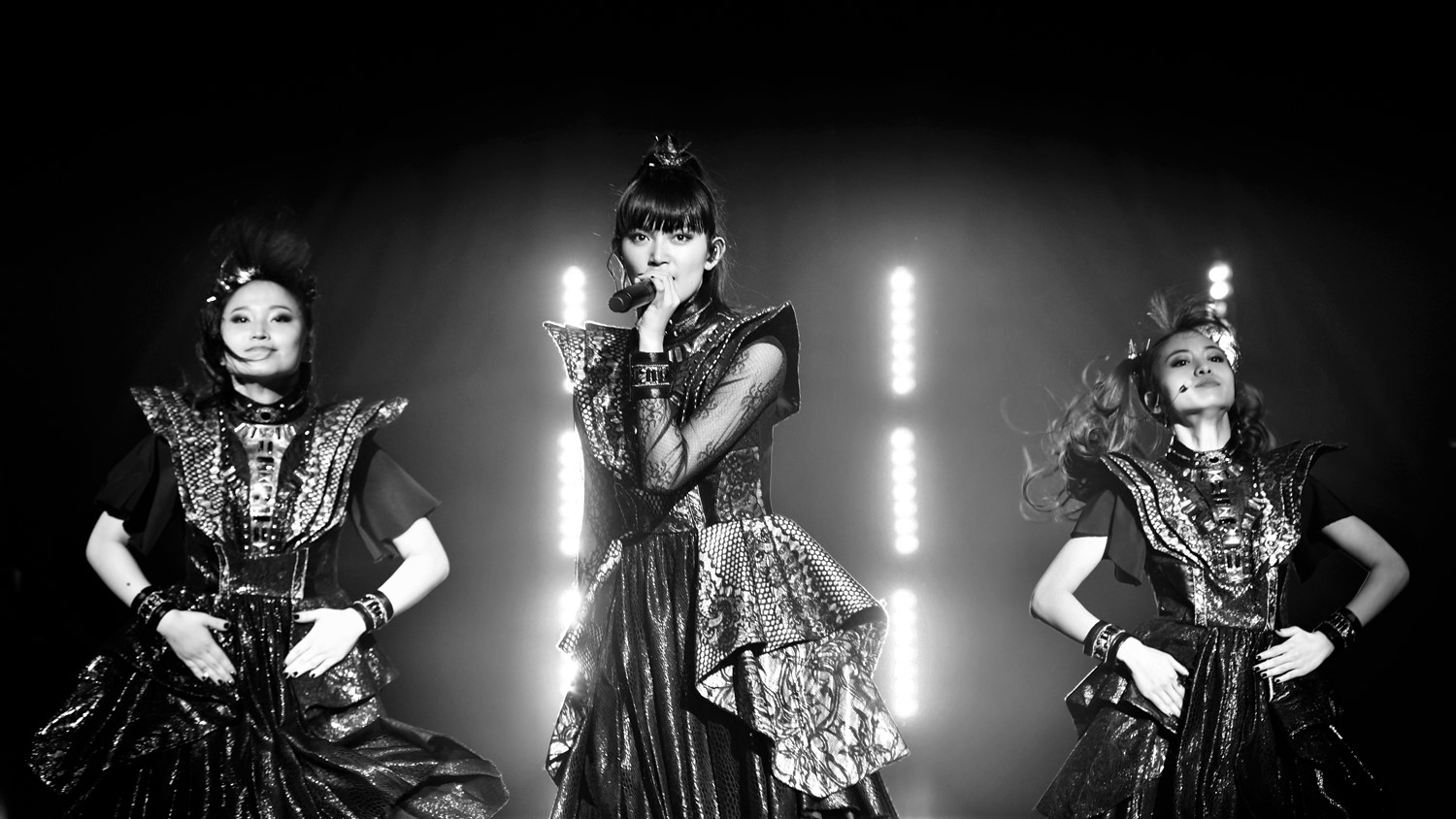 Fittingly, the show ended with a pre-recorded advert for next years shows and a promo for the new album. Following on from the genuinely brilliant Metal Resistance, the new album is something to be excited about. Contrary to loud dissenting voices, its not actually the music that is the weak point in Babymetal’s near unstoppable kawaii machine of death – but it’s the theatrical excess which is starting to wilt. The album is likely going to have a great collection of pop melodies, with surprisingly meaty riffs, and some really left-field influences. The live shows , however, seem far more predictable now the novelty of the gimmick is wearing off – and its arguable that camp Babymetal are in no danger by keeping things low-key at this level. But it seems an awful shame that a band birthed from the excess of idol music and theatricality of metal seem to be taking such a conservative approach. When taken as the abrasive, extravagant, iconoclast that Babymetal have always been, it seems rather against the spirit of the fox god. . .