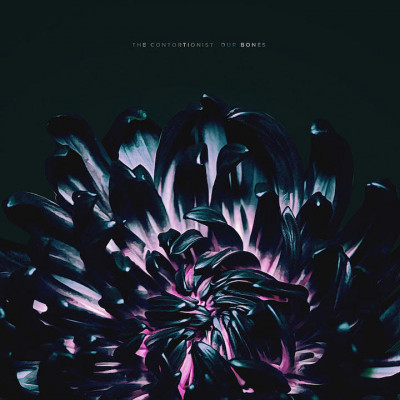 Our Bones by The Contortionist

Since 2007, The Contortionist have been sculpting their own unique corner in the progressive metal scene. Originally closer to the deathcore end of the spectrum, The Contortionist now dance between many genre labels, yet the move away from extreme metal is certainly clear. Their last full length, Clairvoyant, felt like the height of this experimental sound, with the virtuosity and experimentation of their earlier work, now contained in a more Rock centric package. On the upcoming EP, Our Bones, the group seeks to unshackle themselves from an overarching story or musical theme, to create a quick-fire burst of creativity.

Though not intended as a musical follow up or continuation, Our Bones shares some aesthetic and musical similarities to Clairvoyant, with a clear lean towards cleaner guitar tones and Micheal Lessard’s iconic vocal lines. The opener, ‘Follow’, bucks this trend slightly with some harder hitting sections in the latter halves of the verses. These feel a little out of place and don’t gel well with the rest of the track, however they quickly make way for the absolute earworm of a chorus. If you’re not humming to “they got us by our bones” on the first listen, you will be on your unavoidable twentieth repeat.

Also unlike their previous LP, The Contortionist opt for a more traditional “verse-chorus” song structure on this release. This doesn’t stop them from throwing in some musical curveballs however, ‘Early Grave’ let’s go of your hand in the second half, but scoops you back up with the sway inducing main riff for the outro. Maybe not as immediately catchy as the previous track, but certainly a deeper listen.

It’s difficult to say definitively whether Our Bones is a “good” Contortionist release or not. “With our albums, we tend to work with overarching interconnected themes. Our Bones is a departure”, explains Lessard. With this in mind, credit needs to be given to the group for being able to detach themselves from any premeditated sound or theme, and to simply write the music they want to hear. The surprise cover of ‘1979’ by The Smashing Pumpkins, is mainly present because keyboardist Eric Guenther is a fan. This ultimately results in a breath of fresh air for the band, but not the strongest release in their already stellar discography.