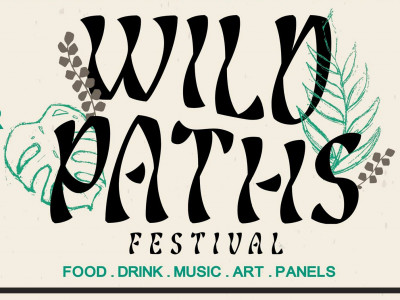 Back in April, Wild Paths Festival began to spring its green leaves on windows and social media accounts of some of Norwich’s favourite businesses around the city. Here we are in July with early-bird tickets all sold out and the first release flying off the books at £65 (plus booking fee) for the weekend.  Some individual tickets for gigs are also available.

Wild Paths will kick off on 17 October with a pre-festival party at Bermuda Bobs and Norwich Arts Centre and will continue through the 18–20 October at 18 venues around the city. It will feature over 200 acts and promises an exciting time for music fans in Norwich, which holds a humble but passionate music community. Headed by Pizza Club Promotions and various other collectives of passionate artists and creatives in the city, the festival is beginning to bloom. New venues have been explored and old venues have been revitalised. Shoe Factory Social Club, one of these new venues, is one of many spots in the city being covered with art installations, meanwhile Rumsey Wells will feature a selection of Norwich’s best buskers. 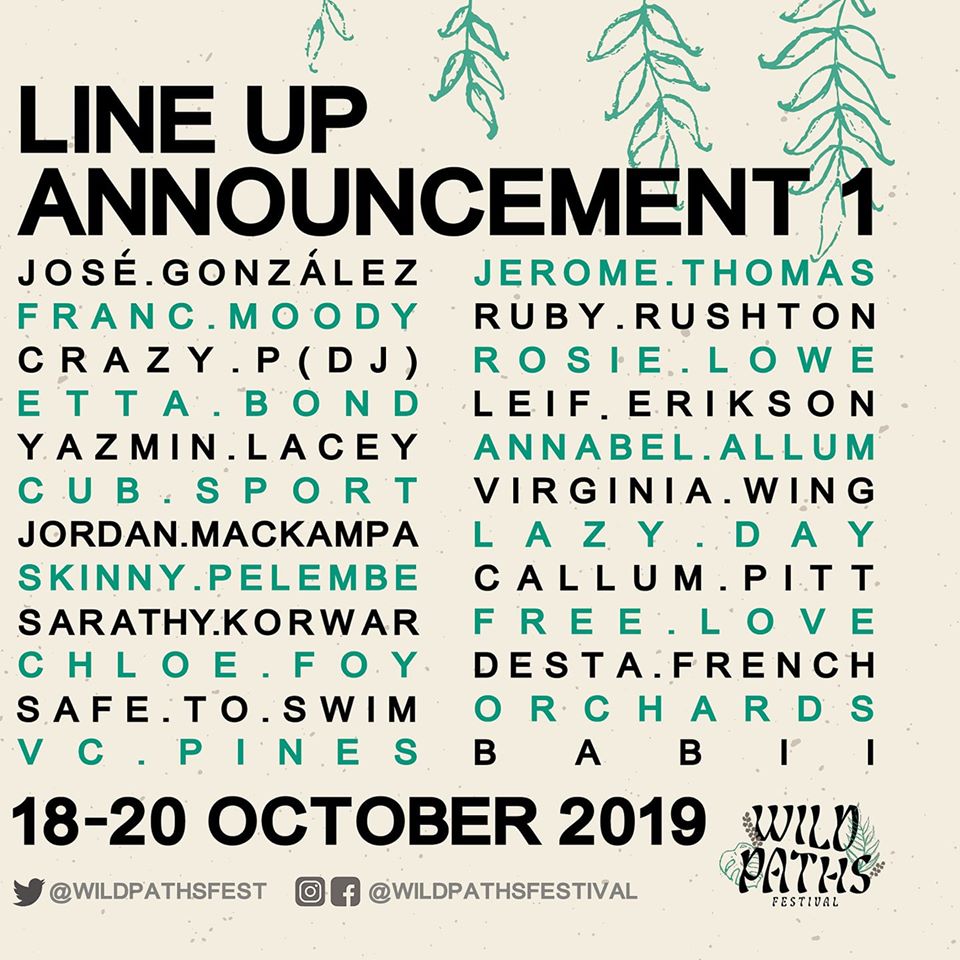 The first announcement welcomed indie-folk legend Jose Gonzalez along with a strong and eclectic array of alt pop, soul and jazz musicians. The second announcement is now here and offers up a heavier alternative as well as even more big names and exciting local acts including local garage rock three-piece Gaffa Tape Sandy and a personal post-punk favourite Heavy Lungs. There is a strong focus on local up-and-coming artists who will make up over 40% of the line-up and benefit from sharing the stage with more established performers. A proactive effort has also been put in to creating a gender-balanced festival, something which often gets overlooked. 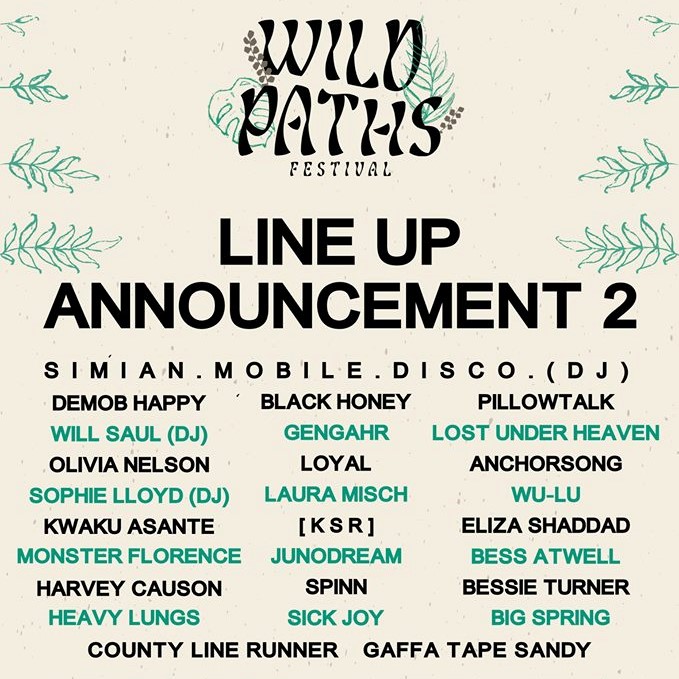 Saturday will host an Arts Council and local institution backed conference open to ticket holders and music business delegates, which will act as a social and education platform for people to launch their careers in the industry. As if all this wasn’t enough, Redwell Brewery are releasing a Wild Paths IPA and Strangers Coffee are dropping a Wild Paths Roast, as well as various other local sponsors coming together to make the festival a lively and enjoyable weekend powered by the city and its community. Get up down and across to Norwich this October because it’s going to be a buzz!