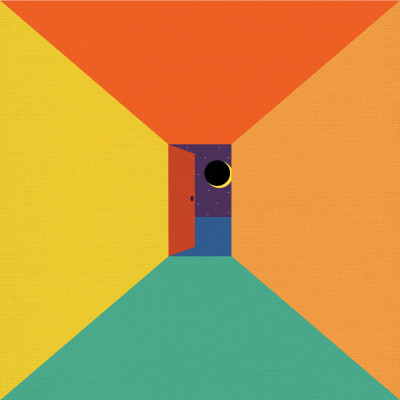 In the Spirit World Now by Ceremony

For Ceremony fans accustomed to the brutal, violent hardcore of the band’s first two albums, 2006’s Violence Violence and 2008’s Still Nothing Moves You, the Northern Californian powerviolence quintet’s embrace of a Joy Division-inspired post-punk sound on 2015’s The L-Shaped Man proved problematic. Whilst the ostensible shift could be considered a natural evolution from the melodic punk style to which the band transitioned on 2010’s Rohnert Park and 2012’s Zoo, the move nonetheless saw many of the band’s fans jettisoning them. Ceremony have charted a similar course away from hardcore into weirder and moodier territory to that taken by their friends and contemporaries Fucked Up, but with results that have proven far more controversial to their existing fanbase. Their new album, In the Spirit World Now, is likely to continue that trend and, without making any bones about it, will prove just as (if not more so) off-putting for hardcore purists as The L-Shaped Man, as it sees the band adopting a synth-dominated, early 80s, new wave sound. However, open-minded listeners may well find much to enjoy on it.

The album opens with lead single ‘Turn Away the Bad Thing’, which sounds better in an album context than it did as a single, possibly due to the fact that it is not being accompanied by a below-par video. The Bernard Sumner-ish guitar sound that The L-Shaped Man had is still present here and is bolstered by the aforementioned synths. One interesting turn that the song takes around two-and-a-half minutes in is a dream pop middle eight with female guest vocals. The synths are more dominant during the verses on the title track. The influence of the first Wire album (the title track of which Ceremony have previously covered) that lead guitarist Anthony Anzaldo cites as having influenced their playing style on this album is on display during the choruses of ‘Further I Was’. Along with ‘Turn Away the Bad Thing’, single ‘Presaging the End’ is also more effective as an album track. The guitars even take a slightly discoey turn around the three-minute mark, akin to Hard-era Gang of Four.

‘Say Goodbye to Them’ is the most overtly ‘new wave’-sounding song on side one and sounds like something one might expect to hear on the soundtrack of a John Hughes coming-of-age movie. The Wire influences spread to frontman Ross Farrar’s vocals on ‘We Can Be Free’. The synths on ‘Years of Love’ and ‘Never Gonna Die Now’ have a far poppier, almost Squeeze-y tone to them than they did on any of the songs on In the Spirit World Now’s first side, wherein they remained relatively brooding. ‘I Want More’ recalls early 00s ‘post-punk revival’ bands like the Yeah Yeah Yeahs and The Rapture. The Wire influences come to the fore again on ‘From Another Age’ and ‘Calming Water’, though these latter two songs sound more like the post-punk progenitors’ ‘difficult’ third album, 154, than their trailblazing debut, Pink Flag.

As was stated near the start of this review, this album will generate controversy. Ceremony fans champing at the bit for more songs to serve as a soundtrack for shirtless sweaty dudes to do spin-kicks to will be left wanting. However, the deviation from the band’s original material came as less of a shock to this reviewer than The L-Shaped Man’s songs initially did, and some of those songs have proven to be growers with repeat listens. Whilst the album’s possibly unlikely to stand the test of time as one of the band’s best, there’s no question that their desire to move forward rather than stand still has produced one of the year’s most interesting and innovative albums. The Wire influences could well help stimulate fans who enjoyed the band’s work from the early 2010s, and it will be fun to see how well these songs can be integrated into a live setting alongside Ceremony’s more abrasive material. In the Spirit World Now is certainly not for everyone and the execution of the band’s aims for it isn’t always perfect, but for people who want to see a former powerviolence band adapting to more nuanced musical stylings, it’s well worth checking out. Although the first thing this reviewer did after it ended was jump around his living room to the barnstorming opener from Rohnert Park…