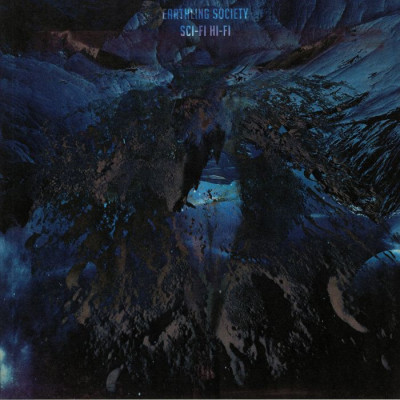 Something of a curios egg within the grand scheme of things, the new reissue of Sci-Fi Hi-Fi from now defunct space travellers Earthling Society is a reminder that there was life prior to that remarkable run of albums which Fred Laird and Jon Blacow resolutely rearranged our minds with. Arriving just as new project Taras Bulba appears with a debut release, it’s perhaps a timely reminder of how ingrained into UK space rock that Earthling Society were. They may have always remained at cult, underground status, but that bears no relation to the astounding sounds, and amazing music that was delivered.

Hearing Sci-Fi Hi-Fi now is a rather unusual, and almost quaint thing. From pushing the boundaries as far as Earthling Society could go, much of the music on here sounds rather primitive. An allegiance to the music of Hawkwind is all over this album, although given the bolstered production by John McBain, it does kick some serious ass when it wants. The sheer ferocity in which the guitar shreds your face on ‘Temple Ov Flaming Youth’ leaves you rushing for the DO NOT PANIC button, grabbing the nearest towel you can find in the hope that just maybe you can hitch a lift on this passing spaceship.

That ferocity returns later on the superb ‘EVILUSA’, but it’s on the more deeper fare such as ‘A Future Dream’ that you get a grasp of why Earthling Society always managed to hit the right emotional heartstrings. Anyone can throw a riff together and make up some space rock nonsense, but not everyone can temper that with a monumental emotional heartbeat of a song. Sure, parts of it sound dated and clunky, but that adds to the ramshackle charm, and it is this that elevates the album.

Kudos go to Weird Beard for taking the time to reissue this album as it shines a light on a forgotten part of psych history. There is a gap in the space rock continuum where before the second birth of vinyl, much has been consigned to the history of CDRs. Hopefully more of this type of thing will continue to surface as it joins some rather important dots between the early psych freak-outs and the new psych movement.

Sci-Fi Hi-Fi may not a perfect album by any stretch of the imagination, and there are some moments which, although they are suitably spaced out, lack the imagination of what would come later. We all know what Earthling Society went on to create, now you can find out part of where it came from. A worthwhile look back at one of the premier psych bands of recent times.