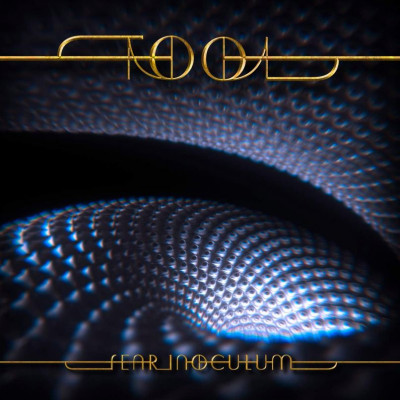 Maynard absolutely said it best – this album was fantastic eight years ago. And it’s fantastic now.

There’s honestly not a hell of a lot you can write about this release that hasn’t already been said, doesn’t sound trite or forced, doesn’t mention the lengthy time gap, holds off making some sort of link to political climates then vs. now, references rabid Tool fans in a positive light, etc…

Look, we all know the world has changed. It’s what it does. We know that humanity has slid a little further into the toilet, that the environment is a little more fucked (see: a lot), that we’re all a little more jaded and that we’re all a little bit older, and hopefully a little bit wiser. Thirteen years older in fact. And guess what? For all those Tool detractors, naysayers, trolls and general misanthropes gleefully rubbing their hands together for all this time saying ‘lmaooo it’ll never happen’…

It fucking did. And it did in a glorious, polished, heavy, throbbing, uniquely Tool way. And it’s pretty fucking great!

I’m going to disregard the ‘interlude’ tracks though. I know it’s possibly sacrilege to describe them as filler, but on previous releases I’ve thought of them as intros to the tracks that follow, while on this album they really do seem to be a little more separate and fractured, and to me detract from the whole. So, let’s just say the physical version is the business over the digital copy, ok?

It’s definitely an evolution as well. Sure, it has all the same Tool trademarks that we know and love and drew us to them in the first place, but they’re all….more. Adam has certainly added more chops, fuzz and balls to his playing style. Justin has even more low end grunt and swagger and playing off of Adam’s riffs. And Mr. Carey as ever is just flat out mythical in his playing. Drum fills for days, tom hits that seem almost chaotic but are most certainly not, triggering samples left right and centre… And that drum solo track (‘Chocolate Chip Trip’). Oh my lord. It’s like the last decade of the band playing live has reminded them that you really are just best sometimes winding him up and letting him loose upon a drum kit like some sort of groovy, vengeful Norse god. Bliss.

And where does that leave us with Maynard’s vocals? Well, while the days of lengthy Ænema/Undertow growls might have dissipated somewhat, they’re still there. And in their stead is more of his clear, angelic vocal style that in this instance fits the songs even better most of the time. That is, until we get to ‘7Empest’, where it’s a trip back in time to the early/mid 90’s and it’s all rage fueled growls, guttural barks, violence and brutality Tool style. It’s frenzied drumming (seriously, Danny goes nuts here), soaring, dirty guitar lines, thick syrupy bass chugging away and Maynard floating above to all, to sometimes delve back down into that sludge and live amongst it. A clear standout to me on the album, and what a balls out way to finish.

Again, the early reviews and comments from the band are right – this is not a first listen album. It’s not even a third listen album. Or tenth. This is a dense, weighty slab of complex, carefully thought out and surgically delivered music. Repeated listens will encourage peeling back layers, and more and more will become apparent each time. There is very little fat on this album (‘interlude’ tracks not withstanding), and on my first couple of listens it really did sound somewhat clinical. But it’s warmed, and so have I.

This is a wonderful release. I like it more than 10,000 Days. It’s not as immediately engaging, but I feel like in time I’ll still be finding things in it to make me sit up and take notice. And honestly, what a gift that is.

So… is it worth the wait? In short, no. But 13 years is a long fucking time, and I don’t think waiting 13 years for pretty much anything is worth it. BUT – it’s made me happy. It’s made a lot of people happy. And the world is a better place with more Tool music in it in my opinion. And therein lies the conundrum. I cannot possibly write enough words to describe the lengthy wait, the expectation, the rabid fandom, the giddy smile at actually being able to hear it… All of that.

It’s quite possible that you might not like this album. It’s also quite possible that the incessant ‘will they/won’t they’ has firmly driven you away. And that’s ok, and understandable. But you’re totally missing out and you owe it to yourself to at least give it a go. It’s proggy and groovy and metal and deep and very, VERY carefully written. And in this era of streaming and ‘playlists for you’ it’s refreshing to have something else entirely. While this album is on streaming services, it’s clearly not intended to be heard that way.

The best description I can give about Fear Inoculum is this – the first time I heard it was at a friend’s house party where a room of Tool fans all sat down to listen to it for the first time together. Big stereo. Caduceus wine (because why not). Palpable expectation and excited chatter. And then we all sat there for 86 glorious minutes as Tool squeegeed our brains. And after it was all done eyes met, smiles broke out and a collective ‘fuuuuuuuuuck’ escaped the room.