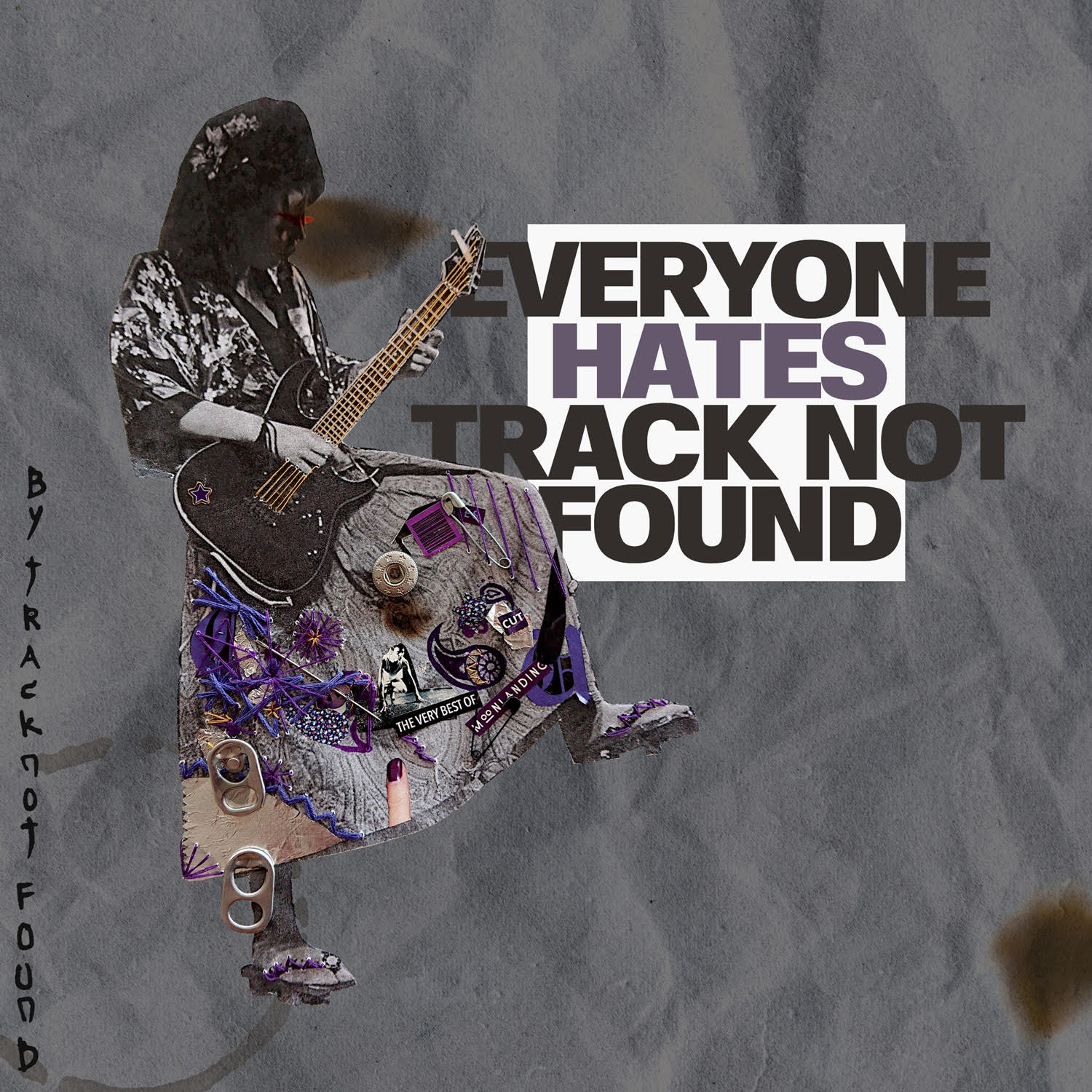 Track Not Found hail from Guernsey and play a soulful brand of grungy punk. Over the last three years the energetic duo of Grace Tayler (vocals and guitar), Maisie Bisson (vocals and bass) have been taking their local scene by storm and are now starting to gain acclaim on the mainland too. This month they arrive in the UK for their third ever tour of the UK, kicking off in Birmingham on the 24th October.

Speaking of the new single, lead singer Grace said “We started writing “Everyone hates track not found” in summer 2017, but properly finished it more recently. We really wanted to write a fun, catchy song, good to put on when in the mood for something light-hearted, not too heavy on the lyrics. I think it’s somewhat of a message to people being closed-minded about music, somewhat a vent about the arguably bad quality of most modern pop music but more a song about being yourself and overcoming negativity.”

For such a young band they have already been making some impressive strides. They self released their debut EP and single in 2018, which is when they first came across our radar & instantly identified themselves as a band to keep a firm eye on. This year they were invited to play at Liverpool Sound City and opened recently for King Nun in Guernsey, and will be supporting longtime E&D faves Pigsx7 later this year.

Ahead of it’s release tomorrow, we are very excited to bring you what we think is their most complete, and self-deprecatingly amusing, song yet. Have a listen.